Travel into the unknown on an Overland Tour

Do you ever find yourself scrolling aimlessly through travel websites, feeling uninspired by the same places you’ve seen a thousand times on your friends’ Instagram feeds? In our hyper-connected world it can sometimes seem like there are no true adventures left to be had, like everywhere worth exploring has already been well and truly explored.

But there is a type of holiday, still relatively unknown, that can take you into truly remote and unfamiliar corners of the globe. Overland touring eschews the speed and convenience of air travel, focusing instead on the joys of taking the scenic route. This is no gentle coach tour, however, as you’ll be travelling by truck, jeep or van into places with little or no tourist infrastructure, often through regions where roads are more of a vague ambition than a current reality. So buckle up and let us explain what overlanding is all about...

The advent of budget airlines has made travelling by air easier than ever, and even long haul flights are far more affordable than they once were. These days you could feasibly take a two-week break to just about anywhere on earth, and yet you miss out on so much by flying. Overland touring is all about slowing things down and appreciating the subtle (and sometimes not so subtle) changes in landscape, climate and culture as you travel across countries, regions and even continents. Travelling by truck also allows you to visit places that other modes of transport can’t reach, from remote mountain villages to forgotten ruins way out in the desert.

Where can you travel on an overland tour?

Overlanding may be all about slow travel, but that doesn’t mean you have to commit to months away from home. Overland touring pioneers Dragoman offer trips ranging from week-long short breaks to a mammoth 235 days on the road, along with everything in between. Itineraries typically focus on Asia, Africa or the Americas, and are designed to include both the highlights and the hidden gems of each destination. On a two-week whistlestop South American tour you could trek the Inca Trail, ascend to the dizzying heights of Lake Titicaca and spend time in the chaotic city of La Paz. At the other end of the scale, an epic four-month adventure through West Africa will take you to rarely visited countries such as Gabon, Guinea-Bissau and the Democratic Republic of Congo.

An overland tour is a genuinely immersive experience, travelling through challenging environments and taking you into communities that may never have seen a tourist before. Dragoman design their tours to incorporate cultural experiences such as staying in a yurt with Kyrgyz nomads or watching a performance from the famous Omdurman Whirling Dervishes in Sudan, and you’re also guaranteed plenty of unscheduled interactions along the way with curious locals. You’ll be travelling through spectacular natural landscapes such as the steppes of Mongolia or the South American altiplano, coming face to face with wildlife such as the mountain gorillas of Uganda or the jaguars of the Brazilian Pantanal. On an overland tour you have to expect the unexpected, and itineraries will always have a degree of flexibility; you may have to contend with poor roads, adverse weather conditions, police roadblocks or all of the above. Overland touring is also a communal experience, and everyone is expected to muck in with tasks like putting up tents, cooking and loading up the truck with luggage.

Who would enjoy an overland tour?

People often assume that overland touring is strictly for younger travellers, but only about a third of Dragoman’s clientele are under 45, so you can expect a real mix of ages and backgrounds. It is important, however, to note that this style of travel is not for everyone, and you should make sure you’re clear on what to expect before booking. You’ll mostly be staying in simple lodgings such as hostels or basic hotels, and you’ll often be wild camping with limited facilities. Travelling on bumpy roads over long distances can take a toll on both your body and mind, and some itineraries can be very physically demanding. But if you travel with an open mind and relish the adventure, the rewards of this type of travel are immense: you’ll visit places that few other tourists have even heard of, you’ll forge lifelong friendships on the road, and you’ll return home with a treasure trove of amazing memories and stories to share.

Christmas Markets of Austria and Bavaria 7 Nights from pp 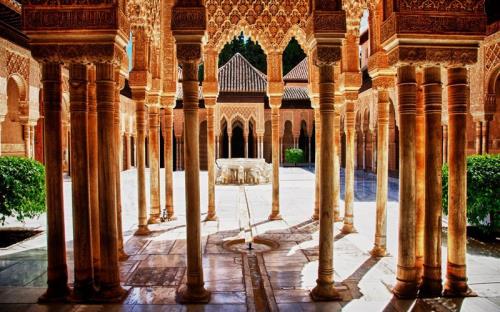