Search for Tours to Jordan

Search for Tours to Jordan

"Jordan is a spellbinding land of rust-red deserts and Bedouin nomads, scattered with the remnants of the civilisations that once held sway here."

Escorted Tours and Holidays in Jordan

A fascinating and mesmerising country, Jordan is rich in significant Biblical and historical sites and extraordinary desert landscapes that promise to take your breath away. It’s a legendary land that has been greatly influenced by many major empires and civilisations, all of which have left their everlasting mark in history.

When you go on a tour holiday in Jordan, you’ll discover a country bursting with natural beauty, hidden history and amazing sites of interest. Many of the best attractions are easily accessed from the capital city of Amman, an exciting hubbub of museums, mosques, shops, maze-like souks and tempting eateries. Amman is also a convenient gateway to Petra, Wadi Rum and the Dead Sea – all must-see landmarks, included in escorted tours to Jordan.

Travel to the east bank of the Jordan River to connect with Biblical Bethany where John the Baptist lived and Jesus was baptised, and follow in the sandy footsteps of Thomas Edward Lawrence to admire the landscapes that inspired his world-famous book, ‘Seven Pillars of Wisdom.’ Also, head south to Wadi Rum for a camel ride or desert camp adventure, and journey north to take a float in the salt-saturated waters of the Dead Sea. There are just so many unique escorted Jordan tours waiting to be discovered, from riding across the desert on a 4x4 to scuba diving in the Red Sea and visiting the Crusader castles.

The well-preserved Roman ruins of Jerash might be an attraction that you haven’t come across before, but it’s one that should not be missed. It’s easy to venture to Jerash from Amman, and, when you get there, you’ll find an impressive Roman city with some of the most remarkable ruins from Roman times. The ruins were hidden under the desert for centuries and rediscovered in the early 1800s. As it’s such a massive and often crowded site, it’s recommended that you hire an escorted Jordan tour guide to help you navigate the ruins and stay one step ahead of the tourists.

And, of course, your Jordan holiday isn’t complete without a visit to the ‘lost’ city of Petra, which was built thousands of years ago by the Nabatean people and is now a World Heritage Site that’s famous for its rock-carved architecture and dramatic red sandstone landscape. Petra spans an enormous area and is surrounded by mountains, valleys and narrow passages, so it is recommended to use a Jordan tour guide to get you around this breathtaking city. Expert guides are included in all escorted tours to Jordon. Boasting a huge range of interesting things to do and see, it’s easy to understand why Jordan is such a popular bucket list destination.

Jordan & Egypt: Petra to the Pyramids 12 Nights from pp 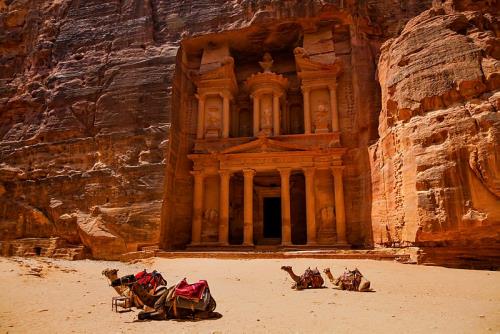 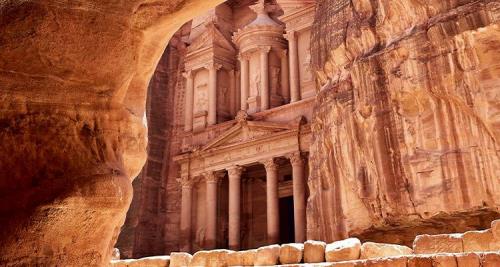 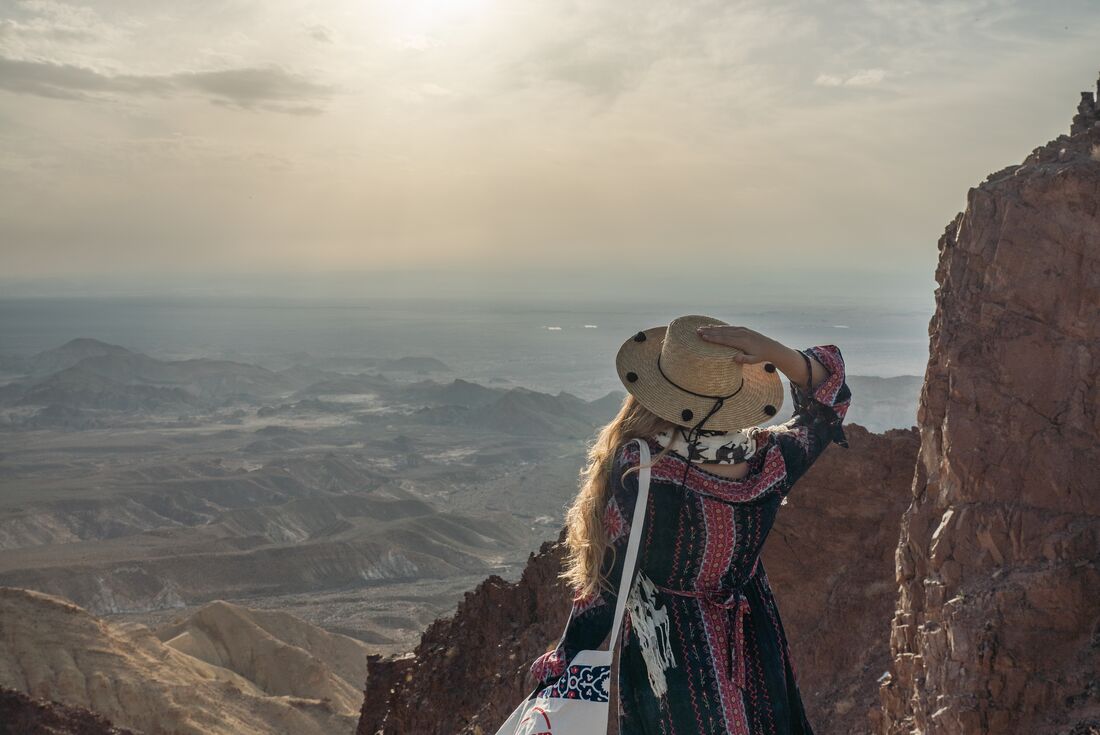 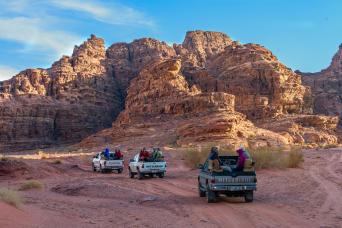 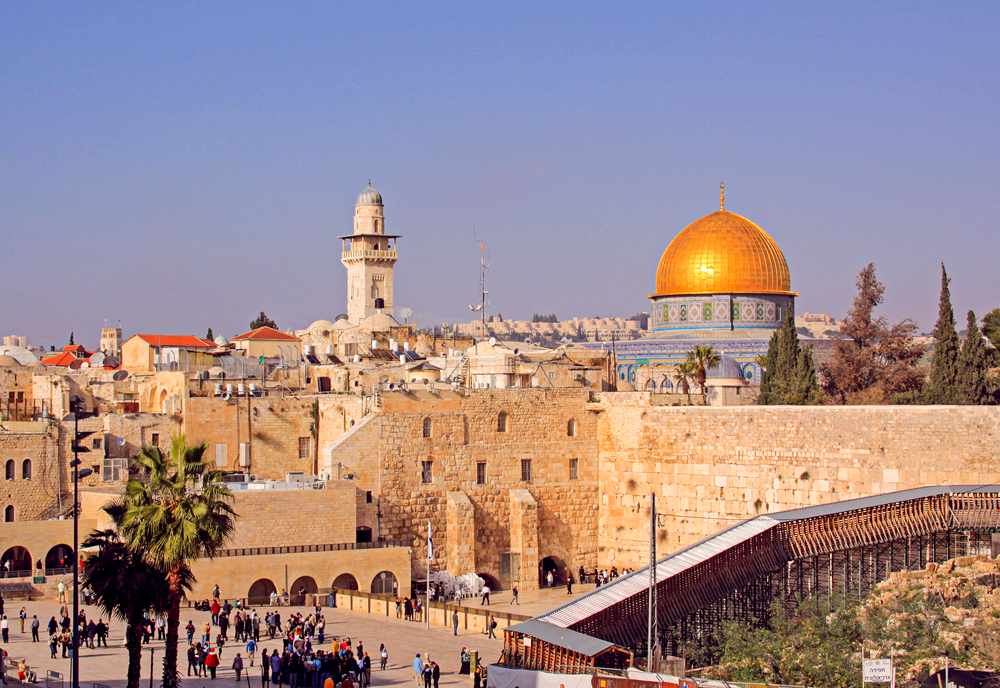 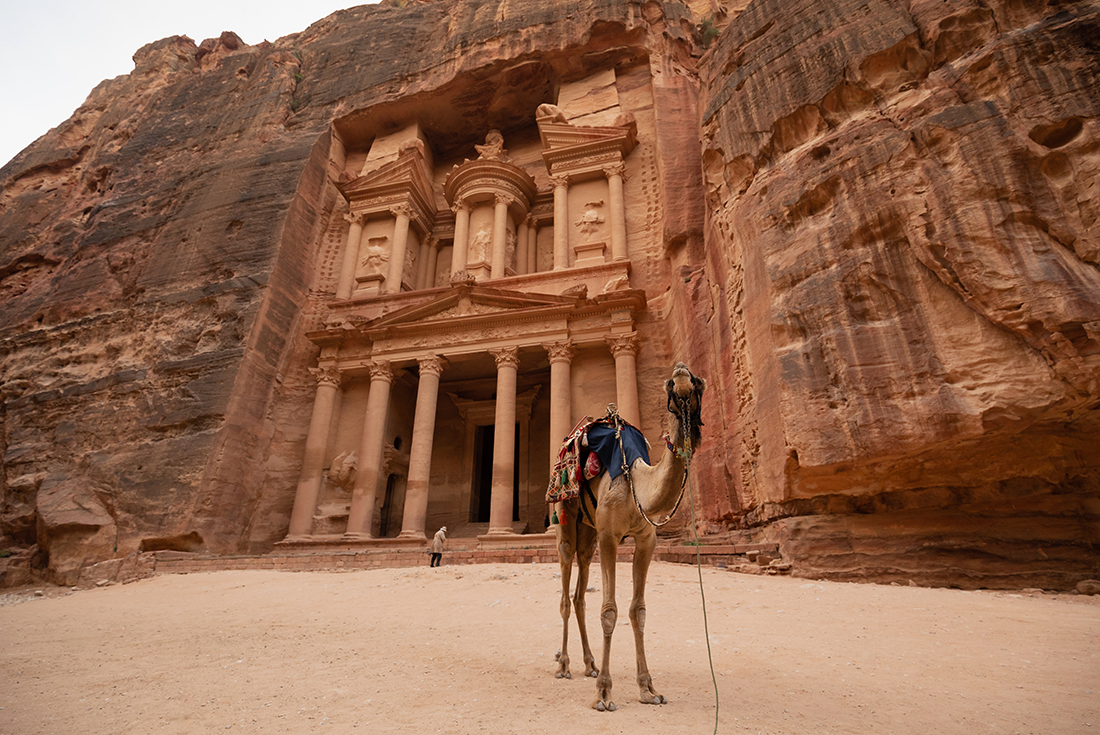 Join us on this journey exploring Jordan's historical sites and far-reaching desert landscapes.

Walking tour covering some of the world's most magnificent historic and natural sites of Petra and the breathtaking canyons of Wadi Rum.

A Week in Jordan

Visit the highlights of Jordan including magnificent Petra on this tour.

Discover the best that Jordan has to Visit the Wadi Rum Desert, the archeological of the Rose City of Petra. 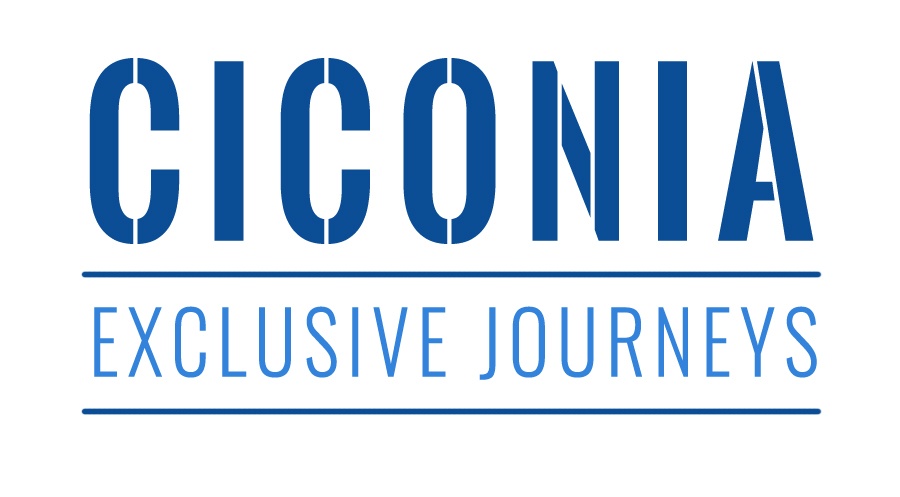 Enjoy a magical desert trek through Jordan on this tour.

Cycle through some of the most spectacular scenery and sites of Jordan.

Cycle through the spectacular desert scenery of Jordan and visit the most impressive historical can UNESCO sites.

On this trip we visit the fascinating historical and cultural sites of Jordan and Israel.

Jordan is famed for its ancient past but its present is pretty darn compelling, too So explore it on this tour.

Explore Egypt and Jordan Marvel at the legendary Pyramids of Giza & Sphinx in Cairo · Set sail down the Nile, one of the world's most iconic rivers.

Discover Petra is a real highlight of this tour and one of the world's greatest treasures with its stunning temples carved into rock.

Explore Egyptian cities of Cairo, Aswan and Luxor, then fly to Jordan where you'll see Amman, Jerash and Petra.

Explore Great Pyramids of Giza, the iconic Sphinx, the unique step pyramid of Sakkara, the world-famous Egyptian Museum, the impressive Valley of the Kings, the stunning temples of Abu Simbel.

Explore best of Israel & Jordan on this epic And a land of mystery and adventure.

Explore the treasures of the Middle East on an unforgettable journey that combines the highlights of Israel and Jordan.

Best of Egypt, Jordan and Israel

Experience the best of Egypt, Jordan and Israel on this tour

Discover the incredible Great Pyramids of Giza and the iconic Sphinx.