Explore Guatemala, Belize and the Caribbean coat of Mexico as you make your way from Cancun to Antigua. Experience local life, ancient ruins and marine life.

Upon arrival to Chichen Itza, a specialised guide will give you a detailed tour of the site, enjoying the quiet of the morning visit before the crowds. Throughout the tour, your guide will provide archaeological essential background to better understand the history of Chichen Itza.<br/>Discover how this large pre-Columbian city played an important role in the Mayan civilization around 600 AD to 1200, and remained a center of worship and pilgrimage until the arrival of the Spaniards. Even today, it is still considered sacred by the Maya people of Yucatán Peninsula site. Like many of the cities of ancient Mexico, the site was abandoned, and its ruins were hidden by jungle. Hear how the site was discovered and excavated by archaeologists, earning the protection of UNESCO and today considered one of the New Seven Wonders of the World. They will explain the philosophy, cosmology and mythology behind this ancient place, such as the meaning of the stone carvings, pyramids, platforms, ball games. Visit the Temple of the Jaguars, the Temple of the Warriors and of course the famous pyramid, also known as the Temple of Kukulkan. Hear how a serpent of light seems going up the stairs of this temple in the spring and fall equinoxes (around March 21st; September 21st). Enjoy a lunch box on your way back to Cancun.<br/>

Please make your own way to the bus station to catch your bus to Playa del Carmen.

Make your own way to the meeting point. Enjoy a snack and coffee (not included) in a nearby coffee shop before starting your adventure exploring fascinating caves in the jungle. Before entering the majestic caves, we will provide you with all the necessary equipment and your expert guide will give an introduction on the cave, on the safety guidelines, and will explain how to get in and out of the subterranean caves by following the signal system. The caves are not tight or narrow, so there will be no need to swim underwater (no scuba gear required).<br/>As soon as we get inside the cave, you will admire amazing limestone formations. We will be underground for about 2 or 3 hours. During this time you will see stalagmites, stalactites, sinkholes and incredible limestone columns. Be amazed by fascinating turquoise cenotes and underground labyrinths. Reach pathways that open into larger caves, where you will have some free time to swim, relax, and enjoy the sunlight. Go back to dry land where you'll find some facilities to dry yourself off. Breathe fresh jungle air and enjoy the view while you taste a snack. After this amazing adventure, we will head back to the meeting point where this amazing subterranean adventure will come to an end.<br/>

Please make your own way to the bus station to catch your bus to Tulum.

Discover the magical world of cenotes on this action-packed day tour. Considered sacred by the Mayans, cenotes are naturally formed sinkholes and provide a gateway to some of the longest underwater rivers in the world. Snorkel while you see centuries-old stalagmites and stalactites in this incredible place. Learn more about the Mayans and their culture. Then off to zip line over the jungle and rappel in a cenote if you want, take part in fun activities such as canoeing, and some jungle trekking to make the most of your experience. After, you will take a Mexican lunch which ends your tour.<br/>

Please make your own way to the bus station to catch your bus to Chetumal.

Please make your own way to the ferry terminal to catch your overwater transfer to Caye Caulker.

Discover the unparalleled natural beauty of Belize's marine life with a snorkeling experience that you will never forget. On this half-day tour in Caye Caulker Marine Reserve, you will get the once-in-a-lifetime opportunity to snorkel along the reef in complete serenity. Navigate through mazes of pristine coral reef among schools of tropical fish, and even get the chance to swim with nurse sharks and stingrays. See all this and more at three different snorkeling stops along the magnificent local reef of Caye Caulker.<br/>

Please make your own way to the ferry terminal to catch your overwater transfer to Belize City.

Please make your own way to the bus station to catch your bus to Flores.

Depart Flores at 4:30 am this morning for your early morning experience to Tikal archaeological site. Walk among giant pyramids towering over 200 feet at dawn to feel the magical vibration of Tikal and its historic splendor. Listen to the jungle sounds of exotic birds, monkeys and small mammals and feel the humid jungle air on your skin as the Maya inhabitants of this site felt it 2000 years ago. Immerse yourself in the jungle at dawn for an early morning tour through the archaeological site to experience the jungle come alive as it wakes up at sunrise, a once-in-a-lifetime opportunity to get in touch with nature and marvel at the majestic pyramids hidden away in the jungle.<br/>This magical ancient city is teeming with native flora and fauna. If you are lucky you may be able to spot a jaguar walking leisurely through the park, although large numbers of visitors have caused the wildlife to move further into the jungle away from the noise. Howler monkeys here are famous for their loud growling sounds which may surprise you from a tree top overhead. Keep an eye out for colorful birds throughout the park such as toucan, parrots, eagles and quetzals.<br/>Tucked away in the vast Peten Region that covers 222 square miles of lush jungle in the northwest corner of Guatemala lie the ruins of the most magnificent archaeological site and important Maya citadel in Mesoamerica. Tikal National Park, declared as a UN World Heritage Site in 1979, is the largest excavated archaeological site on the American continents and is one of the most important natural reserves of Central America.<br/>It is known that Tikal, meaning “Place of Voices” in Maya, was one of the most powerful cities of their era covering more than 16 square kilometers and dominating other tribes in the surrounding region as well as interacting with neighboring cultures as far as Teotihuacan in the Valle de Mexico. The site was estimated to house between 10,000 - 90,000 inhabitants before being abruptly abandoned over 1000 years ago.<br/>*<br/>It is necessary to purchase your entrance fee at any Banrural bank in Flores the day before the tour. The ticket booths will not be open at the time you arrive to take part in the sunrise tour.<br/>

Take a hike through the mysterious caves of Kanba (activity at your own risk) which are filled with extraordinary limestone formations distributed among an endless stretch of different chambers (so far, the end of the cave system has not yet been discovered) housing a sharp pointed rock altar where ancient Maya once performed sacred rituals. The Maya people of Guatemala continue holding spiritual ceremonies here and believe that the cave is the "heart of heaven" where the secrets of many centuries are held.<br/>Enjoy some free time to swim and go river tubing in the crystalline waters of Semuc Champey where there are natural pools filled with fresh mountain spring water above a 300-meter long limestone bridge. Flowing underneath the bridge is the Cahabón River where you will have time to swim in the cool waters in a beautiful natural surrounding immersed in native flora and fauna. At the end of the bridge you will visit waterfalls over 40-feet in height where the water from the pools rejoins the Cahabon River. The color of the water is constantly changing depending on factors such as the season, sun and rainfall, a characteristic of the national park that makes this place an idyllic and awe-inspiring setting to experience and take photographs.<br/>

Get up close and personal with an active volcano and brag to your friends about it. Hike up the Pacaya Volcano slope fo two hours and then trek onto dry lava that resembles a moon-like landscape. Look up to catch an eruption from the active volcano if you're lucky (depending on the activity of the volcano you may or may not see eruptions or lava). Take unforgettable photos in a landscape so surreal that you feel like you are walking on the moon. Admire the breathtaking landscape and views of neighbouring volcanoes peeking through the clouds around you. Take your time returning to the base of the mountain as you make your way down the slippery, muddy slopes. (Note: Horses can be rented for the trip up and back.)<br/>We recommend wearing comfortable trekking shoes and bringing a flash light and a walking stick (or rent one for a few dollars from local kids before you start your hike). It gets dark and steep on the mountain if you are going up in the afternoon. If you are travelling during rainy season bring a raincoat or poncho... you will definitely need it! Bring bottled water for the trek and some extra cash to buy snacks afterwards or pack a few power bars in your day pack to take with you.<br/>

Bamba has helped fellow travellers achieve their dreams since 2005, and in this time the selection of tours expanded to 80 countries and counting! Bamba started out with trips for the independent traveller, with an emphasis on flexibility and freedom. With time, they also developed heaps of amazing group tours, Voluntours, and tailor-made itineraries to help people see the world in a fun and unique way.

Bamba spent years selecting the best experiences out there so you can meet locals, immerse yourself in nature and learn about new cultures. Bamba's expert staff and dedicated customer service team are always striving to give you the security and confidence to push your limits and go where you've never been before!

The experience-driven group adventures they offer let you enjoy every destination to its fullest. Open your eyes to rich cultures and awe-inspiring places alongside a group of like-minded travellers. Learn from knowledgeable local tour guides and enjoy a set itinerary with transport, activities, accommodation and most meals included for a stress-free travel experience.  Trek the famous Inca Trail to the iconic ruins of Machu Picchu, delve into the heart of the Amazon Jungle or cruise through the waters of Halong Bay--the sky's the limit!

Check out Bamba's Authentic Adventures to experience a new kind of trip that takes you to the heart of your destination. See the main highlights and go off the beaten path to places that the typical tourist doesn’t get to see. Join a small group of like-minded travellers to explore unique destinations and discover the best they have to offer. Find hidden gems, feel like a local, and revel in thrilling adventures! Make sushi in Japan, stay at a local homestay on Lake Titicaca and journey through the lush Mexican jungle to find majestic underground cenotes - Authentic is the tour that keeps on giving!

Bamba understands that we all share the responsibility to protect our beautiful planet and our fellow human beings. Their strong commitment to support the communities they visit and their local economies is reflected in their exceptional products and partners.

Travellers are also invited to create positive change by taking part in a Voluntour and giving back during their travels! Although the trips can be short in duration, they have a huge impact in the lives of local communities and fragile ecosystems. Teach children in Peru, protect endangered sea turtles in Costa Rica and help conserve the Amazon Jungle - travel and make a difference.

This tour is operated by Bamba Travel 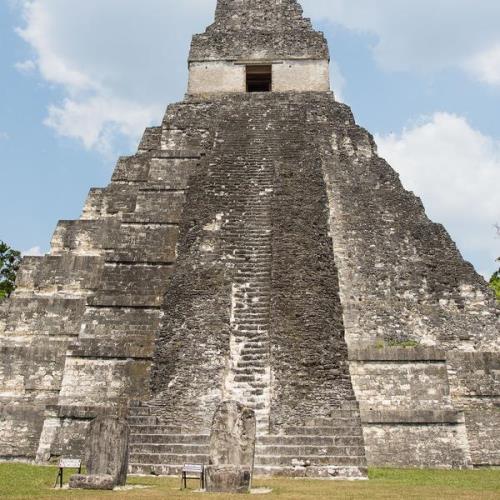