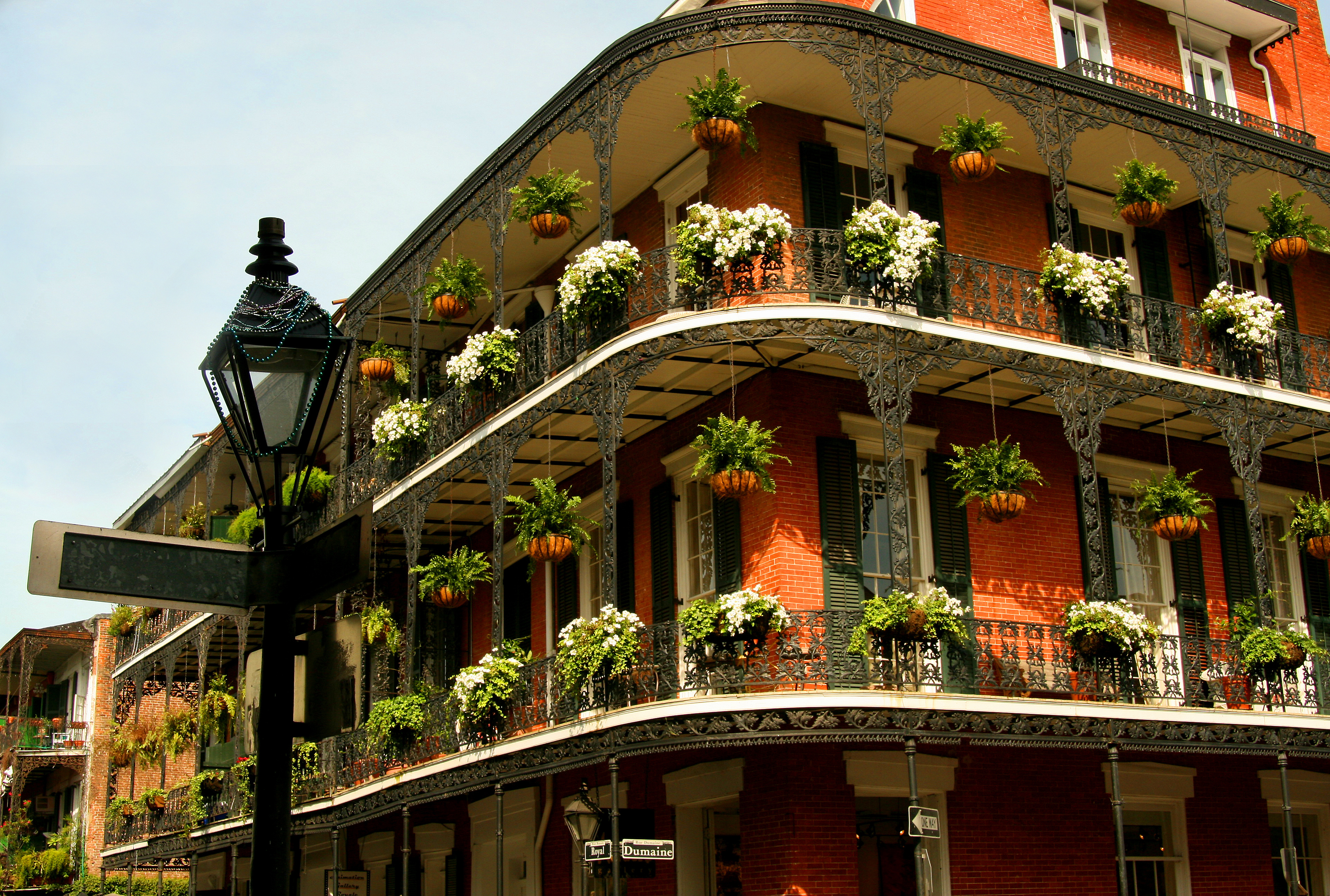 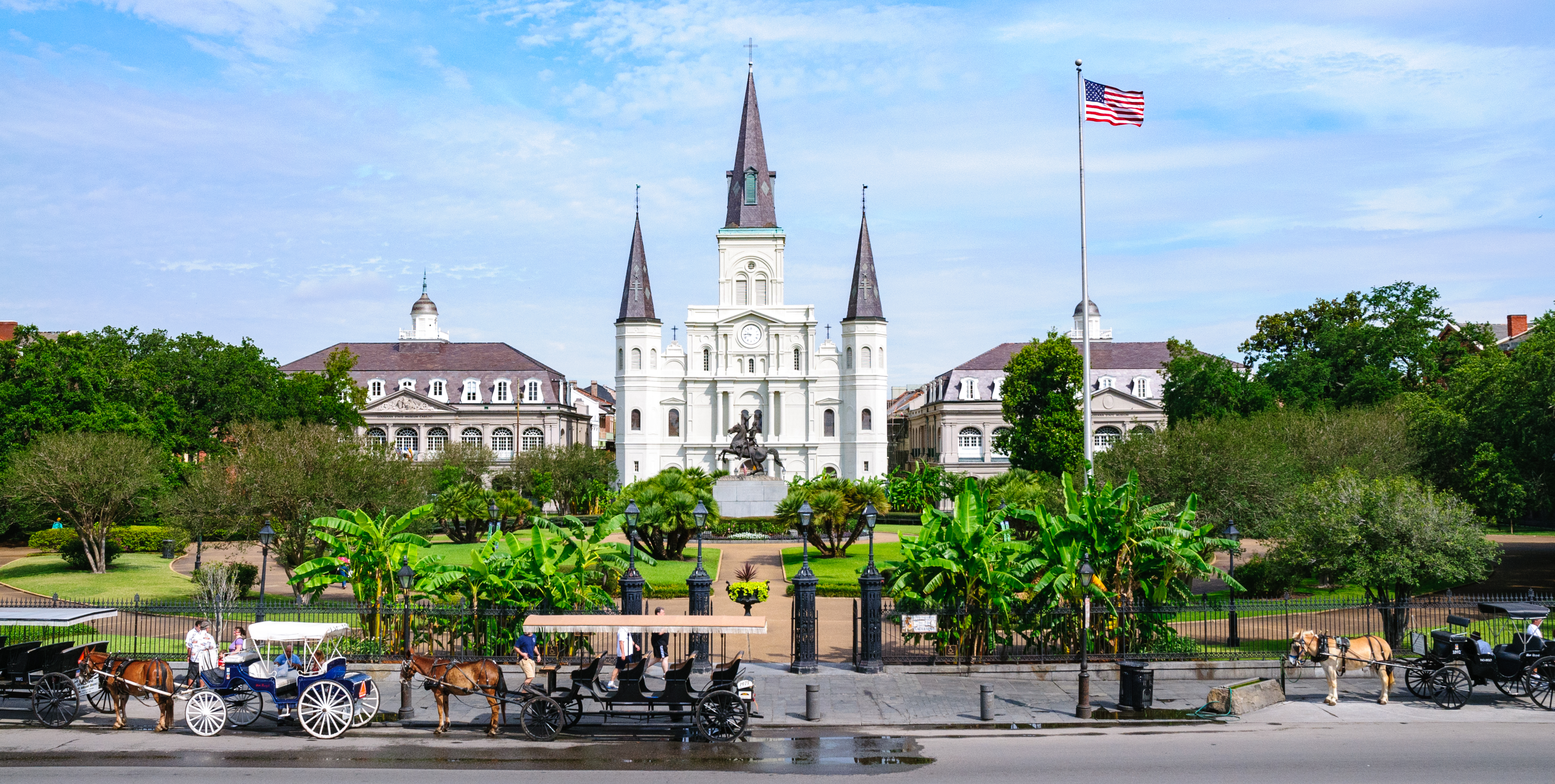 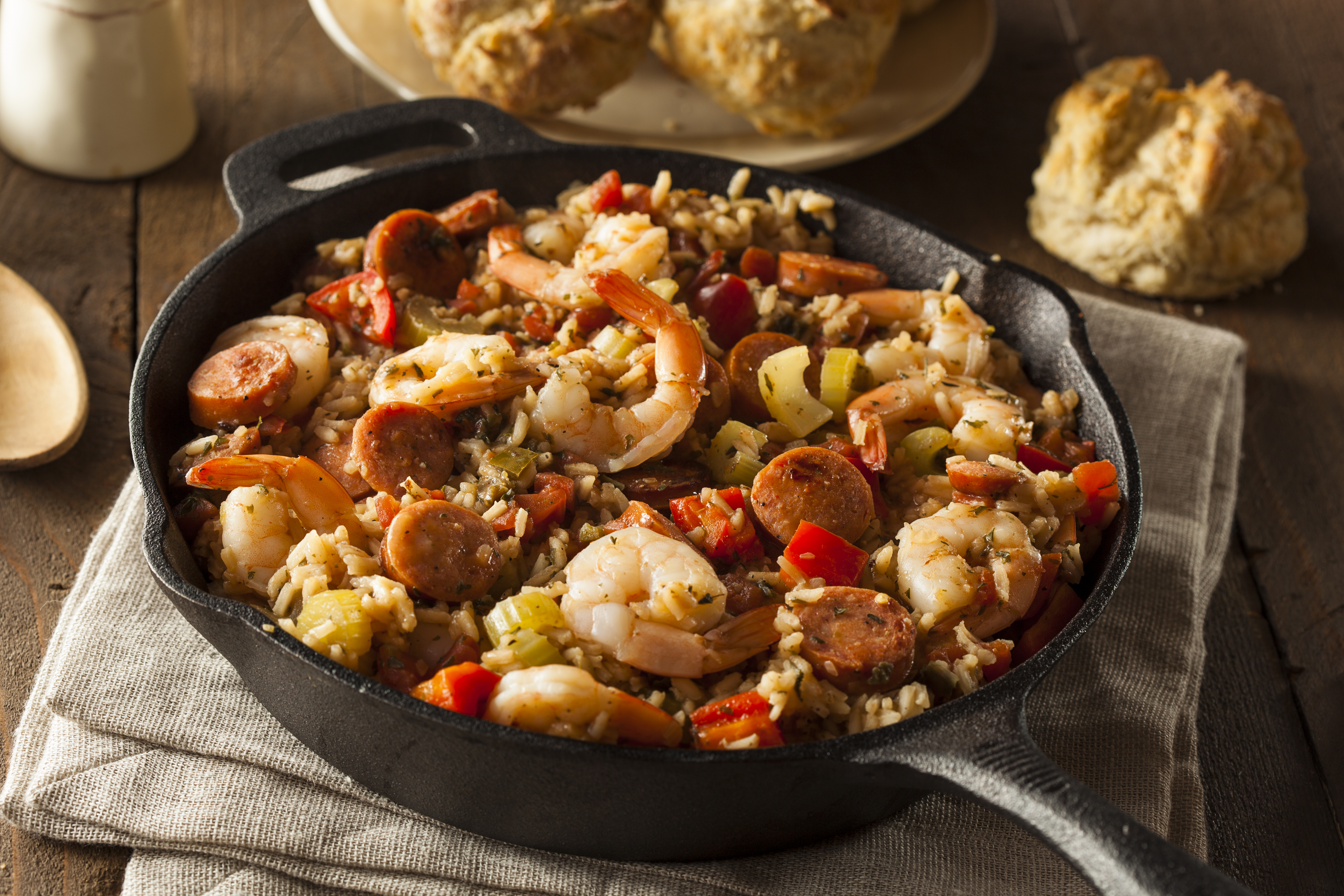 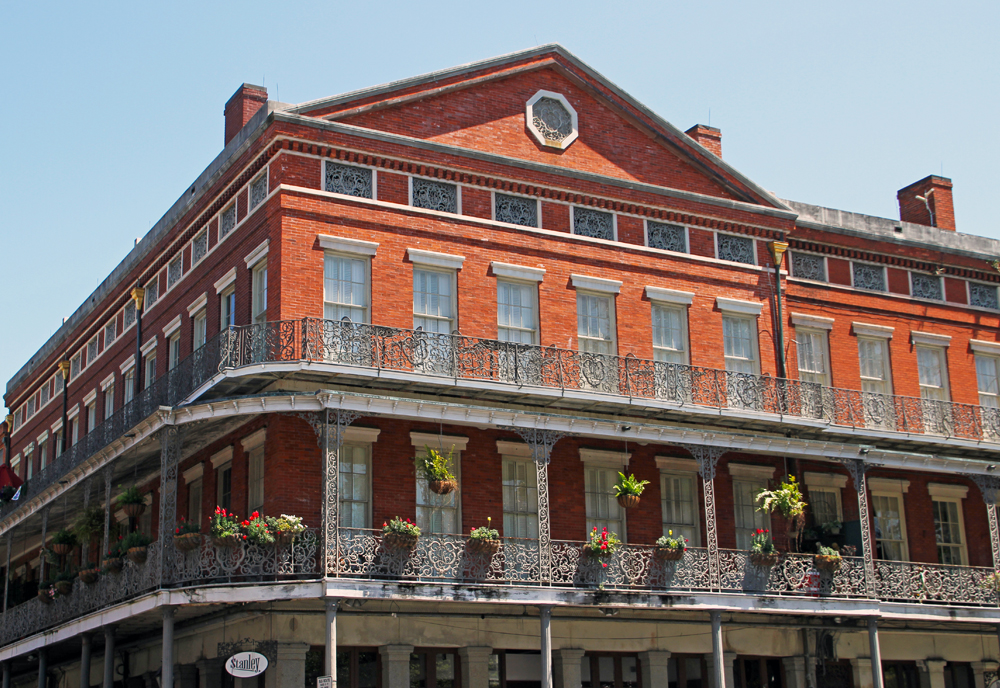 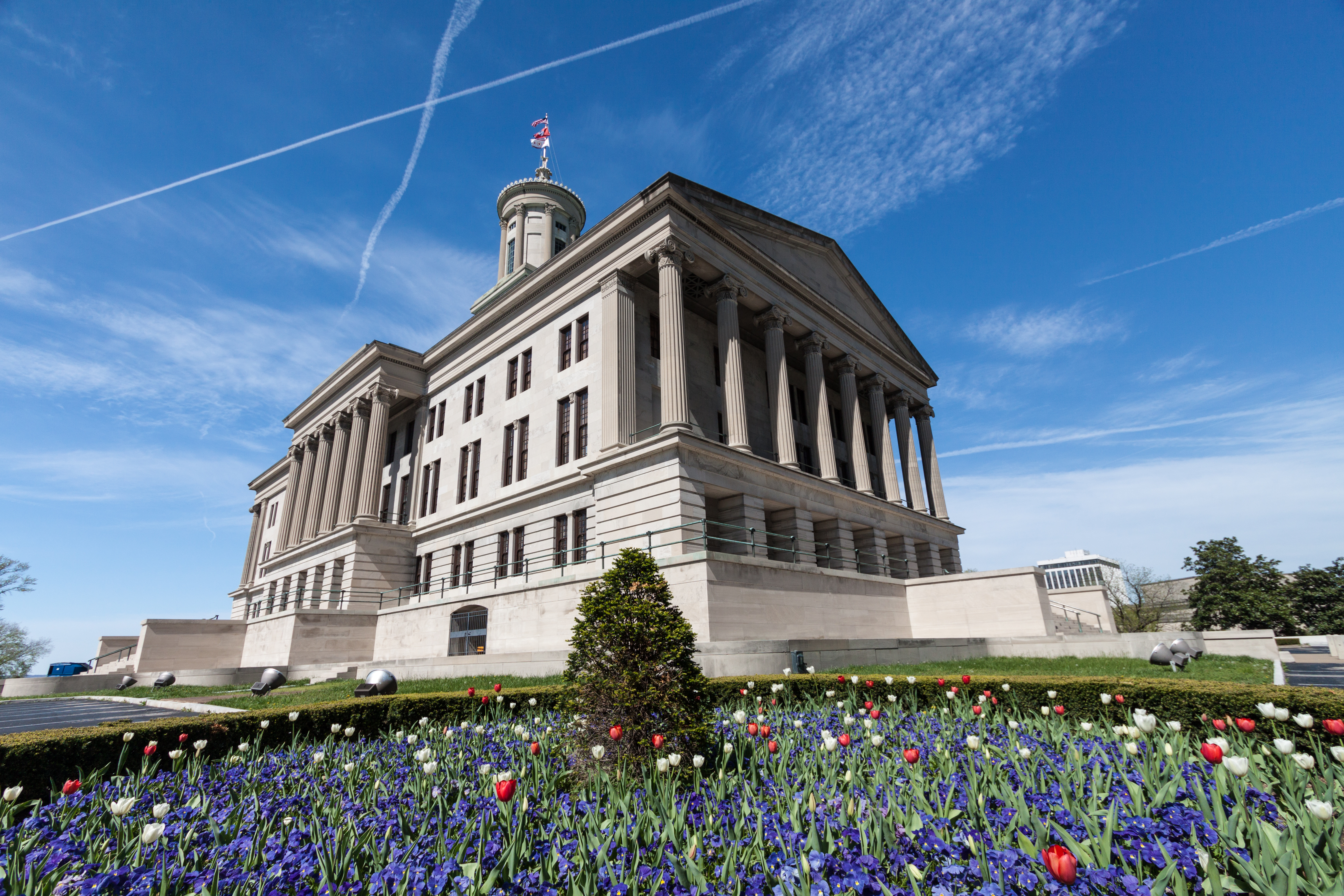 Enjoy a finger-snapping, toe-tapping time on this tour of America’s most famed musical cities. Visit Nashville, Memphis, and New Orleans, and revel in the sounds of the blues, jazz, country, and good old rock ‘n’ roll. Enjoy reserved seats at the Grand Ole Opry in Nashville. Tour historic RCA Studio B and see where country legends recorded hit songs. A visit to the Country Music Hall of Fame is sure to have you hummin’ and strummin’ long after you return home. Spend two nights in Memphis, "birthplace of the blues." Visit the West Delta Heritage Center with exhibits dedicated to Tina Turner and other musical legends of West Tennessee. Sample Tennessee whiskey at a local distillery with a rich history. Tour Elvis Presley’s Graceland. Experience the unique city of New Orleans, where jazz, food and fun are always on the menu. Take advantage of your choice on tour, whether it’s a stroll through New Orleans’ famous French Quarter alongside a local expert -OR- a panoramic motorcoach tour for a different perspective of the city. Discover Mardi Gras World, where the massive, magical parade floats are crafted.

Journey to the “Music Capital of the World,” Nashville!

Your day begins with a tour of the historic RCA Studio B for an insider’s look at Nashville’s oldest remaining recording studio where Elvis Presley, Dolly Parton and Charley Pride once recorded some of their classic hits. Learn how each artist recorded their chart-topping music in this famous studio – you may even have the opportunity to record your own hit! Then, explore the Country Music Hall of Fame, the largest museum of popular music in the world. The museum's vast collections of memorabilia, costumes, recordings and instruments are artfully presented in cutting-edge exhibits relaying the colorful histories of country music and its artists. Later, discover the flavor of the region at a family-owned distillery when you tour the facility and taste its Tennessee whiskey. This evening, take your reserved seat at the renowned Grand Ole Opry.* What began as a building where a local radio broadcast show aired once a week in 1925 has grown to become an entertainment complex that attracts music fans from all over the world.

Your day begins with a tour of the historic Ryman Auditorium,** the original home of the Grand Ole Opry. Journey along Music Highway to Memphis, the birthplace of the Blues, Rock ‘n’ Roll and Soul. We’ll make a stop at the West Delta Heritage Center to discover the roots of the country blues sound that originated in West Tennessee. The Queen of Rock, Tina Turner, was born here in Brownsville so it’s only fitting that there’s an exhibit dedicated to her. Enjoy Southern hospitality at your hotel just steps away from the iconic Graceland.

Put on your blue suede shoes and get ready to visit Graceland, the opulent home of the “King” himself, Elvis Presley. Enter Elvis’ 14-acre estate and visit his home, original business office, trophy building with exhibits depicting Elvis’ life at Graceland, racquetball court, and the Meditation Garden, where Elvis and members of his family have been laid to rest. Then, head out on a one-of-a-kind tour of the city of Memphis. You may be tempted to sing along as local musicians board the coach to tell the stories of Memphis’ musical heritage and its rich history. The remainder of your afternoon and evening are free to enjoy this city’s vast musical offerings. You may wish to spend more time at Graceland, join an optional Memphis Musical History Tour with dinner, dance to live music or spend the evening exploring Beale Street’s vibrant musical clubs!

Today you travel to the “Jazz Capital of the World” – New Orleans! This soulful city abounds with rich history, mouthwatering Cajun and Creole cuisine, and an incomparable soundtrack.

It’s your choice! Embark on a walking tour of New Orleans’ famous French Quarter where you’ll see the majestic St. Louis Cathedral, one of the city’s most recognizable landmarks; continue to the bustling French Marketplace where you’ll explore Pirates Alley and view the Cabildo, the Presbytere and the Pontalba -OR- set out on a panoramic motorcoach tour of New Orleans with a local guide that begins along historic Esplanade Avenue and rolls on to see St. Louis Cemetery #3, which opened in 1854 and holds some of the most elaborate crypts found in the city’s cemeteries; on St. Charles Avenue, marvel at gorgeous mansions and two world-famous universities, Loyola and Tulane. Whichever you choose, you’ll stop to taste a true New Orleans favorite – beignets at the famed Café Du Monde. Tonight, enjoy dinner on your own.

Journey through Louisiana’s swamp on a cruise*** narrated by the captain himself. Learn about the history and ecology of this fascinating ecosystem while keeping an eye out for wildlife including bald eagles, herons, turtles and alligators! Then, celebrate the festive side of New Orleans at Mardi Gras World, the working warehouse where artisans create the spectacular floats for the famous parades. You’ll even get to indulge in a tasting of king cake. Tonight, enjoy dinner at the Court of Two Sisters in the French Quarter followed by Maison Bourbon, a live jazz club.

The country music of Nashville, the sounds of Memphis, and New Orleans’ jazz and food comprise a journey full of experiences that will have you rockin’ and rollin’ long after you return home. 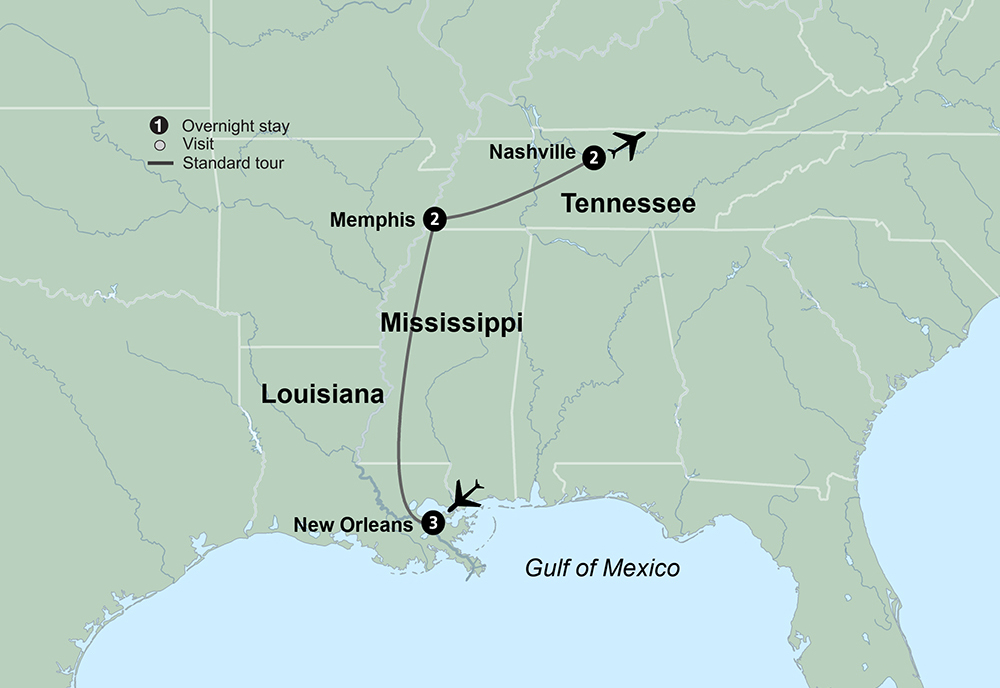 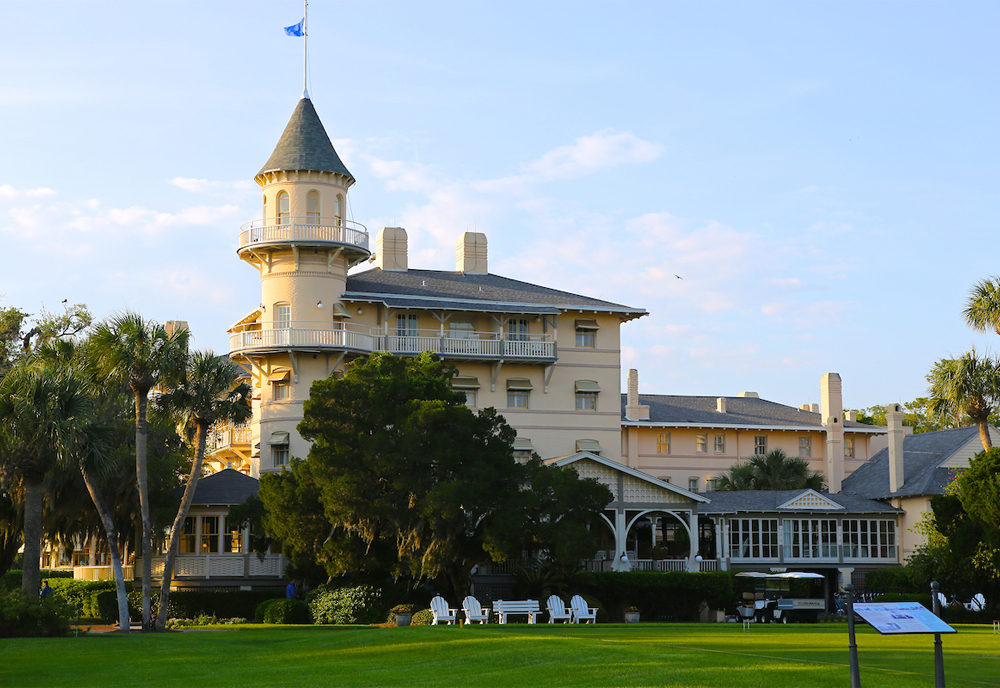 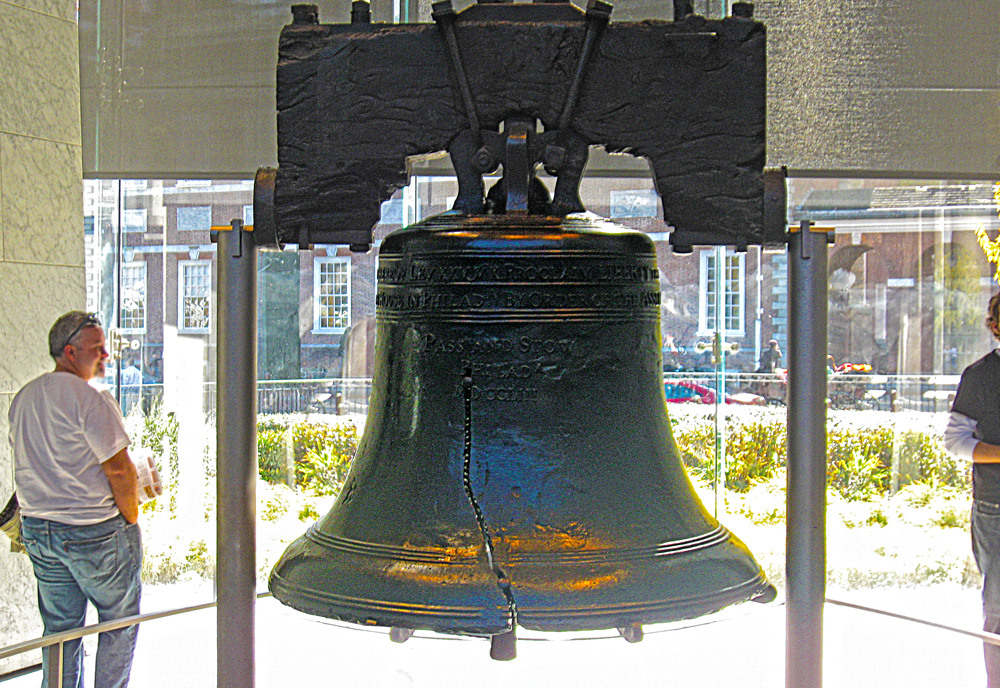 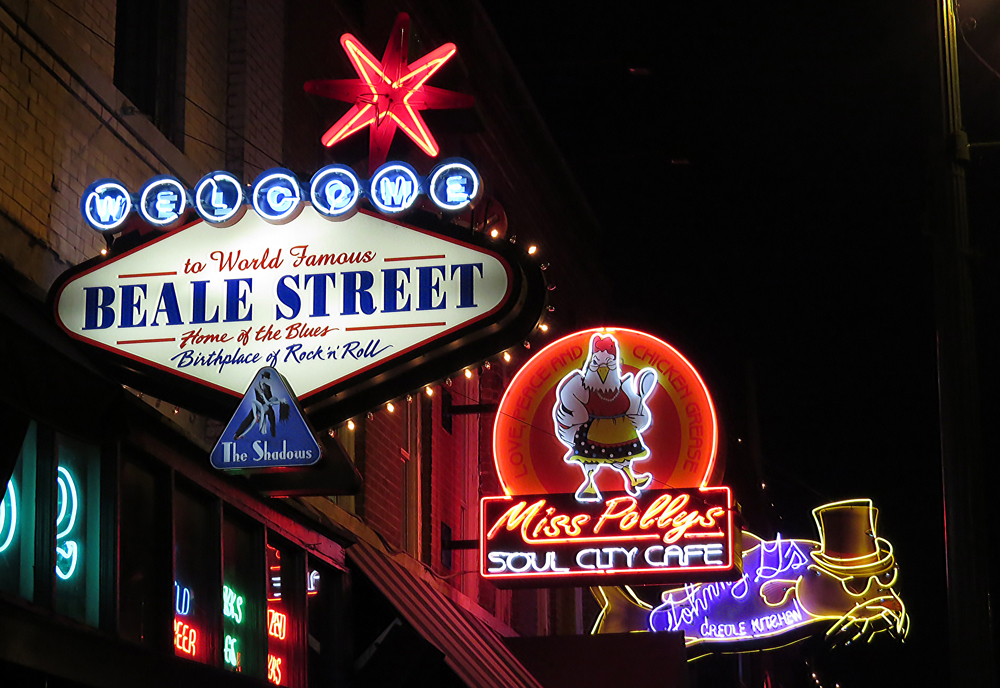 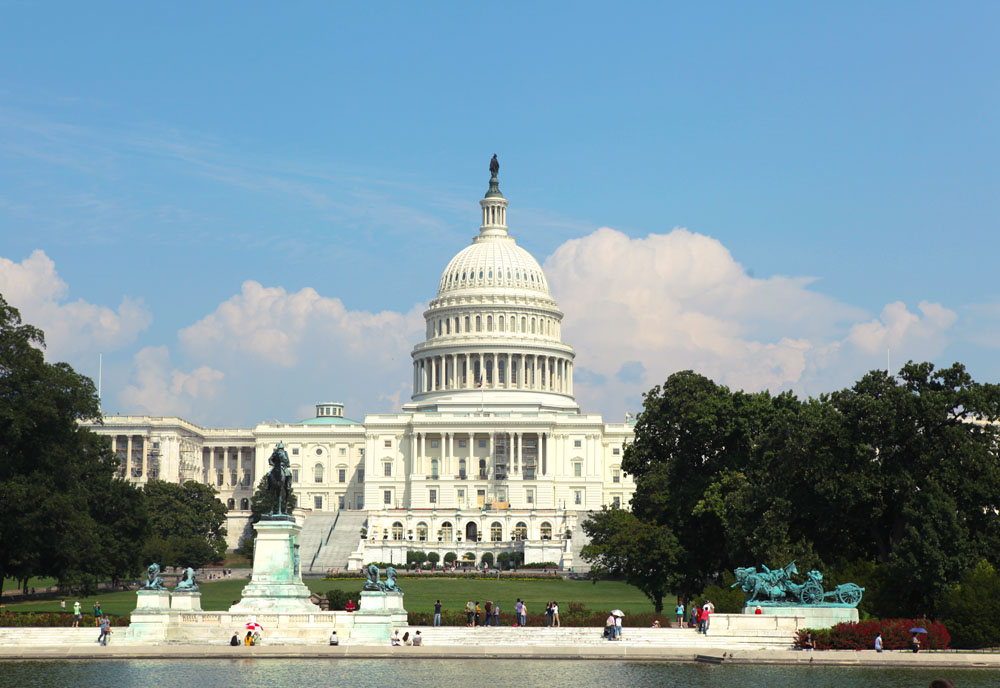 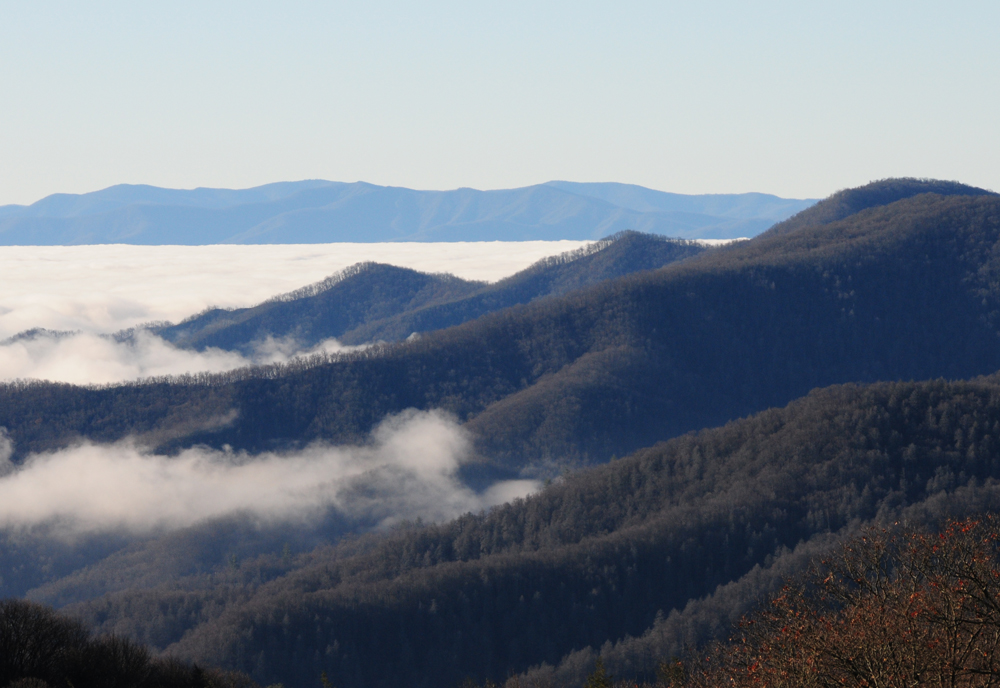