From the Atlantic to the Pacific Ocean, this road trip of a lifetime takes in the treasures of this mighty continent, as we travel from cityscapes to prairielands and beyond. Beginning in New York, this cross-country adventure takes in America's must-see sights and cities, such as Niagara Falls, Chicago, Minneapolis, Mt Rushmore, Yellowstone, Salt Lake City, Grand Canyon and Las Vegas finishing in Los Angeles where the world's capital of glamour, Hollywood, awaits.

Day 1: NEW YORK CITY.
Welcome to the “Big Apple!” Your Tour Director is on hand late this afternoon to answer any questions.

Day 4: WASHINGTON DC AREA.
See the graves of American heroes, including those of John F. Kennedy and his brother Robert, in beautiful Arlington National Cemetery. The nation’s capital is a sightseeing treasure trove, and your half-day tour with a Local Guide features Capitol Hill, the Lincoln Memorial, the Washington Monument, Arlington National Cemetery, National WWII Memorial, and other well-known sights. Stop for photos at the White House and Capitol Hill. As the remainder of the day is free, why not visit the Smithsonian museums?

Day 5: WASHINGTON DC–NIAGARA FALLS, CANADA.
A scenic day as you head north through Pennsylvania Dutch Country, home of the Amish and Mennonite religious sects. Then, along the Susquehanna River to Williamsport, the birthplace of Little League baseball and site of the league’s annual “World Series.” Later, cross the Rainbow Bridge to Canada and arrive at Niagara Falls, Ontario, for your overnight stay.

Day 6: NIAGARA FALLS, CANADA– DEARBORN.
This morning, board your Niagara Falls SIGHTSEEING CRUISE for amazing close-up views from the base of the falls. Then, travel the Niagara Parkway, admiring the sweeping landscapes of this scenic countryside. Head southwest and cross the farmlands and vineyards of Ontario, to Dearborn, a suburb of Detroit. NOTE: Operation of the Niagara Falls sightseeing cruise is subject to favorable weather and/or river conditions. If unfavorable conditions exist, a walking tour of the scenic tunnels will be substituted.

Day 7: DEARBORN–CHICAGO.
Begin the day with a visit to the HENRY FORD MUSEUM. Reach Chicago, America’s third-largest city, in the late afternoon. City sightseeing includes all the major landmarks of the “Windy City.”

Day 8: CHICAGO.
Today is free for independent activities. Perhaps take an optional cruise on Lake Michigan and through the locks of the Chicago River.

Day 9: CHICAGO–MADISON–MINNEAPOLIS.
First stop today is Madison. A vibrant city, situated between two sparkling lakes. A photo stop at the capitol before making our way to Minnesota—the “Land of 10,000 Lakes.”

Day 10: MINNEAPOLIS. EXCURSION TO THE MALL OF AMERICA.
Enjoy an orientation tour of the bustling downtown area of Minneapolis before reaching the MALL OF AMERICA, the largest shopping mall in the United States, featuring an extensive range of retail, restaurants, and entertainment.

Day 11: MINNEAPOLIS–MITCHELL–PIERRE.
Into the rich farmlands of South Dakota, homeland of the great Sioux Indian Nation. Stop in Mitchell to see the CORN PALACE, a remarkable Moorish-style building where the interior and exterior are covered with designs of corn outlined with grasses and grain. Stay overnight in Pierre, the state’s capital.

Day 12: PIERRE–BADLANDS NATIONAL PARK–MOUNT RUSHMORE–KEYSTONE.
First, a drive through Fort Pierre National Grassland to see the prairie as it once was when only buffalo and the Sioux Indians occupied the land. Next is BADLANDS NATIONAL PARK, where 37 million years of wind and water have carved a remarkably colorful sight. Then, head into the Black Hills and behold the granite faces of MOUNT RUSHMORE, a giant monument to four American presidents—Washington, Jefferson, Lincoln, and Roosevelt.

Day 13: KEYSTONE–CODY.
Head through the rich, mountainous country past Buffalo, where open-range cattle kings made war on the sheep ranchers of the 1880s. See Sheridan and then ascend into the alpine region of the Bighorn Mountains, and site of the Battle of Tongue River. Overnight in Buffalo Bill’s frontier town of Cody.

Day 14: CODY–YELLOWSTONE NATIONAL PARK–WEST YELLOWSTONE.
Travel through Shoshone National Forest to splendid YELLOWSTONE NATIONAL PARK. Follow Grand Loop Road to Artist Point with magnificent views of Yellowstone Canyon and the stupendous Lower Falls, nearly twice the height of Niagara. Yellowstone’s abundant and diverse wildlife are as famous as its geysers. It’s home to hundreds of animal species, including bears, wolves, bison, elk, and antelope. As a visitor to the world’s first national park, you may be lucky enough to encounter some of these amazing creatures in their natural habitat. Overnight in West Yellowstone, gateway to the geysers of Yellowstone National Park.

Day 16: WEST YELLOWSTONE–JACKSON.
Travel south into the Wild West town of Jackson. The afternoon and evening are free to explore the shops and museums of historic downtown.

Day 17: JACKSON–SALT LAKE CITY.
Today, drive to Salt Lake City, Utah’s vibrant capital. Set on the edge of Great Salt Lake Desert, this center of the Mormon religion is where Brigham Young declared to his followers, “This is the place.” An included sightseeing tour shows you the capital of Utah, including Temple Square, the tabernacle, and the Beehive House.

Day 21: LAS VEGAS.
A free day to explore Las Vegas. Your Tour Director can arrange an optional excursion to the Hoover Dam, and will have suggestions for the best shows to see this evening.

Day 23: LOS ANGELES.
Start the day with a sightseeing tour of Tinseltown. You’ll drive to Hollywood, and see the footprints of the glamourous stars at the TCL Chinese Theatre, and famous Hollywood Bowl. Then, on to elegant Beverly Hills followed by a drive down the Sunset Strip.

Day 24: LOS ANGELES.
Your vacation ends this morning. You can extend your vacation with extra nights and explore L.A. further.

23 nights from pp exc.flights; per Night 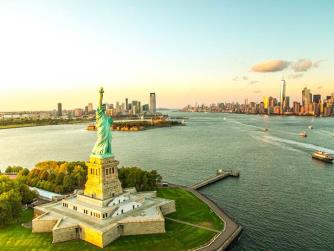 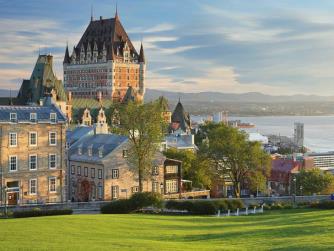 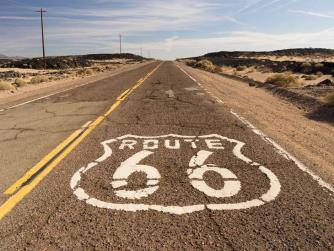 Highlights of Route 66 15 Nights from pp 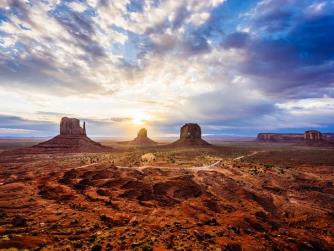 Highlights of the Canyonlands 6 Nights from pp 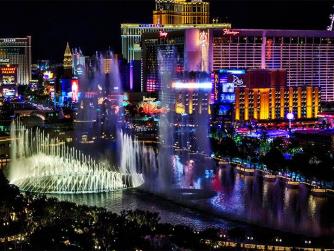 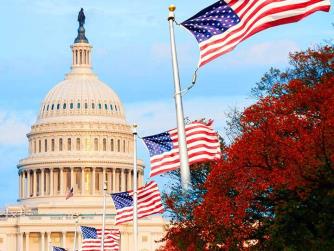 Cities of the Great East 7 Nights from pp 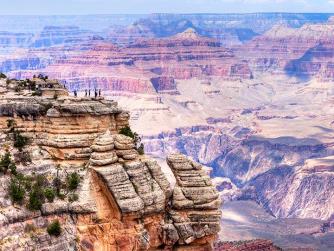 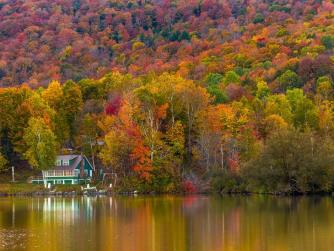 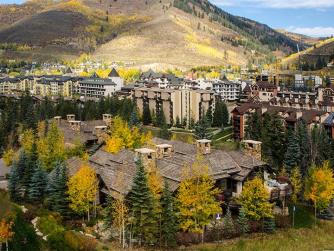 Grand Circle of the American West 13 Nights from pp 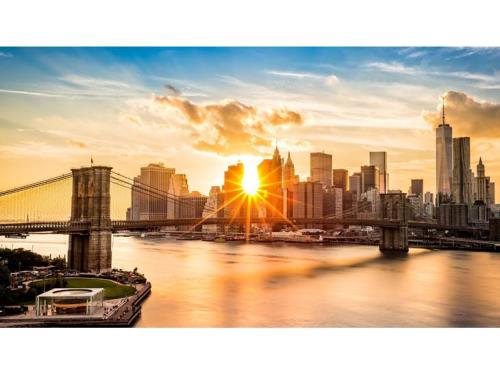