A Portrait of the Impressionists' Seine 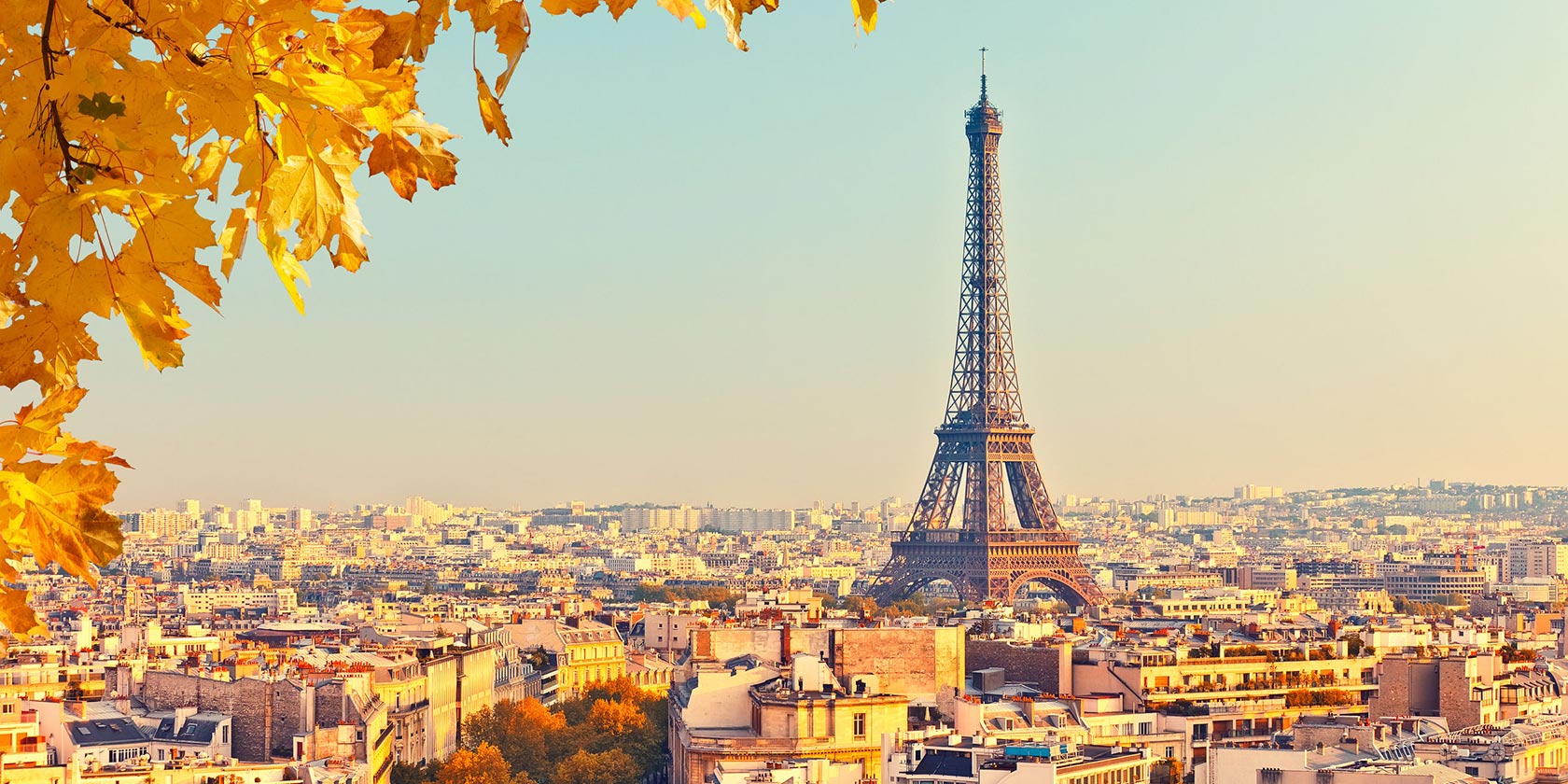 Cruising the scenic Seine, explore the world of the Impressionist artists, from Monet's famous garden at Giverny to the city galleries of Paris and Rouen. This is a tour that delivers the very best of Northern France.


Our tour begins at St Pancras where we meet at our dedicated Departure Office before boarding the direct Eurostar service to Paris. On arrival we transfer to our floating hotel for the next six nights. We are then treated to our first delicious dinner which is followed by a specialist talk introducing us to the topic of the Impressionist painters, the start of the movement, popular Impressionist subjects and the distinctive style that sets pieces created during this period of the 19th apart from their predecessors and contemporaries.

Please note: On Departure PIR1902 your Tour Manager will not join your cruise.

Day Day 2 - An impression of Paris


Today's excursions take us even further along the path of the Impressionists as we begin our discoveries with a guided morning tour of Château d'Auvers sur Oise. Situated in the village where Vincent Van Gogh spent his final months, this remarkable homage to some of the most renowned artists in the world takes us on a journey back in time, with the Château recreated to how it would have looked in the era of Monet, Renoir and Degas. There are also multimedia displays of their art alongside landscaped gardens laid out in typical Parisian style.

This afternoon we continue into the French capital proper, visiting the Marmottan Museum, which boasts a collection that features more than three hundred original works by Claude Monet, Paul Gauguin and Henri Matisse to name but a few. After time to look around the exhibits that track the time line of Impressionism into Post Impressionism, we return to the ship, where this evening we set out onto the waters of the Seine, taking in the illuminated 'City of Lights'.

Please Note: For departures PIR1901  and PIR1907 you will visit the Musee de L'Orangerie in the afternoon.


We start the day cruising to Poissy, during which time we are treated to another expert talk about Claude Monet and his role as a leading light of the Impressionist movement.

This afternoon we enjoy a shore excursion to the delightful village of Giverny, which lies close to the point where the River Epte meets the Seine. Now synonymous with Monet, Giverny very nearly missed out on getting its name on the map; it was during a train journey the artist made in 1883 when he decided that this was the spot he wanted to live and work in. With its instantly recognisable lily ponds, the gardens are the image of how they were when Monet first painted them, almost like stepping into one of his works, and the house still has the atmosphere of a peaceful creative retreat. We rejoin the boat in Mantes-la-Jolie and tonight there is a traditional French 'guinguette' evening held on board, an 18th century take on cabaret.


Our destination today is Rouen, former capital of Normandy, where we enjoy a guided tour that follows in the footsteps of the Impressionists themselves. Arriving in the afternoon, this medieval city is the proud home of The Museum of Fine Arts and its impressive collection of Impressionist compositions. We make a visit to the gallery as well as taking in Rouen Cathedral, which was depicted in oil paint by Claude Monet. His series of over 30 paintings show the building at all different times of day. One of Monet's passions was altered lighting states on his subjects, and the way something which usually goes unnoticed can alter the viewer's perception entirely. We return to our ship for tonight's Gala dinner.

Please Note: For departure PIR1906, on Day 4 we will not visit the Musee des Beaux-Arts in Rouen as it is closed. Instead we visit the Eugène Boudin Museum in Honfleur on Day 6 as a replacement.


We make our way to Duclair today, sailing through a landscape of steep cliffs and timeless villages, fleeting views of which helped inspire the Impressionist style itself. This makes the perfect setting for our third and final lecture, covering the topic of the geography of Impressionism in Northern France. On arrival in Duclair we embark on an excursion along the Route des Abbayes, exploring the abbeys that line the route of the river by coach. Stretching between Rouen and Mont-Saint-Michel, this historic trail has seen religious orders being built here from the 5th century onwards, and at one point there were up to 120 sites of worship. Later we continue upriver to Honfleur, where we moor for the night.


This morning we take a tour of the historic fishing port of Honfleur. Its 'Vieux Bassin' area boasts a number of preserved traditional buildings and the town is famous as being an important influence in the work of many artists, including Monet, Courbet and Boudin. Here they set up the Ecole de Honfleur, an artists' colony, a melting pot for the whole Impressionist movement.

After lunch, we take a guided trip along the Alabaster Coast, part of a plateau known as the Pays de Caux. These striking, sheer chalk cliffs feature in many Impressionist artworks because of their effect on the interplay of light and shadow reflecting from the water. Back on the ship tonight we enjoy our final group dinner together.


After breakfast we transfer back to Paris for the Eurostar to London, where your tour comes to an end. 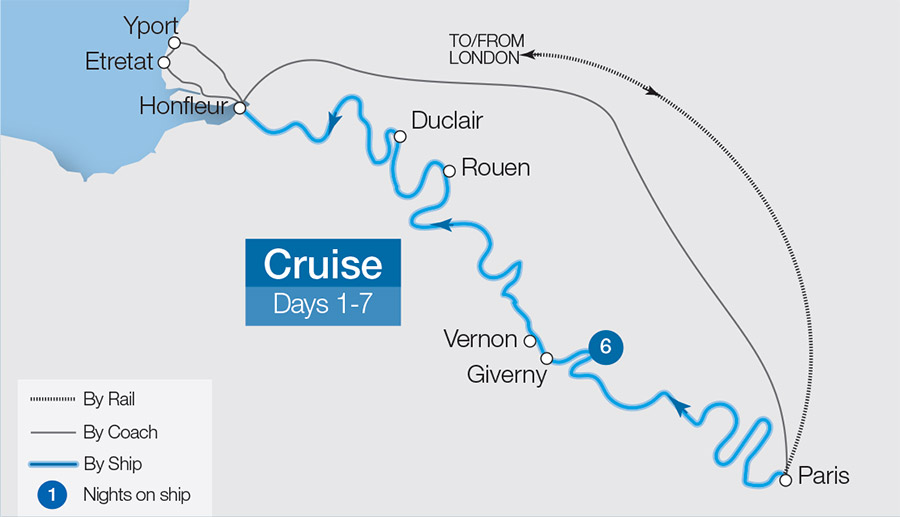 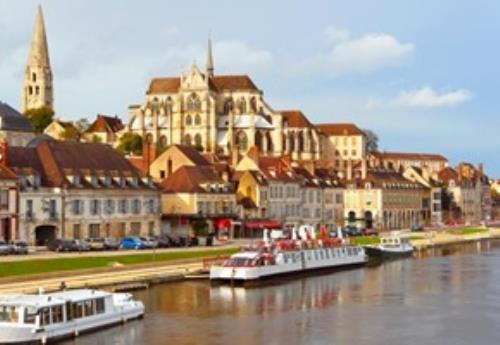 The Waterways of Burgundy 6 Nights from pp 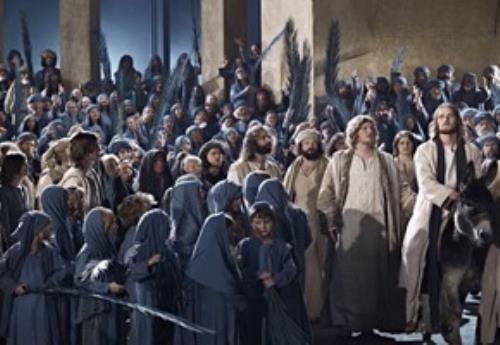 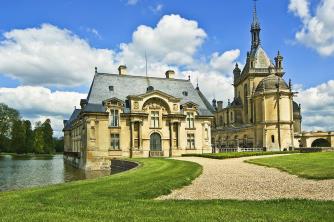