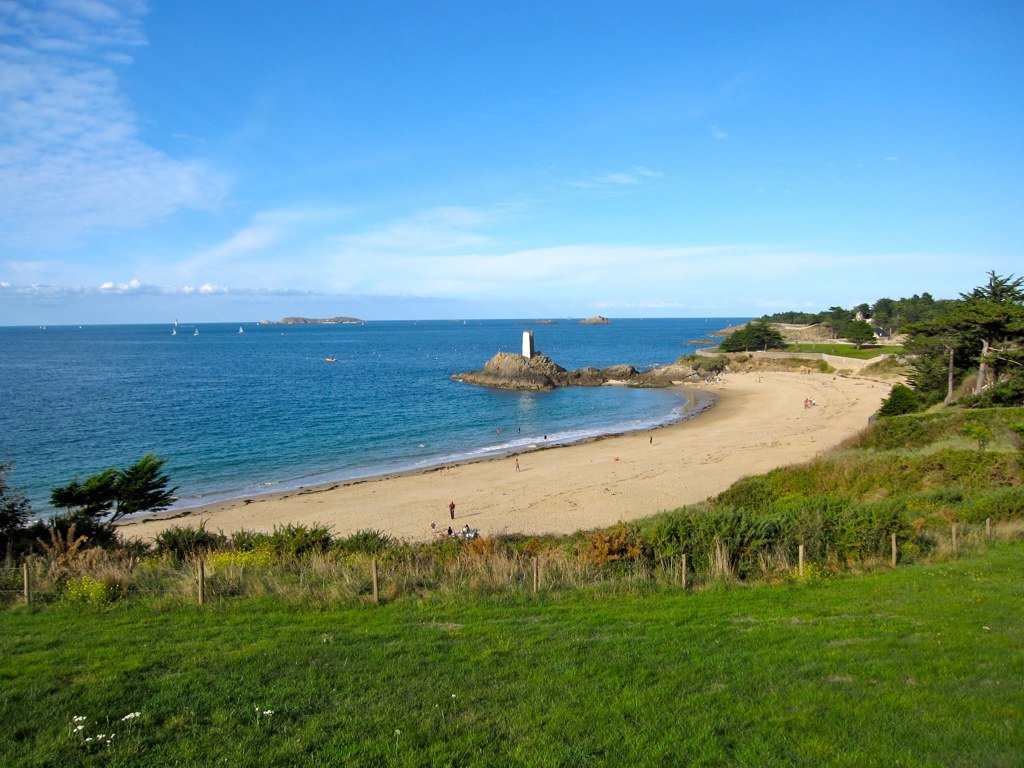 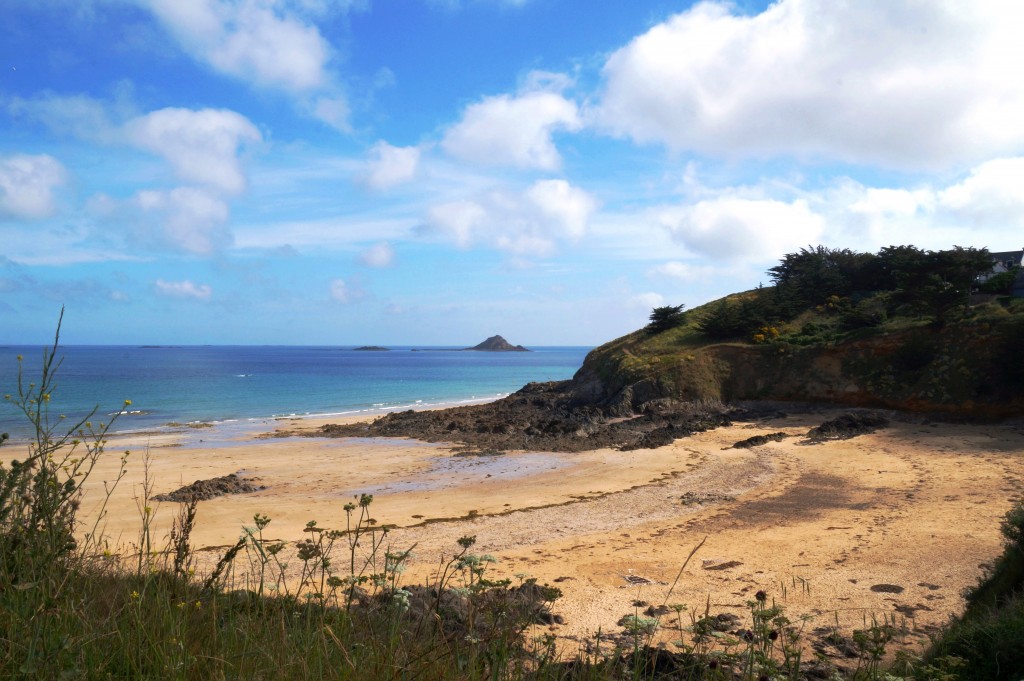 Brittany's Emerald Coast boasts some of the most stunning scenery in Europe, yet is relatively untouched by tourism. It's a landscape of pink-gold cliffs, deserted poppy-fringed beaches and traditional friendly Breton villages.

Le Manoir des Portes (3 star)
Situated just 3km outside Lamballe in the little hamlet of La Poterie, this charming 16th century manoir, run by the affable M Jamin, is the perfect place to get away from it all. All the 16 cosy rooms are individually decorated and have lots of character. In the main, they overlook the beautiful gardens, where you can relax with a good book or enjoy an aperitif before dinner.

Hotel de Diane (3 star)
This lovely little hotel is located 100m from the large beach of Sables d'Or. The hotel is traditional in style and dates back to the 1920s, although it has had extensions and modernisations to the rooms since this time! Rooms are located in two buildings; the first building has a far more traditional feel to it in terms of decor, compared to the new rooms, which are modern in style. All rooms are well decorated and some rooms have balconies.

Hotel Printania (3 star)
With its superb location a short 50m stroll from Dinard's main beach and situated right on the sea front looking out towards St Malo, the views from the Hotel Printania are fantastic! The hotel seems more like a museum in style: its quintessionally Breton public rooms - including a sitting room with piano which guests are welcome to play! - all feature the carved wooden furniture typical to the area, as well as paintings by local artists and Henriot Quimper porcelain. All 55 rooms are ensuite and all are individually decorated with characteristic Breton detail. Headwater customers stay in the delightful upgraded sea view rooms. Please note that the triple rooms at this hotel only have a double bed and a single bed; three-bedded rooms are not available.

Hotel D'Avaugour (3 star)
We are delighted to have found this lovely hotel right in the heart of mediaeval Dinan. All the rooms are en suite and individually decorated with stylish soft furnishings. The hotel has a small bar and a beautiful garden where you can have breakfast or enjoy a pre-dinner drink. Walk to the end of the garden and you find yourself on the ramparts of the town.

Day 1: Arrive at Lamballe
Your holiday starts at M. Jamin's 16th century manor house in the countryside, just three kilometres outside the market town of Lamballe. With only 14 rooms, it's a lovely, intimate place to stay. The courtyard opens up onto beautifully kept gardens and an elegant terrace for al fresco dining on fine summer evenings.

Day 2: Lamballe to Sables d'Or-Les-Pins 17km/11mi/5hr
You take a short transfer to the tiny Breton fishing port of Dahouet. From here, it's coastal walking at its best: extensive views, aquamarine seas, white sandy beaches and rocky coves - don't forget your swimming things! Lunch on the beach at Caroual then head inland and on to your lovely hotel at Sables-d'Or-Les-Pins.

Day 3: At Sables d'Or-Les-Pins
Sables-d'Or-Les-Pins is a lovely seaside village with magnificent golden sand beaches. It would be easy to just spend the day here, however we strongly recommend following our suggested circular walk (route notes provided) along a spectacular coastal footpath around the cliff and on to nearby Cap d'Erquy, a delightful fishing village with some outstanding seafood restaurants for lunch.

Day 4: Sables d'Or-Les-Pins to Fort de la Latte/Dinard 17km/11mi/5hr
Deserted beaches and heather-topped cliffs provide the colourful backdrop for today's walk which leads you via the Cap Frehel Lighthouse (look out for nesting seabirds) to the famous 14th century feudal stronghold of Fort la Latte. Perched on a rocky promontory over the ocean, this castle occupies one of the finest sites in Brittany. Climb up the tower for magnificent coastal views, out as far as Jersey on a clear day.

Day 5: At Dinard
Once a sleepy fishing village on the estuary of the Rance, the English transformed the town into one of the most famous and upmarket resorts in Europe during the 19th century. Although a little quieter now, it has not lost any of its charm and many of the Belle Epoque villas have become historic monuments. Walk out to the Pointe des Etretes for views of the off-shore islands, or take a 10-minute water taxi across the bay to St-Malo and lose yourself in the narrow cobbled streets within the Intra Muros (fortified walls) of this ancient medieval city.

Day 6: Dinard to Dinan 19km/12mi/6hr
Starting with a transfer to the picturesque Breton village of Langrolay-sur-Rance, today's route takes you inland, mostly following the course of the River Rance. It's wonderfully tranquil walking through shady forests, fruit orchards, and along peaceful riverside paths. Your 4 star hotel in Dinan is superbly located within the ramparts of the medieval old town.

Day 7: At Dinan
This beautifully preserved ancient walled town, with its riverfront port, is an absolute gem. Wander round the splendidly restored ancient squares and ramparts, visit the imposing 13th century castle, admire the flamboyant Gothic basilica and stroll along the cobbled streets packed with authentic artisan workshops.

Day 8: Dinan to Plorec/Lamballe 18Km/11.5mi/5hr
You take a short transfer then it's off through the Pays du Tour du Penthievre where shady woodland paths skirt the river as far as the impressive 13th century Chateau de la Hunaudaye, the ruins of which date back over 800 years. Then it's on across farmland, past ancient standing stones, to Lamballe, where you can relax in the hotel gardens before dinner.

In 1985, Richard and Christine Bass made the life-changing decision to turn a passion into a business and thus Headwater was born at their kitchen table.

The first Headwater tours were launched in summer 1986 and modestly comprised three holidays in the Upper Loire Valley in France: a canoeing holiday and two self-guided walking holidays.

Their vision for Headwater was clear, right from the start. Richard and Christine wanted to offer their customers exactly what they loved in a holiday – family-run, friendly hotels, an authentic experience of a region, including culture, cuisine and fine wines, and above all a fantastic level of personal service, with staff on hand in resort to help and guide as required.

After a successful 10 years specialising in France, Headwater launched a new Great Walks in Europe brochure in 1995, offering a selection of hand-picked guided walking holidays in eight countries. As a result of the phenomenal success of this, a year later the first self-guided walking and cycling holidays in Italy were launched.

In 1999, Richard and Christine decided to retire and enjoy the fruits of their labour, and sold Headwater – but not before ensuring it was in the safest of hands to continue their legacy.

Today, they enjoy taking customers (new and loyal) on journeys on foot or by bike throughout 18 countries worldwide. Whilst they have embraced modern technology and changing times since 1985, Richard and Christine’s ethos remains key to all of their holidays and they consider it their mission to ensure that the same detail, knowledge and passion goes into delivering each and every trip.

With more than 32 years’ experience, their collection now includes 59 self-guided and 12 guided walking holidays and 62 cycling holidays. Their canoeing holiday in the Dordogne remains as popular as ever, as well as their choice of winter snow holidays (cross-country skiing and winter walking) that run between December and April in Austria and Norway.

They are particularly proud of their Headwater-employed representatives (reps) who are on-hand in 15 regions in France, Italy, Spain, Portugal, Austria and Bavaria. Burgundy is their longest-standing “repped region” – Richard and Christine researched the holidays and they have been running them since 1992. Their reps provide 24-hour support in resort including: briefing you on arrival, transporting your luggage from hotel to hotel, offering a ‘Wine Service’ where they collect any bottles you’ve purchased en route and transport them to your final hotel for you, and giving you tips and advice and sharing their knowledge of the local area, the routes, the best views and generally helping you to make the most of your trip. Each year, before the season starts, the reps have an in-depth training session at Headwater HQ to make sure they’re ready for the summer ahead.

Their newest addition to the Headwater portfolio is a selection of single-centre activity holidays in Brittany and the Dordogne, France and Catalunya, Spain. These are ideal for multi-generational families and groups – take a look below for some Headwater inspiration.

This tour is operated by Headwater

Compare tour This tour has been added to the comparison list. Cick here to view.
Enquire Self-guided holidays since 1985! 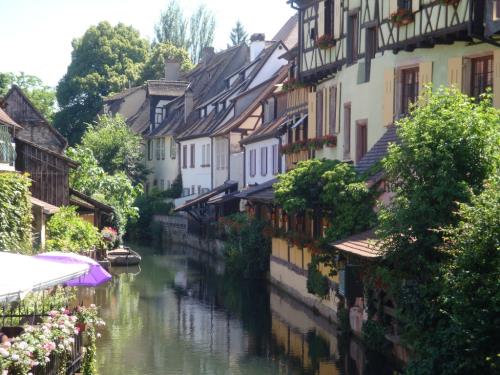 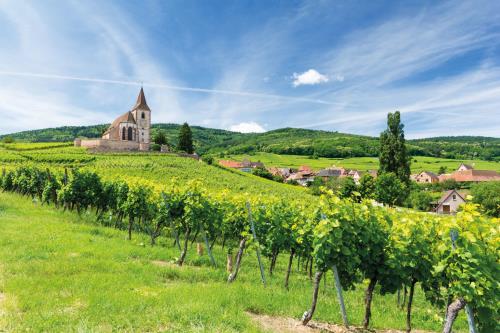 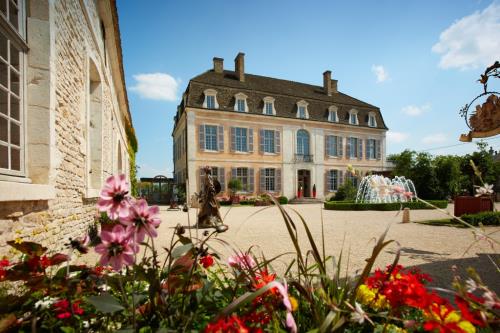 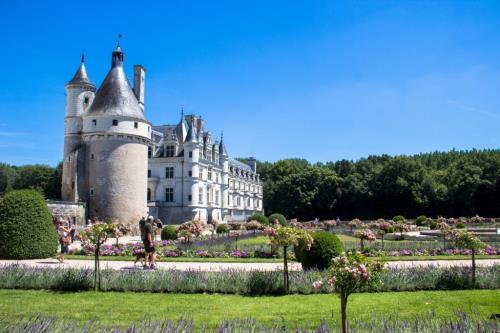