Follow the story of WW2 Airmen from the Dambusters to Colditz Castle in Germany and Holland as we look at the battlefields of the war in the air above Europe involving the men of RAF Bomber Command. On this tour we visit the RAF graves in Reichswald Forest War Cemetery then travel through the Ruhr Valley area on trips to the Eder Dam and Möhne Dam examining the Dambusters Raid. We later visit Colditz Castle, examine the fire-bombing of Dresden and the story of the Great Escape. In Berlin we look at raids on the Nazi capital and also visit the Luftwaffe Museums in Gatow and Hannover. The tour ends with a visit to the grave of Dambuster hero Guy Gibson VC.

You will stay overnight in Holland at the NH Koningshof in Veldhoven, near Eindhoven, or similar, and the 4-star Best Western in Jena, then two nights at the 3-star Azimut Hotel in Dresden, two nights at the 3-star Grand City Berlin East, Vienna House Easy, or similar on the outskirts of Berlin, overnight at the 4-star H4 Hotel or the Wyndham Hannover Atrium in Hannover, or similar and finally overnight at a city-style hotel in Belgium.

Local departure by coach or Door-to-Door service, then to Holland for an overnight stay.

We continue our journey into Germany and visit Reichswald Forest War Cemetery, the largest WW2 British Cemetery in Europe - nearly half the 7,400 graves are men from Bomber Command. From here we travel to the Möhne Dam, stopping en-route at Rheinberg War Cemetery where some of the Dambusters are buried. The Möhne Dam, in the Ruhr Valley, was heroically breached by the Lancasters of 617 Squadron (Dambusters) in 1943. At Möhne you can walk on top of the dam and still see where the breach was made. Of the 20 massive dams constructed in the Ruhr Valley, six dams were selected as targets with three of these being the primary targets - the Möhne, the Eder and the Sorpe dams. Between the Möhne and Sorpe, they held back 76% of the total water available to the industrial valley, one of the main reasons they were primary targets. If breached, these dams would bring the whole industrial valley to a standstill, causing massive damage to the steel industry, devastating production of tanks, aircraft, guns and locomotives which were all vital to Germany's war effort. As well as visiting Möhne Dam, we also make a stop at the Eder Dam en route to our overnight hotel in the former East German city of Jena, a centre of the optical industry.

Today we will visit the castle and museum at Colditz (entrance and guided tour approximately €7.50 per person), the infamous ‘bad boys camp’ and scene of many ingenious escape bids. Perched above a sleepy town of the same name, Colditz has a varied history, although we will concentrate on its use as an internment camp for Allied prisoners during WW2. Hear the story of the ‘Red Fox’, Mike Sinclair, killed on an escape attempt, and also the story of Douglas Bader, plus many more. From Colditz we continue to Dresden and our hotel where we will stay for two nights.

We stay in Dresden this morning to uncover the tumultuous history of this great city. As the seat of the Saxon royalty, Dresden became arguably Germany’s most beautiful city. During the war it suffered almost complete destruction; however, it has since been painstakingly restored to resemble its former glory. This afternoon is spent at leisure in Dresden, or alternatively you can join our optional visit to the Bundeswehr Military History Museum which has an unparalleled collection of WW2 artefacts.

Today we cross the border into Poland to Zagan to visit the German POW camp, Stalag (Luft) III (entrance to the museum approximately €2 per person). The camp, founded in 1943, was one of the six special German POW camps specially built for the ever increasing amount of POW aircrews. At the height of the camps use, about 10,000 commissioned and non-commissioned officers were in the camp. The Stalag (Luft) III became famous for what was known as ‘The Great Escape’. In March 1944, a large group of 80 Allied prisoners got out during ‘The Great Escape’. They dug a tunnel with the nickname ‘Harry’. Only three men managed to escape to free territory. Of the rest, 50 were murdered by the Gestapo. We will uncover the story of the escape and the reprisals ordered by Hitler, and visit the memorial, before continuing to our hotel in the Berlin area for two nights.

In Berlin we look at the raids on the city but start at the impressive air force museum in Gatow, which has a large collection of aircraft from WWI to the Cold War Period. We then visit Berlin War Cemetery where many RAF Bomber Command Crews are buried. Around the city we see Flak Tower defences and the air raid shelters used to protect Berliners from the bombs. In the evening join us on an optional visit around Berlin’s WW2 sites.

In the morning, we see one of the last remaining Flak Towers then travel to Hannover and visit the Air Force museum (entrance approximately €6 per person) which has some impressive WWII items as well as a memorial to Second World War air crew. In Hannover itself we see some of the signs of the bombing raids, ending the day at Hannover War Cemetery where more than 2,000 graves of bomber crew casualties can be found. We stay overnight in Hannover.

We travel into Holland, stopping at Rheinberg War Cemetery where some of the Dambusters are buried. We end at the grave of Guy Gibson VC whose war ended when his Mosquito crashed at Steenbergen. We stay overnight in Belgium.

Then there’s the wide array of exciting experiences and escorted tours to choose from. No matter which destination you pick, you can join fully escorted tours with trained drivers, expert local guides and highly experienced crews. Ledger Holidays offers more than 180 tours and excursions, which means you never have to waste precious time planning and organising your trips and experiences. Simply select the escorted tours that excite you the most, then sit back, relax and let Ledger Holidays take care of the rest. Enjoy a thrilling weekend at the Belgian Grand Prix, go on a grand alpine adventure in Austria or explore the Baltic capitals and highlights of Scandinavia. Alternatively, discover the jewels of Croatia, see the very best of Jersey or tour the must-see sites in Israel’s old city of Jerusalem – your options are endless. 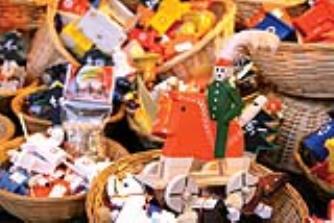 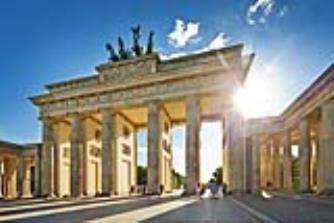 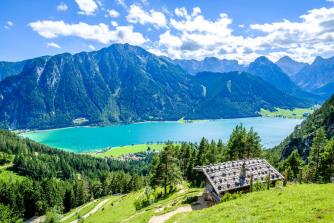 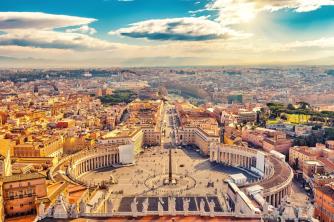 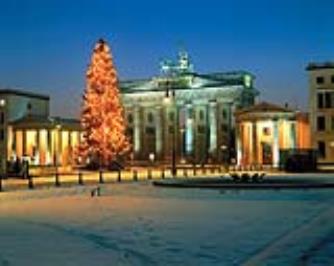 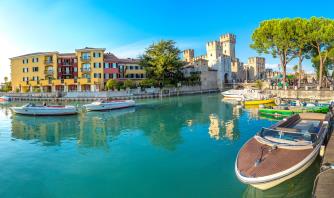