At War with Wellington – The Peninsular War

On this fascinating battlefield tour we see the battlefields in Spain made famous by the ‘Richard Sharpe’ books and TV series. We examine the Peninsular War battles, such as Salamanca, Talavera and Badajoz. Walk the ground where British Redcoats fought the soldiers of Napoleon.

Throughout the tour you will stay in 3 or 4-star, city-style hotels.

Local departure by coach or Door-to-Door service, then to the Paris area for an overnight stay.

To the Biarritz area for an overnight stay.

Continue into Spain and to the outskirts of Madrid for an overnight stay.

This morning we visit Wellesley’s (Wellington) advanced Talavera ‘outposts’ along the banks of the Rio Alberche hearing the story surrounding the fortified Casa de Salinas. Touring the battlefield we then visit the memorial sited on the slopes of the Cerro de Medellin Hill and study the landscape on which the principal fighting occurred. We stay for two nights in Badajoz.

Badajoz, a fortified ‘gateway’ town to Spain fell to Allied troops in one of the bloodiest sieges of the campaign on 6th April 1812. We view the ‘breaches’ where the main fighting occurred. On the ramparts we study how the French and German garrison resolutely resisted the Allied operations for many days. Later, we ascend to the exterior of Fort San Cristobal and view Badajoz from the opposite bank of the River Guadiana.

A hard fought victory for the Allies commanded by General Beresford, ‘Bloody’ Albuera was one of the most sanguine battles of the campaign. Today, we see the ‘Fatal Hill’ where the principal fighting occurred. Wellington, surveying the aftermath, observed the corpses ‘literally lying dead in their ranks as they stood’. After visiting the monuments in the nearby town we drive to Salamanca for three nights.

This morning we visit the Battlefield of Fuentes de Onoro, both one of Wellington’s closest run and finest victories. After lunch, we will walk the siege of Ciudad Rodrigo 1812. Walking the ramparts, our journey will end at the castle.

A few days after the Battle of Salamanca the French General Foy, writing of Wellington’s skill, said ‘it brings up Lord Wellington’s reputation almost level to that of Marlborough’. Today, we leisurely travel across the battlefield and beyond seeing and hearing why.

Leaving Salamanca we study further events surrounding Wellington’s retreat from Burgos including the engagement at Venta del Pozo. Later we see how he masterfully outflanked the French and brought them to battle winning the decisive victory at Vitoria. We drive to Pamplona where you will learn how the French fortress commander reluctantly surrendered to the Spanish. We stay at Pamplona for one night.

Today we will stand on the bridge where Wellington wrote a despatch prior to defeating Marshal Soult at the battle of Sorauren, ending any attempt to relieve the besieged French garrison at Pamplona. After examining the Allied defence at the Maya Pass we study the Storming of San Sebastian, the battle of the Bidassoa River 1813 and preview the battle of the Nivelle. We then drive to the Biarritz area for two nights.

Today we over-view the landscape encompassing both the Battles of the Nivelle and the Nive. After lunch in Bayonne we reveal how General ‘Daddy’ Hill held his nerve and won the action at St. Pierre. Here we visit Marshal Soult’s Memorial. Afterwards, we study the French Sortie from Bayonne and visit the Citadel.

This morning, we view the landscape of the Battle of Orthez 1814 and hear how both Wellington and Foy were wounded. After lunch, we drive to Toulouse. Here we study how Wellington wrested the city from the French on 12th April 1814 only to hear that Napoleon had recently abdicated. We stay overnight in the Limoges area.

Today we travel to the Palace of Fontainebleau where your guides will explain the political circumstances surrounding both the 1807 and 1814 Treaties of Fontainebleau (entrance fee extra – approx. 11 Euro). Then to Paris area for an overnight stay. 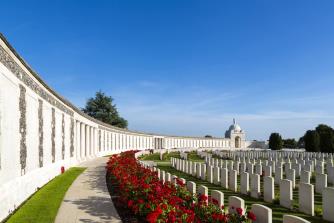