Discover the delights of the beautiful Basque Country, a region in the western Pyrenees shared by both France and Spain. Our holiday begins with an overnight crossing from Portsmouth to Santander on board Brittany Ferries’ Pont Aven, whose features including a cocktail piano bar and entertainment area for your enjoyment. Arriving on the Spanish side of the terrain we first visit Guernica, then head for San Sebastián, a stunning resort town on the Bay of Biscay. After that, it’s another day of Basque delights but this time on the French side, taking in Biarritz, Bayonne & St. Jean de Luz. Our tour doesn’t end there, with a few gems thrown in between, this carefully thought-out itinerary also covers the fortified town of Carcassonne and the spectacular setting of Rocamadour, plus much more.

Overnight stay in the Paris area will be in a city-style hotel.

On the overnight sailing, accommodation will be in two-berth, en suite cabins.

Regional departure by coach or Door-to-Door service, then to Portsmouth, where we board Brittany Ferries’ Pont-Aven and cruise to Spain.

Please note: When you board the ferry at Portsmouth you will require a small overnight bag containing any essential items such as medication. Please note that this small bag (no larger than a small rucksack) is counted as part of your overall luggage allowance.

Evening arrival in Santander, then travel to Zarautz for a three-night stay.

Included excursion, first to Guernica which was infamously bombed by the Nazis during the Spanish Civil War. The haunting museum is well worth a visit (admission is extra). Later, we head to San Sebastián with its stunning setting on a sweeping, shell-shaped bay. San Sebastian, or Donostia (its Basque name), is renowned for beautiful sandy beaches, and has many excellent seafood and tapas restaurants.

Another day of Basque delights, as we include a full-day tour along the French Basque coast. Biarritz is a playground for the French rich, with a seafront lined with grand buildings. In Bayonne, saunter around the narrow streets of the old town, with half-timbered houses painted in traditional Basque colours. We end the day in the small French resort of St. Jean de Luz, with its sheltered, sandy beaches and pretty old town.

Our journey takes us east to Pau, an elegant city in a spectacular setting with the Pyrénées Atlantiques as a backdrop. We continue on to Carcassonne for a three-night stay.

Spend a full day in the medieval, walled town of Carcassonne, famous for the defences of the medieval city. The city exists in two parts – the more modern ‘Bastide St Louis’, which contains the Cathedral of St Michel, and the walled ‘Cité Medieval’ whose fortifications were built over many centuries and featured in the religious wars between the Cathars and Albigenses. The walled ‘Cité Médieval’ with its cobbled lanes, is a joy to explore with spectacular views towards the Pyrenees from the medieval walls.

Optional excursion around the Languedoc region, which takes us first to the hill-top town of Béziers, once a Roman staging post and now an important wine-growing town. The imposing Cathedral has impressive views over the surrounding countryside, and the Canal du Midi crosses the river Orb by means of an amazing 240- metre long aqueduct. We continue to Narbonne, which boasts a pretty medieval core, and a fine Gothic cathedral.

We head to the rose-red town of Albi, birthplace of the artist, Toulouse-Lautrec. See the impressive 13th century Palais de la Berbie, now a museum, containing a comprehensive collection of his work. We continue along the Lot Valley, to the pretty town of Cahors, situated on a loop of the Lot River. The town’s long and sometimes turbulent past is best represented in its architecture, with Gallic, Roman, Moorish and English influences. We continue to Rocamadour for two nights.

Included excursion to the charming town of Sarlat in the Perigord-Noir, a fascinating town with some of the best-preserved medieval buildings in France. In the afternoon, we return to Rocamadour for time at leisure. Spectacularly perched on a limestone cliff overlooking the gorge of the River Alzou, Rocamadour is an important pilgrimage site for the French, where Saint Amadour was reputed to have lived as a hermit. There are many small chapels, including the Chapelle de Notre Dame with its famous Black Madonna, a 12th century carved wooden depiction of the Virgin Mary holding baby Jesus.

To the Paris area for an overnight stay. En route we stop in the Remembrance village of Oradour-Sur-Glane, scene of a German SS massacre of the villagers. The ruined village has been left exactly as it was during World War 2. 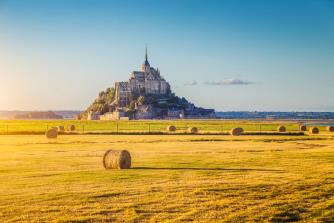 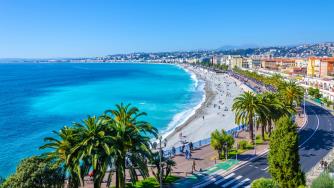