Enjoy enchanting castles and breathtaking lakes combined with the convenience of flights from local airports.

You will stay for five nights at the 4-star Hotel Zum Mohren in Reutte, situated in the centre of Reutte, within walking distance of the River Lech. You will also stay for one night in the Oberammergau area.

Your Choice of Accommodation in Oberammergau

We offer a choice of accommodation to suit all tastes. Hotels in Oberammergau have been graded by the Passion Play committee according to the facilities available. All categories of accommodation include shower or bath and WC.

There are three different accommodation categories to choose from:

Details of accommodation will be confirmed closer to the time.

Fly to Munich and then transfer to Reutte in Austria for a five-night stay.

Join our included excursion, as we visit the village of Hohenschwangau and King Ludwig II’s famous Neuschwanstein castle (entrance included).

Built in the 19th century, the fairy tale castle is dramatically perched on a hilltop. King Ludwig encouraged plans for this German Gothic castle but unfortunately died before the end of its construction. The panoramic views from each side of the castle are truly breathtaking. Please note: during the tour of Neuschwanstein Castle you will be required to climb 165 steps and descend 181.

Today’s included excursion takes us across the German border to Schloss Linderhof, a palace of stunning beauty with superb landscaped gardens. Known as the 'Royal Villa' of Ludwig II, the palace originated as a hunting lodge belonging to his father, Maximilian II – the 'Königshäuschen'.

Today’s optional excursion takes us to Chiemsee, Bavaria’s largest lake, also known as ‘the Bavarian Sea’. We take a boat from the first class spa resort of Prien over to Herreninsel and to Herrenchiemsee, the largest and most expensive castle built by King Ludwig II.

In 1873, Ludwig acquired Herreninsel as the location for his Royal Palace but the actual building work didn’t start until 1878. From plans drawn by Georg Dollmann, the palace was built as a ‘Temple of Versailles’ for King Louis XIV of France, whom the king greatly admired.

Unfortunately, Ludwig never saw his Royal Palace finished and after his death in 1886, only the sections along the main axis, with their famous fountains and waterworks, were complete.

Nowadays, a visit to the most famous part of the palace is the 98-metre long 'Hall of Mirrors' and a visit to the royal bed chamber, in which no one ever slept, is also a must.

Today we enjoy a day at leisure in Reutte. For those with a head for heights, you may wish to take the cable car up the Hahnenkamm, or visit Burgenwelt Ehrenberg and the incredible suspension bridge.

We leave Austria and travel to the Oberammergau area to check into our overnight accommodation. Lunch will be at noon, ahead of the Passion Play.

The play has a running time of approximately five hours in total, with a meal served during the interval. The performance begins at 2:30pm* concluding around 10:30pm, with a three-hour break at 5:00pm when dinner is provided. After the performance, you will be transferred back to your accommodation.

The play is traditionally performed in German and a textbook with the complete play text is included on all tours.

Transfer to Munich airport for your return flight. 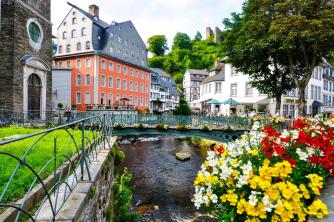 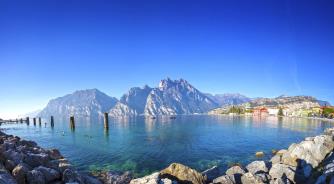 Christmas in the Black Forest & New Year in Lake Garda & the Dolomites 14 Nights from pp
Delights of Valkenburg, Aachen & the Rhine Valley for Single Travellers 5 Nights from pp 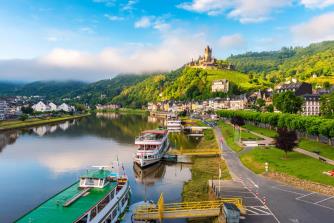 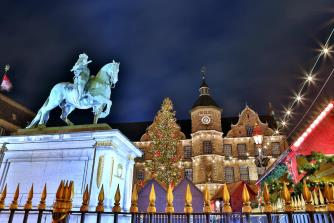