An Impression of the Seine (Fly & Cruise) 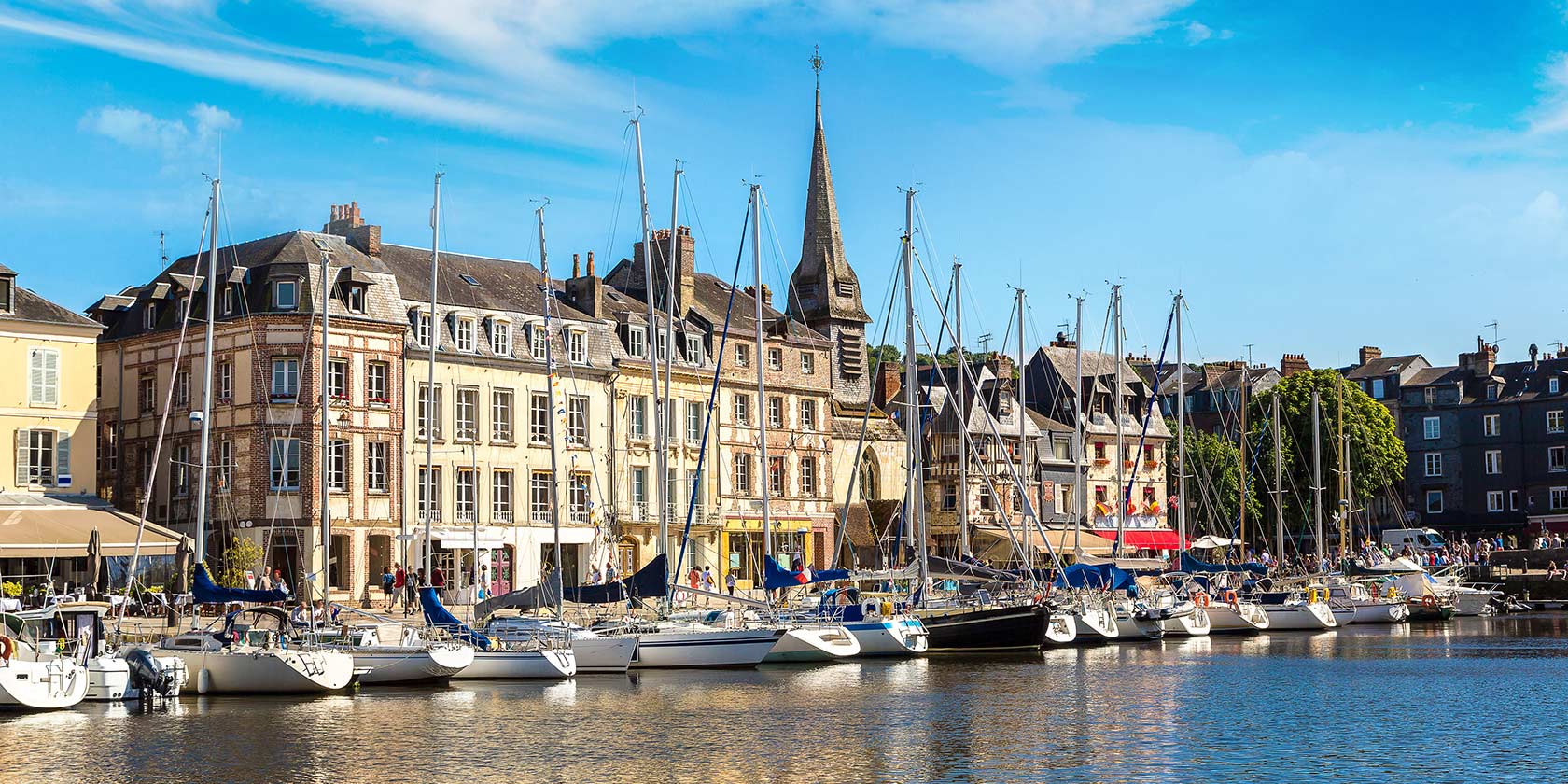 Cruising the scenic Seine on board the MS Renoir, explore the world of the Impressionist artists, from Monet's famous garden at Giverny to the city galleries of Paris and Rouen. With flexible shore excursions available, you can choose what you want to do whilst enjoying the romantic scenery of what is arguably France's best-loved waterway. Experience the very best of Northern France, from the world-changing D-Day landings to the enchanting cities and towns which inspired the artists of the Impressionist movement.


Your holiday begins with a flight* to Paris. On arrival we transfer by coach to our ship, the Ms Renoir, where we are welcomed with a relaxing drink before dinner.

On the morning of Day 2 we enjoy a guided tour of the splendid French capital. After lunch aboard you have some free time before we set sail for a cruise along the Seine, admiring the illuminated attractions along the way (weather permitting).

*If you would like to travel by rail, view our Rail & Cruise option here.


We start the day cruising to Giverny, during which time we are treated to an expert talk on board; 'A Definition of Impressionism'. Now synonymous with Monet, Giverny very nearly missed out on getting its name on the map. It was during a train journey in 1883 when the artist saw the area and decided that this was the spot he wanted to live and work in. With its instantly recognisable lily ponds, the gardens are the image of how they were when Monet first painted them, almost like stepping into one of his artworks, and the house still has the atmosphere of a creative retreat.

Alternatively, you may prefer to visit the slightly more opulent Palace of Versailles. We rejoin the boat where tonight there's a traditional French 'guinguette' evening held on board.


Our destination today is Rouen, former capital of Normandy, where we enjoy a guided tour that follows in the footsteps of the Impressionists themselves. This medieval city is the proud home of The Museum of Fine Arts and its impressive collection of Impressionist compositions. We make a visit to the gallery as well as taking in Rouen Cathedral, which was depicted in oil paint by Claude Monet. His series of over 30 paintings show the building at all different times of day. Following an insightful few hours, we return to our ship for tonight's dinner.

Make your way to Duclair on Day 5 and embark on an excursion along the Route des Abbayes, exploring the abbeys that line the route of the river by coach. Stretching between Rouen and Mont-Saint-Michel, this historic trail has seen religious orders being built here from the 5th century onwards, and at one point there were up to 120 sites of worship. Later we continue upriver to Honfleur, where we moor for the night.

Day Day 6-7 - Honfleur or the beaches of WWII


The charming port town of Honfleur is located on the southern bank of the Seine Estuary in the Calvados region of France famous for its apple brandy. Centred on its adorable historic port and marina - the 'Vieux Bassin' - Honfleur boasts a number of preserved traditional buildings and today you can choose to take a tour of this quaint destination, famous as being an important influence in the work of many artists, including Monet, Courbet and Boudin, who set up the Ecole de Honfleur, an artists' colony and melting pot for the whole Impressionist movement.

Otherwise you might select our excursion to the nearby beaches of Gold and Juno, two of five landing sites utilised for the D-Day landings on June 6th 1944, a pivotal event in the eventual Allied triumph over the Axis powers. Following some free time this afternoon, tonight we celebrate the end of our cruise at the captain's special gala dinner.

Transfer to Paris on Day 7 for the return journey to London by air.

Compare tour This tour has been added to the comparison list. Cick here to view.
View live deal View live deal Rail Discoveries has more than three decades' of experience 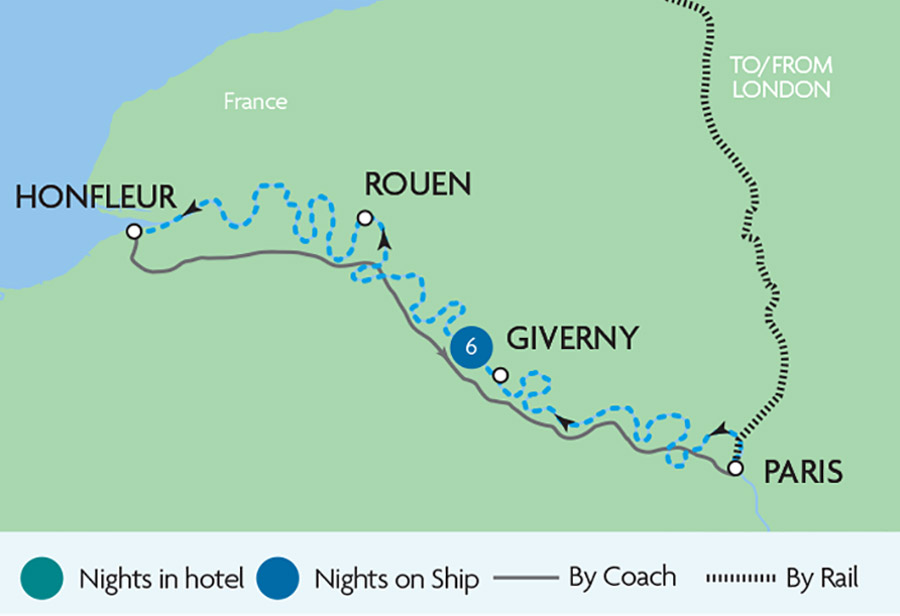 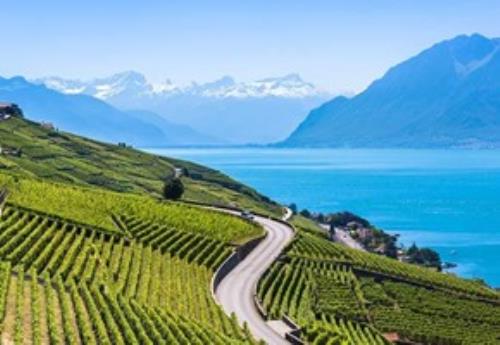 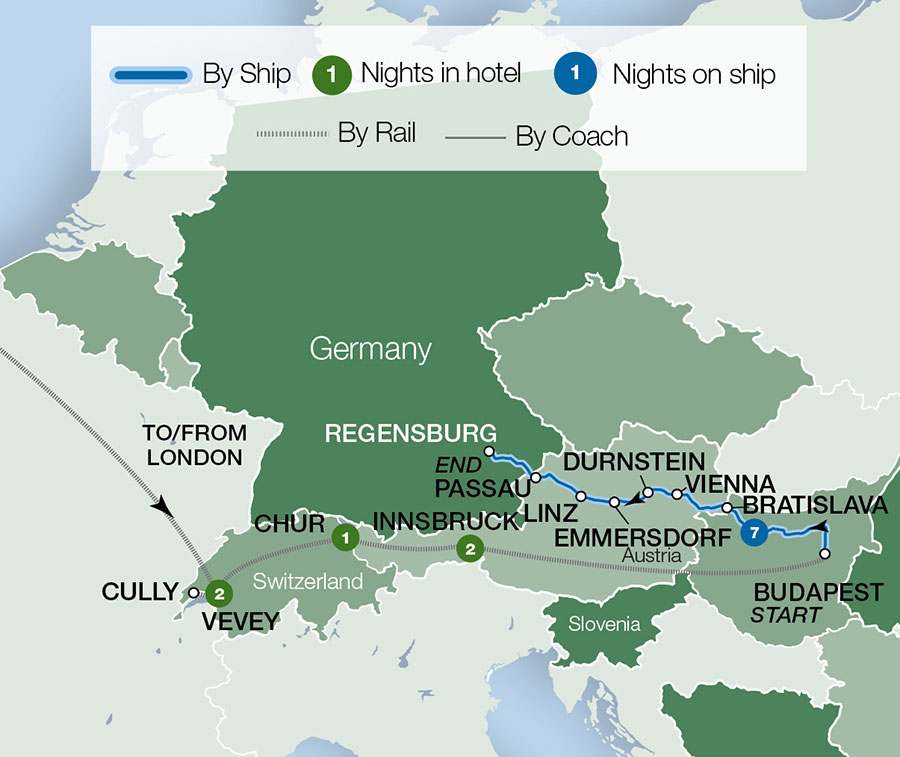 The Glacier Express and Danube Cruise 12 Nights from pp 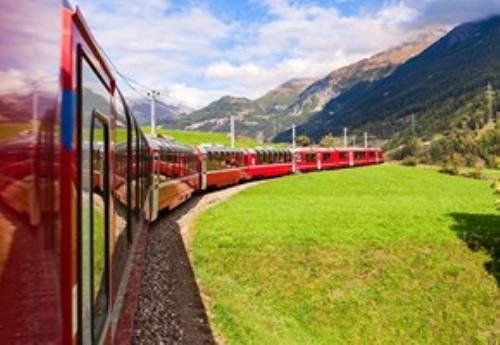 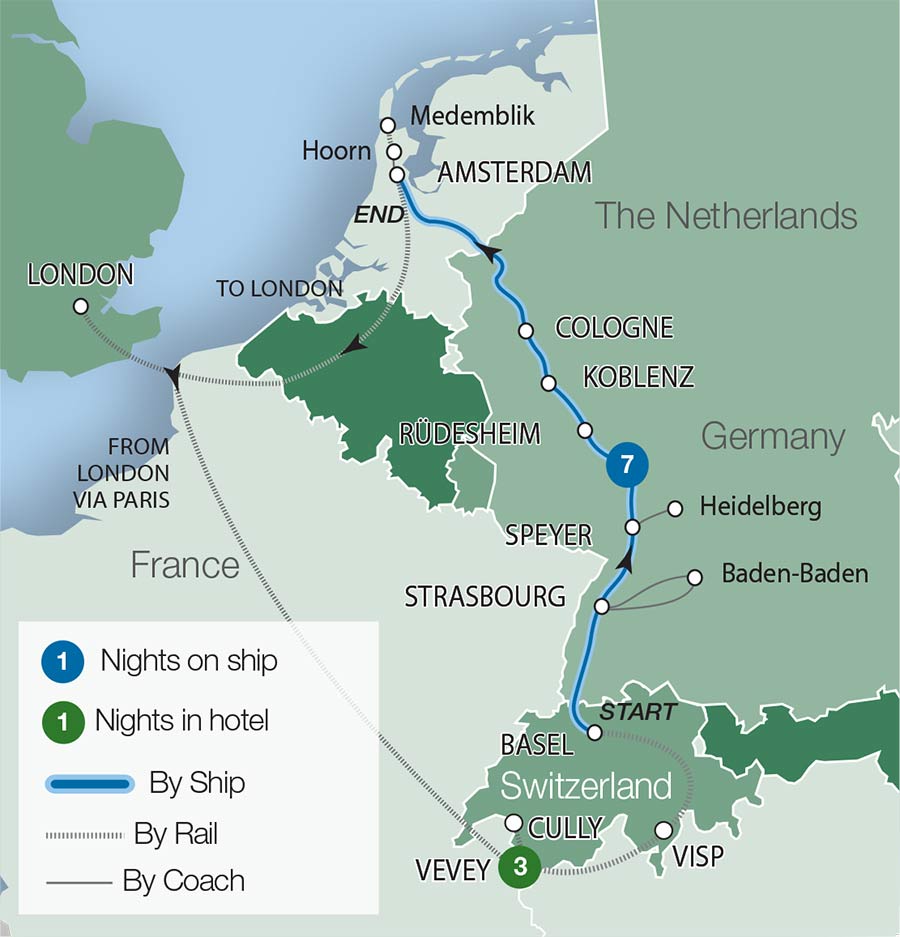 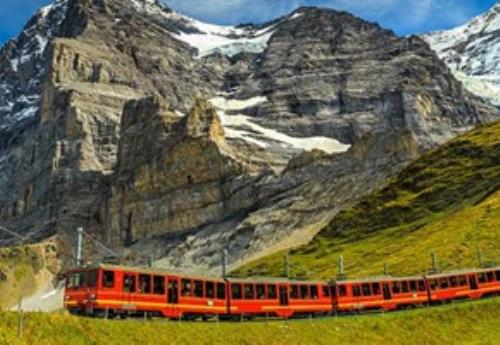 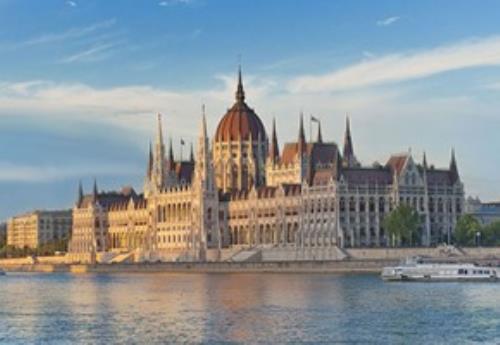 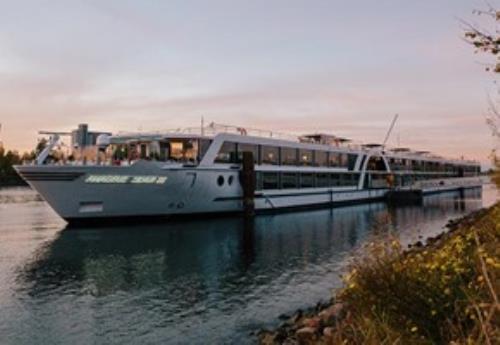 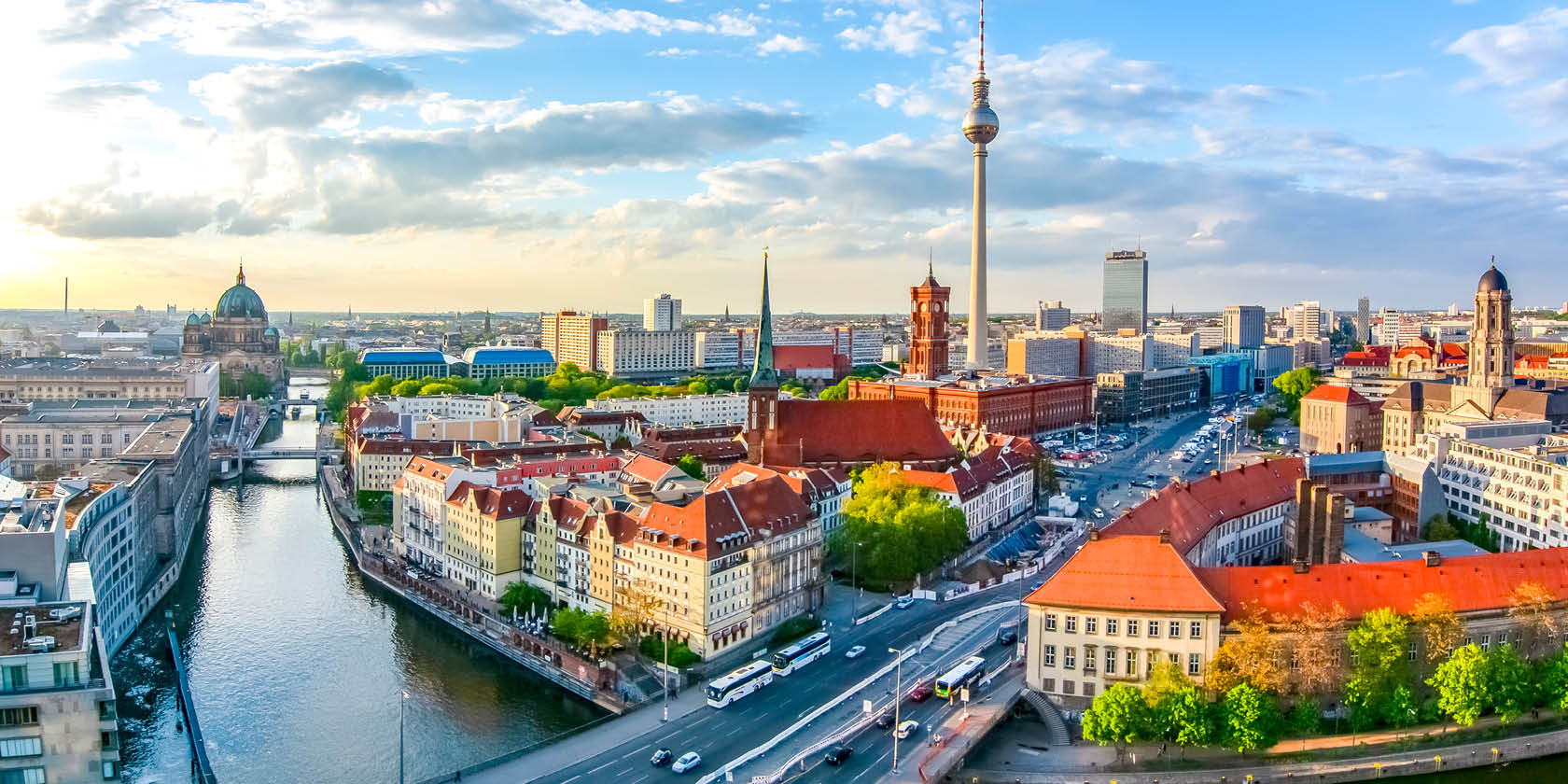 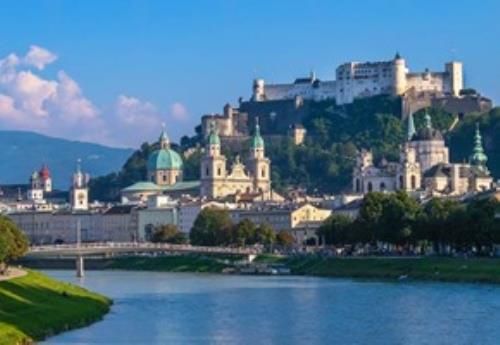