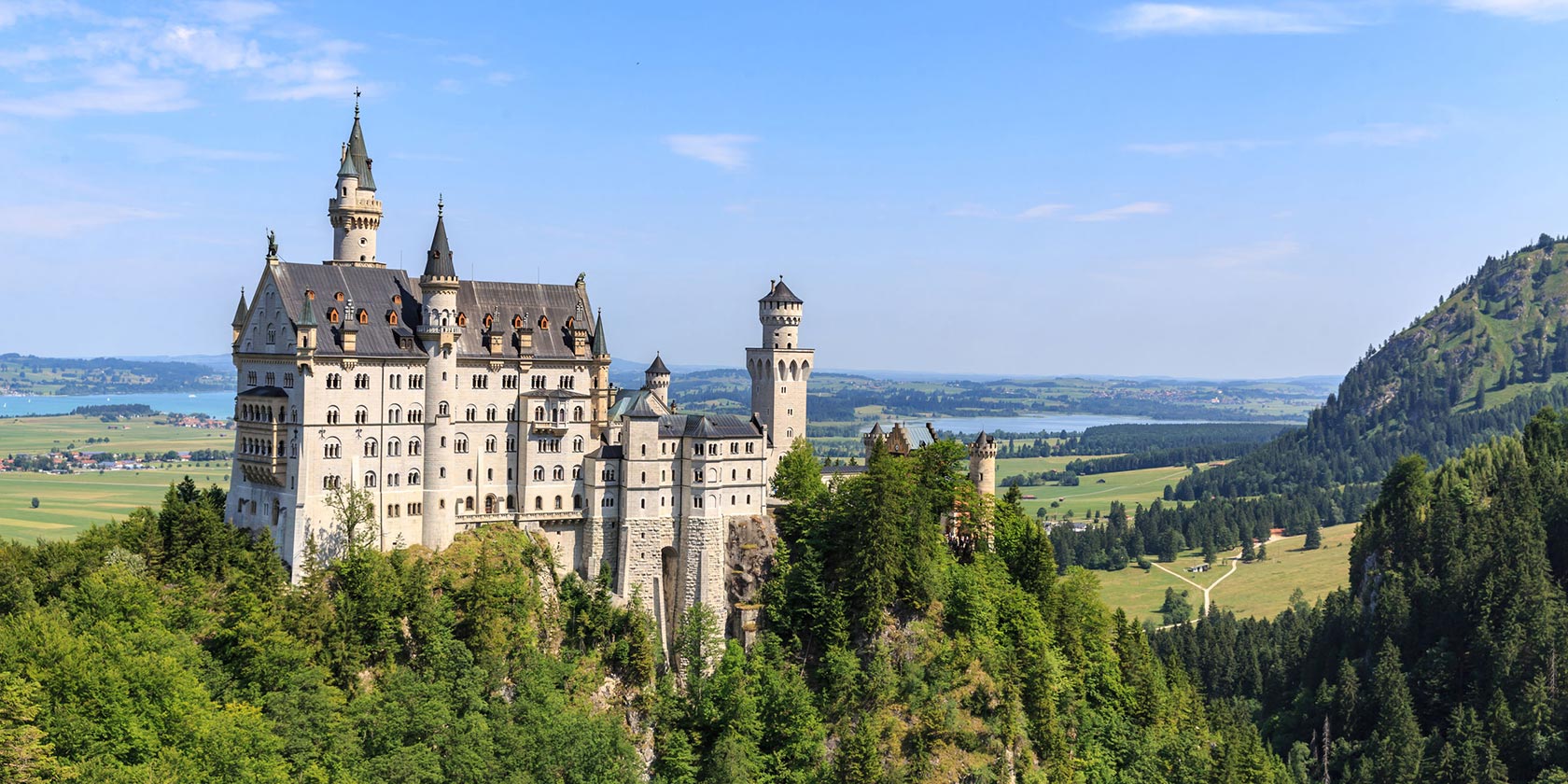 Discover Bavaria on this all-inclusive tour, featuring excursions to beautiful Lindau, Lake Constance and fairytale Neuschwanstein Castle, with time to explore medieval Rothenburg, the highlight of the Romantic Road.


Meet your Tour Manager at our London St Pancras Departure Office, where you board the Eurostar to Brussels. Continue by rail via Cologne, to Ulm, then transfer by coach to Langenau. Here you will spend 6 nights at the 3-Star Hotel Jägerhaus.

Day 2 is at leisure in Langenau and the surrounding area. Originally a Roman settlement, Langenau is one of the largest towns in the Alb-Donau region of southern Germany, and sits in the shadow of the impressive Swabian Alb mountain range. The historic town's attractions include the 14th-century Church of St Martin, the Pfleghofsall Cultural Centre and the Museum of Local History. Nearby Ulm is also well worth a visit; the birthplace of Albert Einstein, Ulm has multiple claims to fame including a Guinness World Record for the world's most crooked house, and the world's highest steeple at the top of its beautiful minster. Wander the cobbled streets, enjoying pleasant walks along the River Danube and the 14th-century 'Rathaus' or Town Hall, with its stunning façade and astronomical clock dating back to the 16th century. Otherwise, visit the Steiff Museum in Giengen, home of the Teddy Bear.


Visit Lindau today, situated on a small island in Lake Constance. This pretty town dates back to the 15th century, and boasts breathtaking views over the water towards the Swiss and Austrian Alps. You are free to explore this medieval destination, with its cobbled streets, well-preserved town houses and municipal buildings.

Perhaps pay a visit to the Mangentrum, a 13th century building that once served as a lighthouse for the lake, now adorned with a colourful tiled roof following a lightning strike in the 1970s. Another option is the Haus zum Cavazzen, a former city palace that has been turned into a museum. It is reportedly the most beautiful house on Lake Constance. Dating back to the 16th century, the palace now serves as a museum of Lindau's history.


Spectacular Neuschwanstein Castle is today's destination. Built by 'The Fairytale King', Ludwig II, in the 19th century, the castle served no purpose as a fortification in the traditional sense, but was instead an elaborate retreat for the reclusive monarch.

The famous building took 17 years to complete, but was only occupied by King Ludwig for 170 days before he was deposed, due to apparent insanity. He died the next day in mysterious circumstances, along with the psychiatrist who declared him insane, leaving behind the glorious castle. Featuring stunning towers and other typically medieval-style architecture, the castle served as inspiration for the fairy tale of 'Sleeping Beauty'. Enjoy a guided tour, admiring its grand interior and stunning views across the untouched countryside.


Today is free for you to explore Langenau and the nearby towns. You may wish to pay a visit to Munich, the delightful capital of Bavaria. Munich is reachable by local rail services. There is plenty to see and do. The landmark of the city is the cathedral of Frauenkirche, distinct thanks to its twin onion-domed towers, which stand at staggering 325 feet. Considered a symbol of the city, it appears on many postcards.

If you would prefer to see art over architecture, visit the Alte Pinakothek. One of the world's oldest galleries, the Alte Pinakothek boasts an impressive and famous collection of Old Master paintings. You can expect to see an excellent representation of European painters on display here including sublime works by Ruben, Botticelli, El Greco, and Titian.


Today's excursion visits one of Germany's best-preserved medieval towns, the historic Rothenburg. Enjoy a guided tour of the Old Town, situated towards the end of the famous 'Romantic Road' - the 215-mile stretch through forests and mountains. True to its name, this road presents some of the most dreamy views in Germany.

Looking very much the quintessential Bavarian village, picturesque Rothenburg has it all, from its impressively-preserved medieval fortifications to the wonderful half-timbered townhouses. The cobbles lining the streets lead to shops full of traditional Bavarian wares, and German taverns and pubs lure in visitors with the smell of classic delicacies. A particular highlight in Rothenburg is the Renaissance Town Hall, which dominates the market square. Not only do you have the opportunity to see inside this medieval building, but you can also take in the panoramic views of the surrounding evergreen forests.


After breakfast, take a coach to Ulm before continuing by rail to Cologne and Brussels. Here, connect with the Eurostar service back to London St Pancras, where your tour concludes.


Please note that while every departure of this tour will feature the same excursions, the order may differ from that shown above. 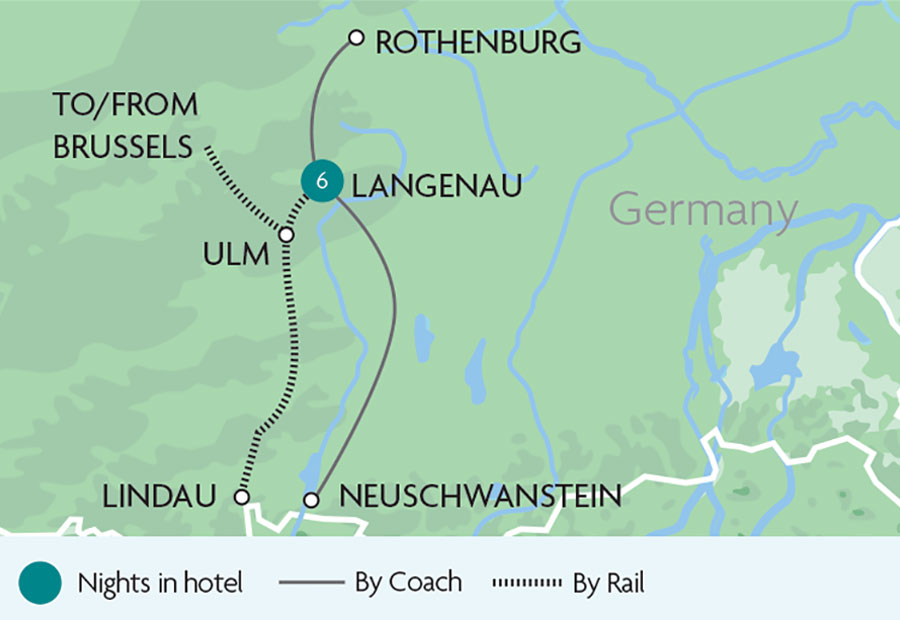 Little Trains of the Spectacular Austrian Tyrol 9 Nights from pp

Little Railways of the Rhine 3 Nights from pp 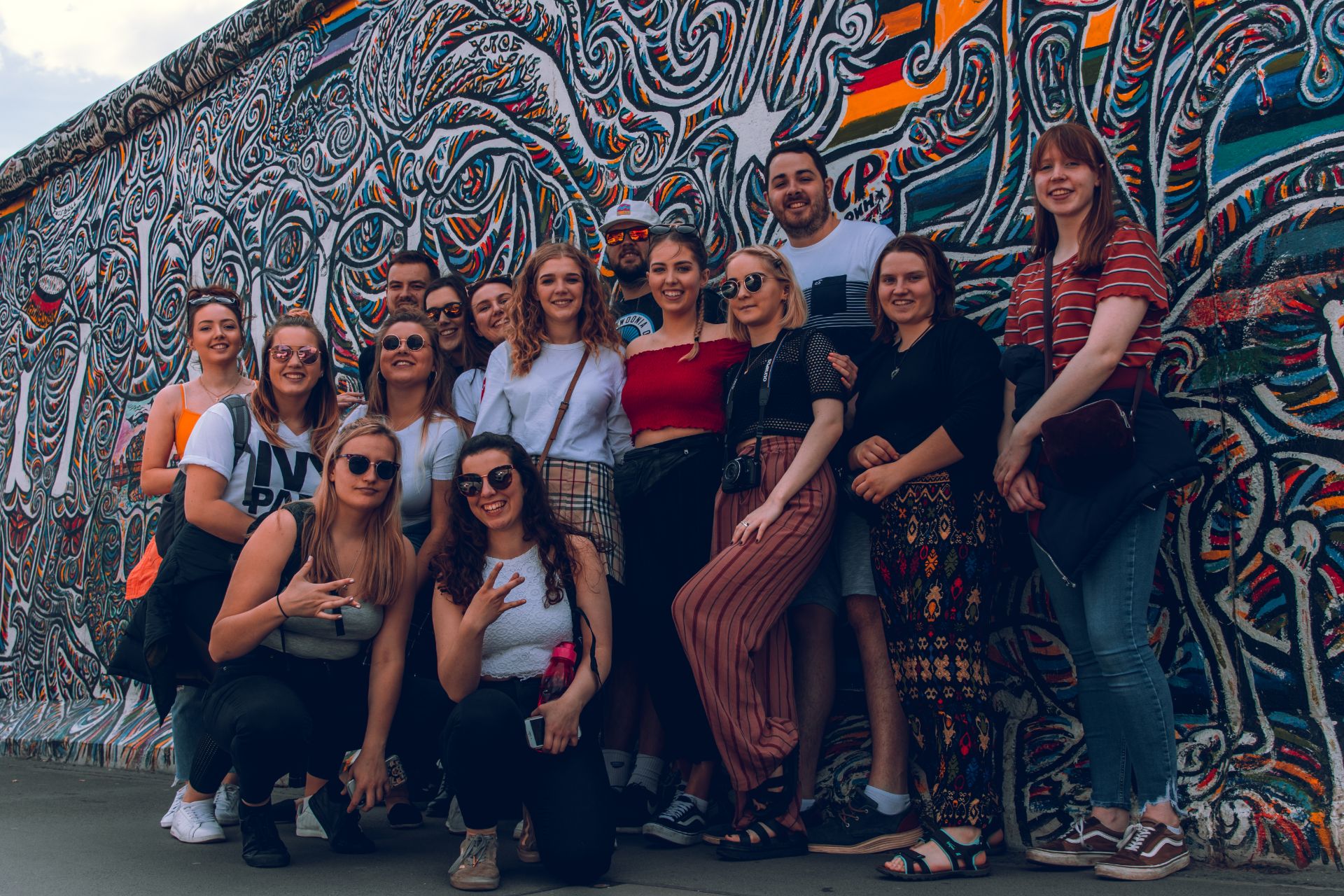