Our shortest tour of the summer, the 5 night / 6 day focuses on taking in as many of the must-see sights & highlights of the country that we can possibly squeeze into 4 full days of sightseeing. This itinerary coincides with the 15th August, the 75th anniversary of Korea’s liberation from Japan, and we anticipate special events and celebrations to be taking place across the country on this date.

In addition to touring Pyongyang this tour will also take in a visit to the West Sea Barrage at Nampo and, of course, include a visit to  Kaesong and the infamous DMZ.

This small-group tour will operate for a minimum of 2 and a maximum of 14 persons.

For those of you interested in a more in-depth tour at this time of year, our 75th Anniversary of Liberation Tour will run from the 11th—22nd August —please contact us for further details.

This morning make your own way to Beijing Capital Airport, Terminal 2, to depart at approximately 1305 on the Air Koryo flight to Pyongyang (schedules TBC). The short flight will bring you into Pyongyang at approximately 1605 local time. On arrival meet with your Korean guides and driver. After passing through immigration and customs head into the city centre to visit the Mansugyo Bar (or similar) for a drink or two (at your own expense), giving the opportunity to chat with your guides and get a quick insight into plans for the next few days. After a welcome dinner in the Arirang Restaurant transfer to the Yanggakdo Hotel and here check in for a five night stay. (Snack On Flight/D)

Enjoy a full day of sightseeing in the capital, starting with a walk in the city centre from the exterior of the Pyongyang Grand Theatre to Kim Il Sung Square and then onto the Foreign Language Bookshop, a good spot to pick up a wide range of publications, postcards, souvenirs and the like. From here pop into the Vienna Coffee Shop to relax over a hot drink (at your own expense). From the coffee shop head to the Mansudae Fountain Park and ascend Mansu Hill to visit the Mansudae Grand Monument, the centre pieces of which are the spectacular 20-metre tall bronze statues of Kim Il Sung and Kim Jong Il. Here, millions of Koreans visit annually to pay their respects to the leaders, and the group will be expected to lay a wreath of flowers at the foot of the monument before bowing in unison before it (flowers purchased locally for a small fee). You will also see the nearby Chollima Monument. After lunch in the Ansan Restaurant head underground for a journey on the impressive Pyongyang Metro, travelling one stop from Puhung to Yonggwang (arguably the two most impressive stations) before travelling on four stops to the recently refurbished Kaeson Station. At Kaeson surface beside the Arch of Triumph, 10 metres higher than its Parisian counterpart and here enjoy a quick photo stop. Pressing on enjoy a visit to the Fatherland Liberation War Museum and the USS Pueblo, an 850 ton US spy boat captured in 1968 by the Koreans off the coast of Wonsan. The very large museum dedicated to this devastating war has some truly fascinating displays and exhibits and we will visit just some of the highlights before it is time to move on. End the day with a walk in Ryomyong New Town, a new high-rise residential district where the tallest building tops out at 82 storeys. Enjoy dinner in Ryomyong New Town before returning to your hotel after a busy first full day of sightseeing. (B/L/D)

Enjoy the full day sightseeing in Pyongyang. The itinerary for today is flexible, but scheduled at this time to include a walk in Moranbong (the main city park) and to take in the Liberation Tower, Monument to the Foundation of the Workers’ Party of Korea and the Juche Tower. The Juche Tower is a symbol of the Juche Idea (national self reliance, literally “Master of one’s self”) penned by Kim Il Sung. Those who wish can pay a small fee (5 Euros at current) and be whisked via a lift to the top of the tower for spectacular views over the city. We also expect to have lunch in the Okryu Restaurant— one of the capital’s most famous restaurants, where you may sample one of North Korea’s most famous dishes, Pyongyang Cold Noodles. (B/L/D)

Today is an important national holiday, and as such we anticipate various special events and celebrations, and a general jovial atmosphere across the city. Celebrations / events in Korea are normally not known until the 11th hour, and we have thus today factored plenty of spare time / flexibility – allowing the group the best chance of seeing any events and getting the most out of the day. All meals will of course be included, and your guides will do their upmost to ensure you will see as much as is permitted on this special day. Local fees will be payable to attend any special events. At this time of year common events are mass dances in the main city squares, together with commemorative opera/circus performances.

From Pyongyang head west this morning along the Youth Hero Highway to the port city of Nampo. Here board a private motor boat to cruise down the Taedong River, arriving after approximately one hour at the West Sea Barrage, a most impressive 8km long barrage built in the 1980’s along the estuary of the Taedong. This immense building project is of great pride to the Korean people and you will likely enjoy a video in the visitors centre showing this massive undertaking. Returning to Nampo enjoy lunch in the Hanggu Hotel before making your way back to Pyongyang and it’s western suburb of Mangyongdae. This afternoon visit the Mangyongdae Native House, birthplace of President Kim Il Sung before heading to the Kwangbok Area Supermarket. This is the only “normal” Pyongyang supermarket that can be visited by tourists (and one of the only places in the country where one can obtain Korean currency at the “normal” exchange rate) - the best location to pick up some small souvenir items such as Korean made foodstuffs, cosmetics or clothing, for example. From the supermarket head to the nearby Chongchun Sports Street for a walk through this impressive avenue of complexes and stadia before heading to the Maeri Shooting Range where, those who wish may (for a fee), enjoy a spot of target practice. Enjoy dinner in a restaurant on Kwangbok Street before returning to your hotel after another busy day of sightseeing. (B/L/D)

Departing the capital head south this morning along the Reunification Highway towards and through Kaesong to Panmunjom - the DMZ and border with South Korea. Upon arrival at Panmunjom, which is often the highlight of any visit to North Korea, you will meet with an army escort who will explain the background of the history of the DMZ, before you move on to the Armistice Talks’ Hall and the building (and attached small museum) where the Armistice was signed. From here, head right down to the border itself, where you will be (local conditions permitting) escorted, possibly under the watchful eye of South Korean soldiers, into one of the huts which straddle the North-South Korean border. Enjoy lunch at the Panmunjomkwan Restaurant inside the DMZ. This afternoon head to Kaesong itself to visit the Koryo History Museum and Stamp Shop before taking in our favourite royal tomb in the country, the UNESCO world heritage listed Tomb of King Kongmin. En-route back to Pyongyang make a short detour to Sariwon, provincial capital of North Hwanghae, and here visit the Sariwon Migok Cooperative Farm, a model farm where your tour will likely take in a farmer’s home—as good a place as any to try and get a glimpse into and understanding of rural life in the country. Departing Sariwon arrive back in Pyongyang, making a quick photo stop at the Monument to the Three-Point Charter for National Reunification upon entering the capital. This evening enjoy a farewell dinner aboard the Taedonggang Boat Restaurant— a special evening with which to end the tour. (B/L/D)

This morning you will be transferred to the airport to depart Pyongyang at 0830 on the JS151 flight to Beijing. On arriving in Beijing at 1000 your arrangements will end (times TBC). (B)

Compare tour This tour has been added to the comparison list. Cick here to view.
Enquire Unique and off-the-beaten track travel experiences and destinations. 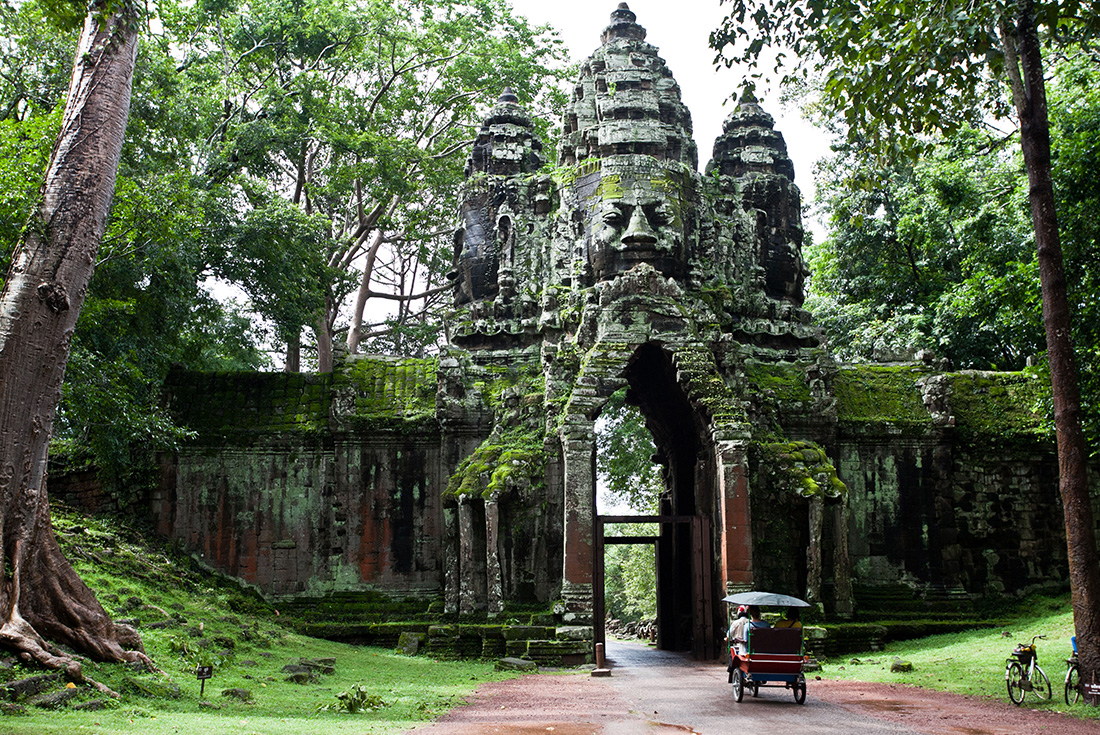 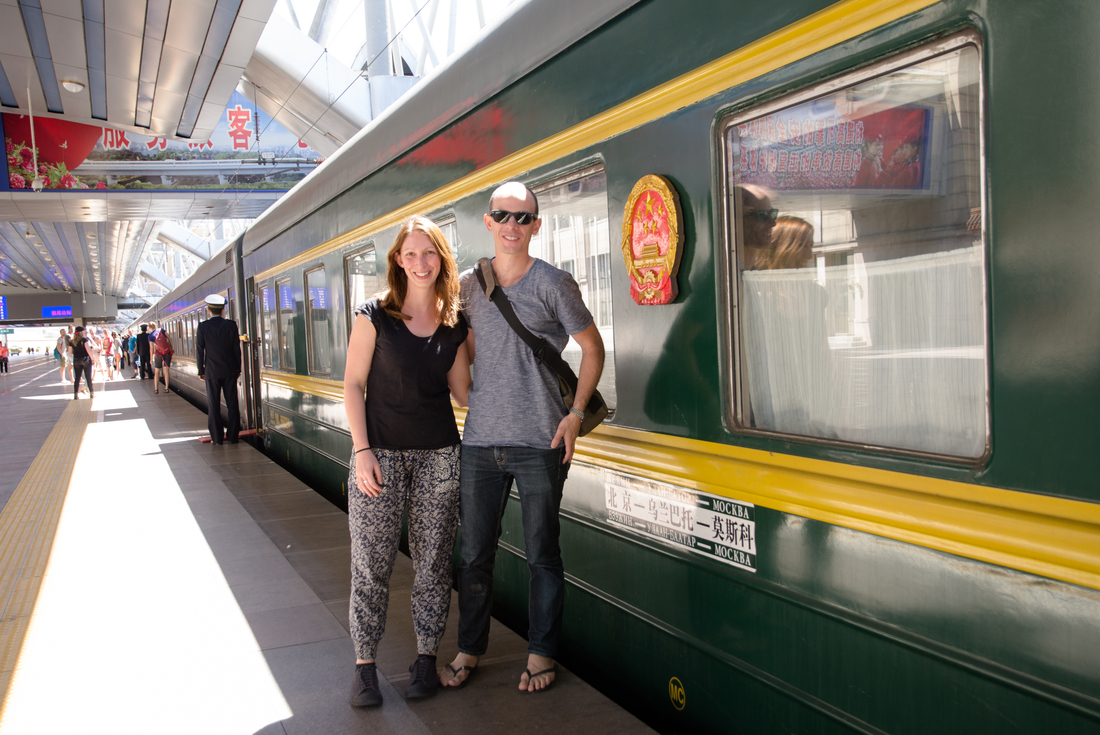 Beijing to Moscow 16 Nights from pp 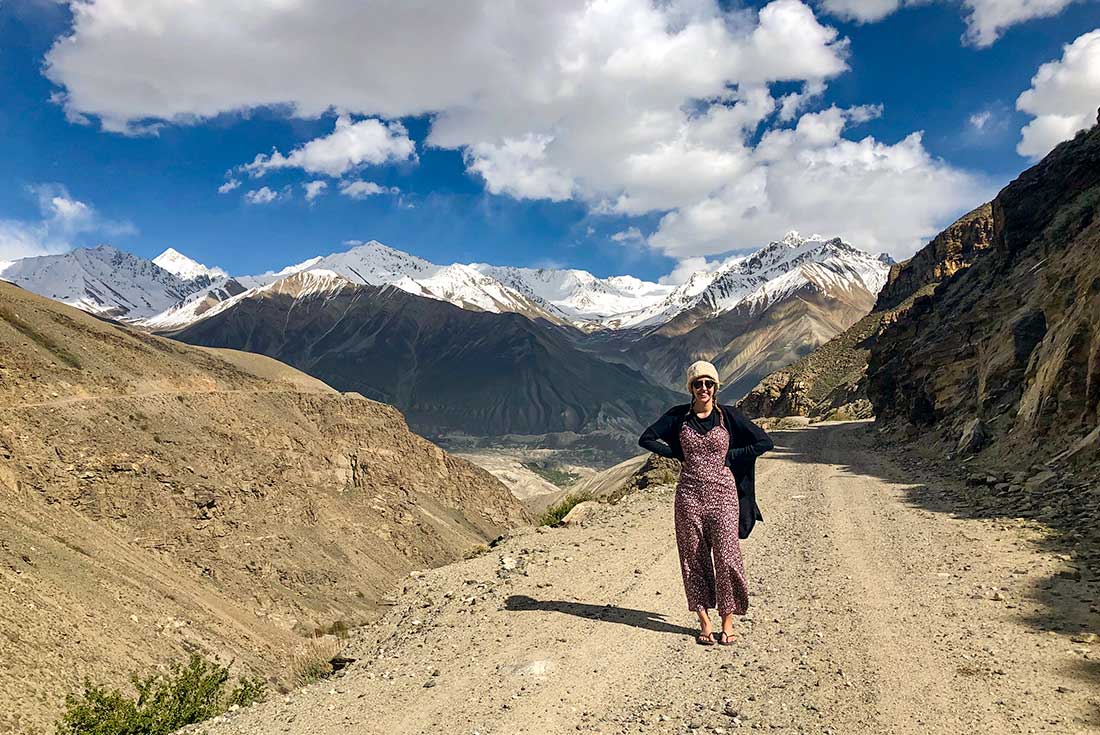 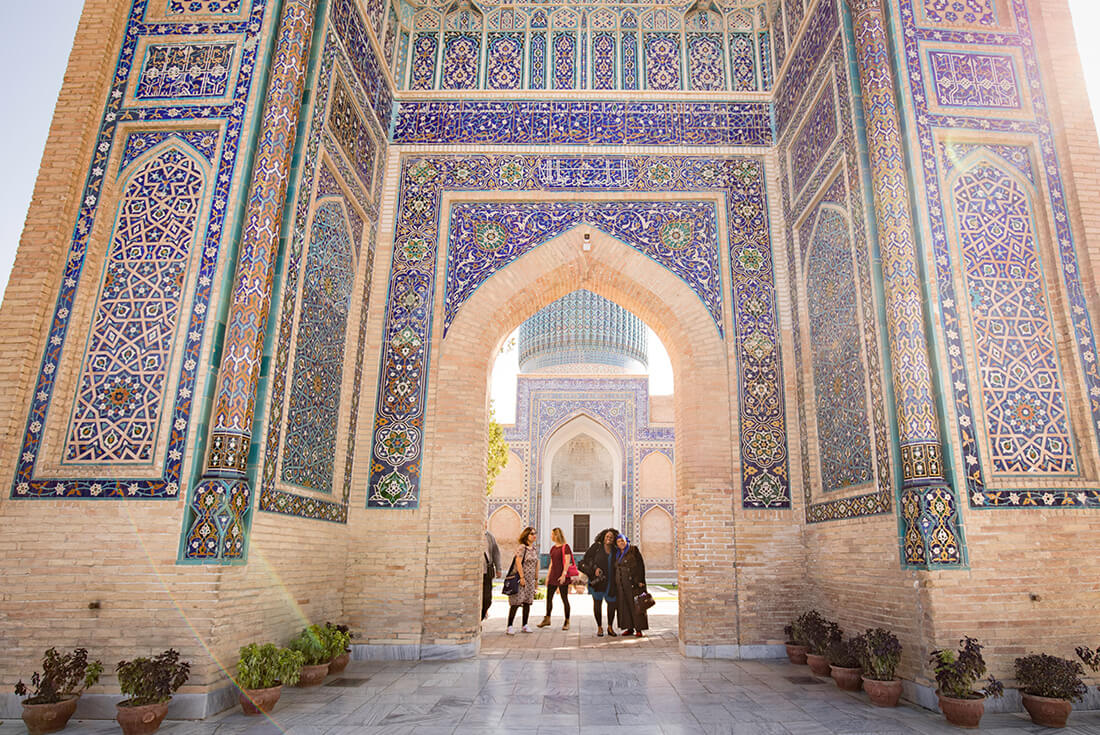 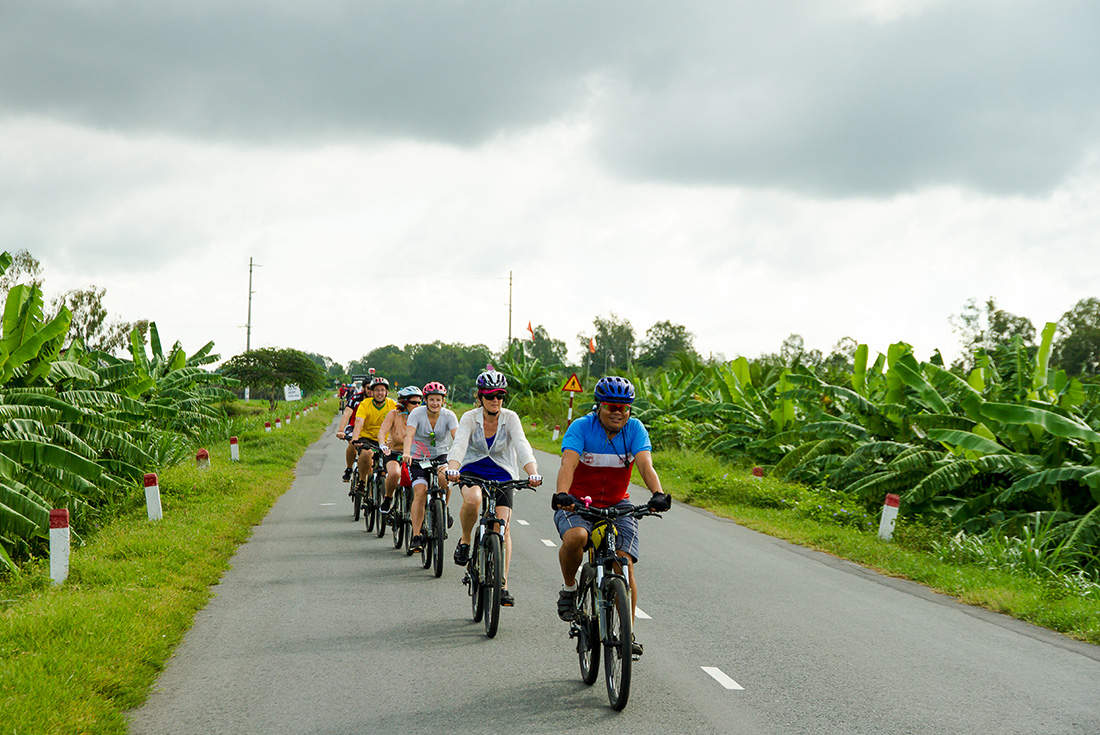 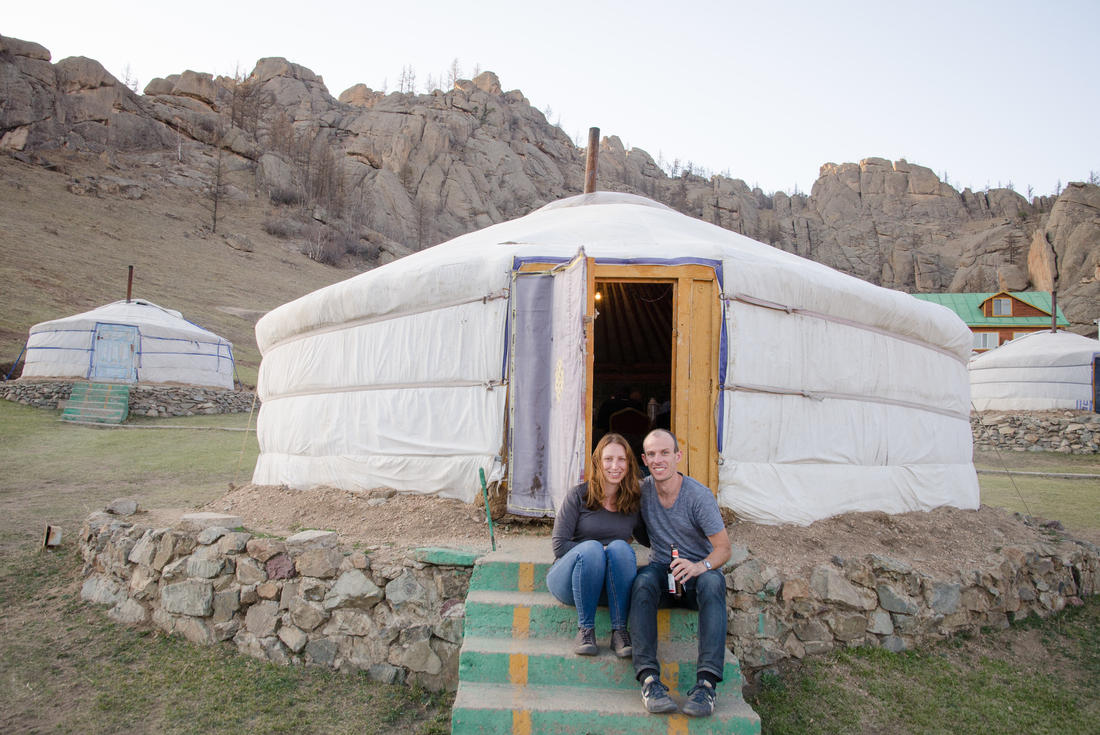 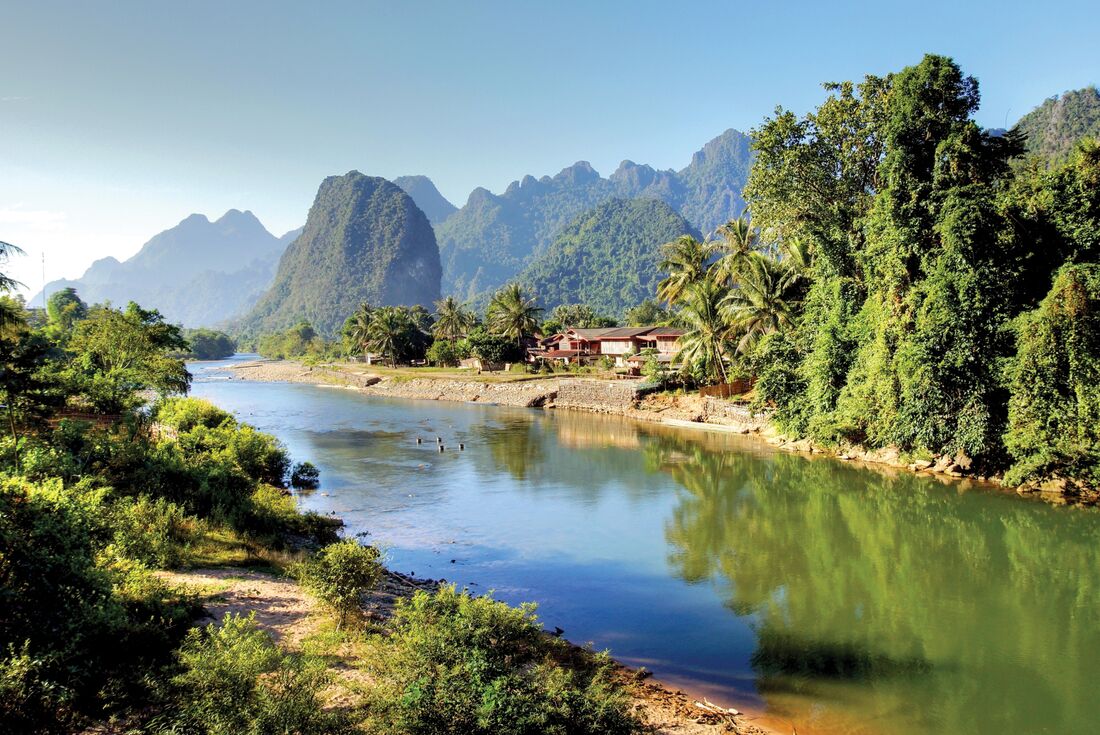 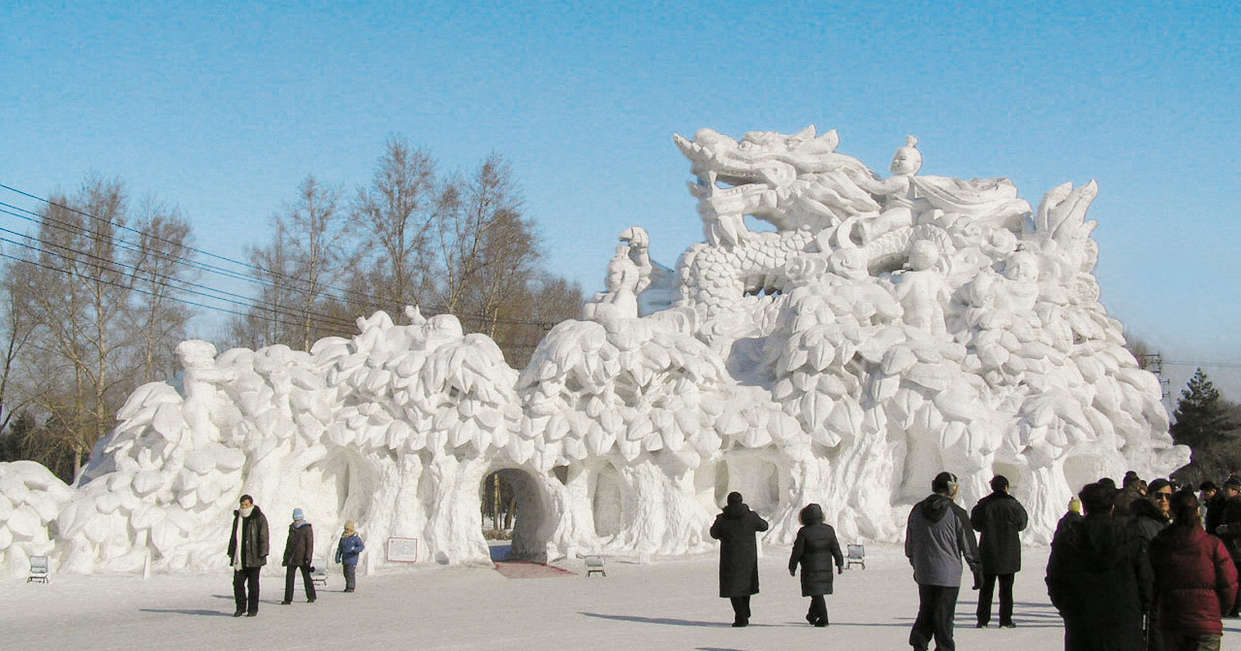 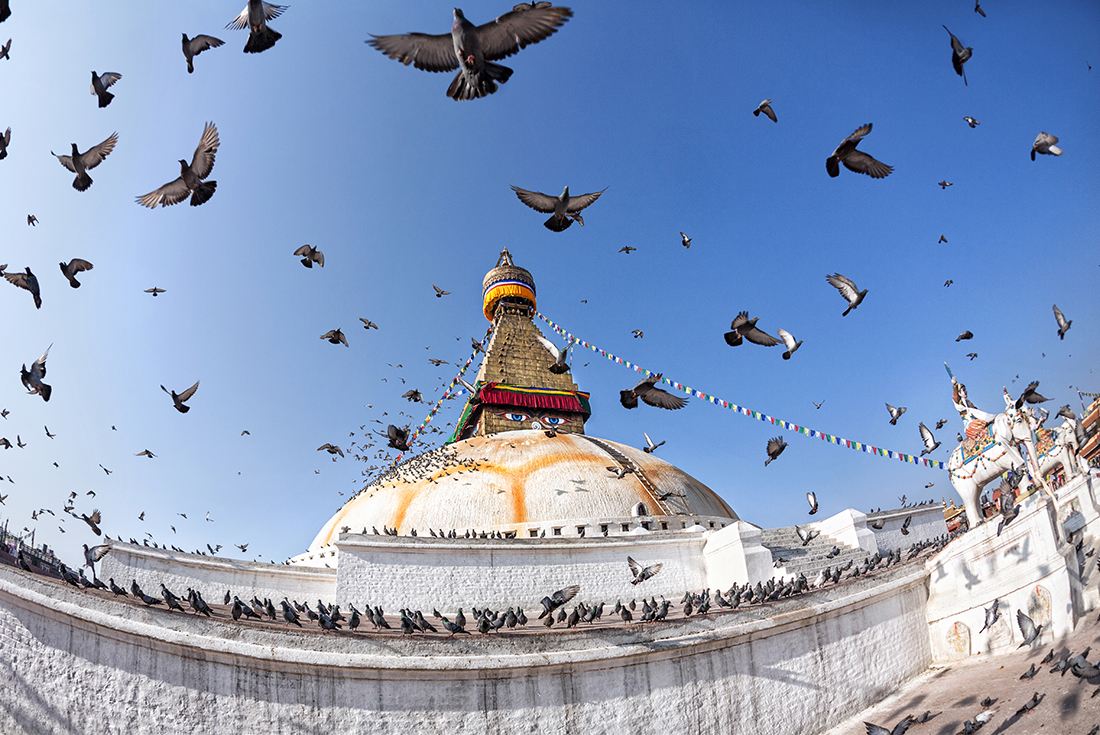