Learn about the wildlife of Borneo and the rainforest on this especially tailored wildlife tour.

Discover the rainforests with their stunning botanical diversity and unique wildlife, with time to explore as part of a small group. Trek into the forests in search of exotic and diverse species, watch from the canopy and take a boat trip down the Kinabatangan River, cruising past proboscis monkeys congregating on the banks.

You’ll also visit the renown Sepilok Orang Utan Centre, dedicated to returning once-captive and orphaned Orang Utans to the forest, the Sun Bear Conservation Centre and more, providing a fascinating insight into the wildlife of this special country.

Stay for one night at the locally rated 4-star Marriott Kota Kinabalu Hotel, enjoying a welcome dinner this evening. D

Depart Kota Kinabalu on a two-hour journey to Kinabalu Park, traveling along the Crocker Range of mountains, which rise up to 6000ft above sea level and lie within the Crocker National Park. Kinabalu Park is a UNESCO World Heritage Site, noted for its wide range of habitats and is also a biological reserve and research site. Home to Mount Kinabalu, one of South East Asia’s highest mountains, the Park is a Centre of Plant Diversity for Southeast Asia and is home to around half of all plant species of Borneo, as well as a wide range of birds and mammals. From the park’s headquarters, you will be able to explore a nature trail and also visit the park’s mountain garden. Stay three nights at Hill Lodge, situated within the Park. B, L, D

Travel within the Park to Poring, known for its lowland dipterocarp forest. From here take a short trek into the forest to the Canopy Walkway. Made up of rope and steel cable suspension bridges that pass through the canopy of the forest, get a bird’s eye view of the forest as you walk up to 40 metres up in the canopy , observing the rainforest’s wildlife. Afterwards, visit the butterfly garden and follow trails in the area as you search for further wildlife. B, L, D

Take the short drive to Mesilau and follow a nature trail, offering opportunities for bird-watching, wildlife spotting and photography of the surrounding landscape. B, L, D

Leave the hilly Ranau region of Kinabalu and travel for five hours along the infamous ‘Sandakan Track’ route where British and Australian prisoners worked as labourers during World War II. Continue to Sukau village, known for its wildlife, and listen out for the sounds of animals, birds and insects on an evening rainforest cruise along the Menanggol River. Keep your eyes peeled for the proboscis monkeys, who convene together on the river bank. Stay three nights at the riverside traditional-style Bukit Melapi Lodge. B, L, D

Explore the dense lowland rainforests on an upriver trip, the perfect place for sighting exotic birds and wildlife, such as macaques, red and Silver Leaf Monkeys. Keep your eyes peeled for elusive birds of prey that may be spotted from the boat, such as the Bornean Folconet or the Bat Hawk. B,L,D

Journey down river today, spotting even more varied wildlife as you go. The river is home to crocodiles, civet cats and otters, as well as the famous proboscis monkey; this monkey is found exclusively in Borneo, and with their webbed hands and feet, are expert swimmers. In addition, you may also notice exotic birds such as the egret and oriental darter, with its long neck and majestic poise, swimming strongly with only its head and slender neck appearing on the surface. B,L,D

Travel to Sandakan today, pausing en route at the Gomantong Caves where local people collect edible birds’ nests. The caves are also rich in wildlife and are home to some one million bats, and with surroundings occupied by Asian fairy bluebirds and leaf birds. Next, continue to the Labuk Bay Proboscis Monkey Sanctuary- privately-owned, and offering close-up sightings of the striking creatures. The diminishing habitat of the Probosis monkey means it has become increasingly difficult for them to find food. Located amid the mangroves in a region of vast palm oil plantations, this private sanctuary provides food and water each day to supplement their diet. Watch from the observation platform where, hopefully, you'll be able to see these fascinating and rare creatures, the males distinguished by their distinctive, pendulous noses and pot bellies! There are also birdwatching opportunities on the mangrove forest walk. Transfer to the Sabah Hotel, where you stay for the next three nights. B,L,D

This morning, after breakfast, visit two wildlife conservation projects that rehabilitate animals with the goal of returning them to the wild – Sepilok Orang-utan Centre and Sun Bear Conservation Centre. Sepilok Orang-utan Sanctuary was established in 1964 and is dedicated to rehabilitating orphan orang-utans. The sanctuary lies in the Kabili-Sepilok Forest Reserve where the orang-utans are taught to climb, feed and ultimately live independently. Walkways and viewing galleries make it possible to watch these fascinating and threatened creatures in their natural habitat (although sightings can't be guaranteed). You'll also be able to find out more about the orang-utans at the Information Nature Education Centre on the reserve.

Next, visit the Sun Bear Conservation Centre. The Sun bear is regarded as the world’s smallest bear and are recognisable by the gold crescent-shaped patch of fur that adorns their chest. The centre is a rescue and rehabilitation centre for these bears, with the aim of releasing them into the wild – though, like much of the wildlife on the island, their natural habitat is under increasing threat from deforestation. The centre also works to raise public awareness regarding the plight of the bears, which you will be able to watch from high level platforms. B, L, D

Today return to the Kabil-Sepilok Forest Reserve to visit the Rainforest Discovery Centre. The Centre was originally established as an environmental education centre and subsequently opened to the public from 2007. Look forward to a day exploring trails and paths in the forest home to dipterocarp trees and enjoying birdwatching. You’ll also be able to view the 343 metre-long Suspension Bridge offering a unique perspective B, L, D

In the morning, enjoy a city tour of Sandakan, including the Central Market – with its seafood and regional produce which is also a social hub for the locals, the beautifully decorated Chinese Temple with an exhilarating view from the top of the hill, and St Michael’s Church. You’ll also see Sim Sim, where houses rest on stilts above the water, and provide a home for the local tribes. Your journey will then take you to the Australian Prisoner of War Memorial, where a commemorative pavilion provides information about the atrocities that happened at the Sandakan-Ranau Marches when Australian and British prisoners in Sadakan were sent by the Japanese to march westward to Ranau. Most never returned, and of the thousand or so Australian prisoners sent to Ranau by the Japanese, only six survived the war. After your tour, transfer to Sandakan Airport for a 50-minute flight to Kota Kinabalu, where you then transfer to the Manukan Island Resort you stay for two nights. B, L, D

Manukan Island is the perfect place to observe monitor lizards and ground birds- such as megapodes, known also as moundbuilders- as it forms part of the Marine National Park. Perhaps travel over to Gaya Island, home to pangolin and flying squirrels, alongside other exotic species, or spend the day relaxing at the Island Resort. B, L, D

Transfer back to Kota Kinabalu for your return overnight flight back to the UK. B

Plus, this hotel features: 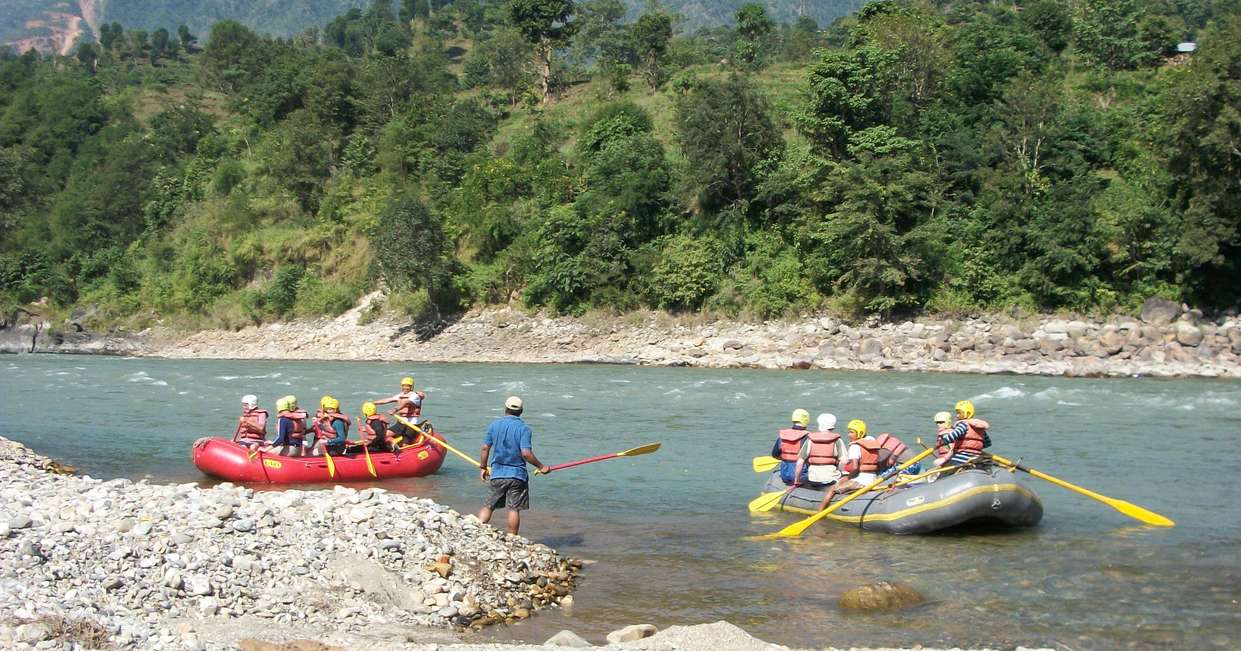 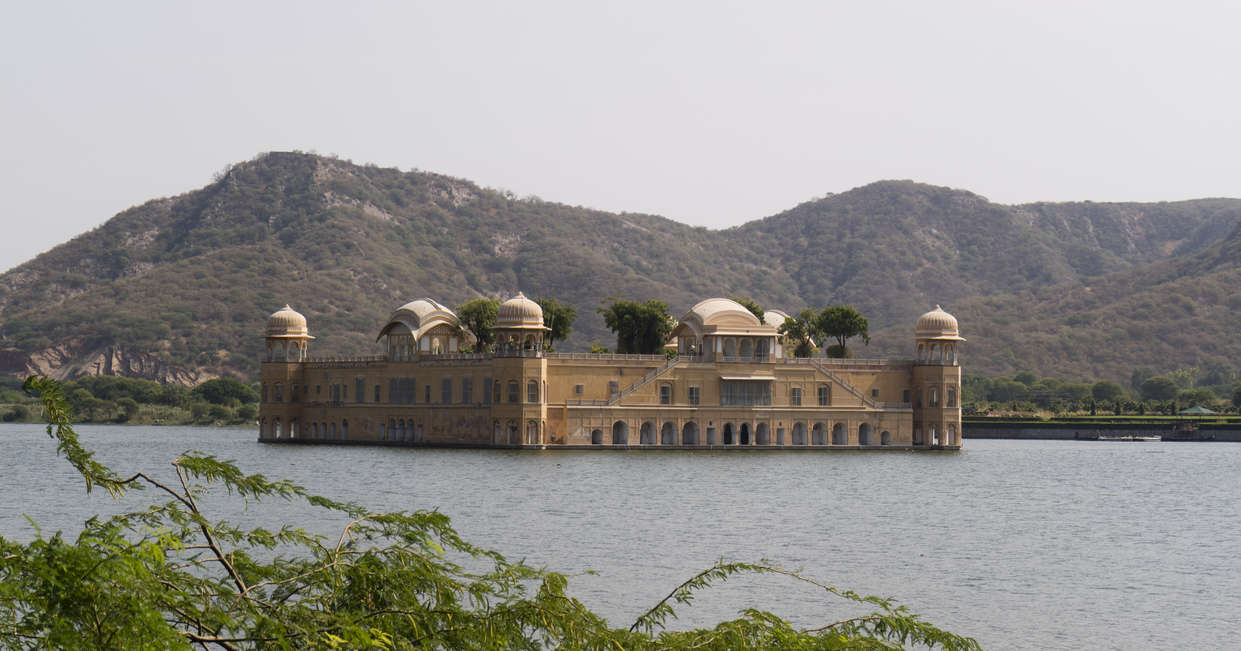 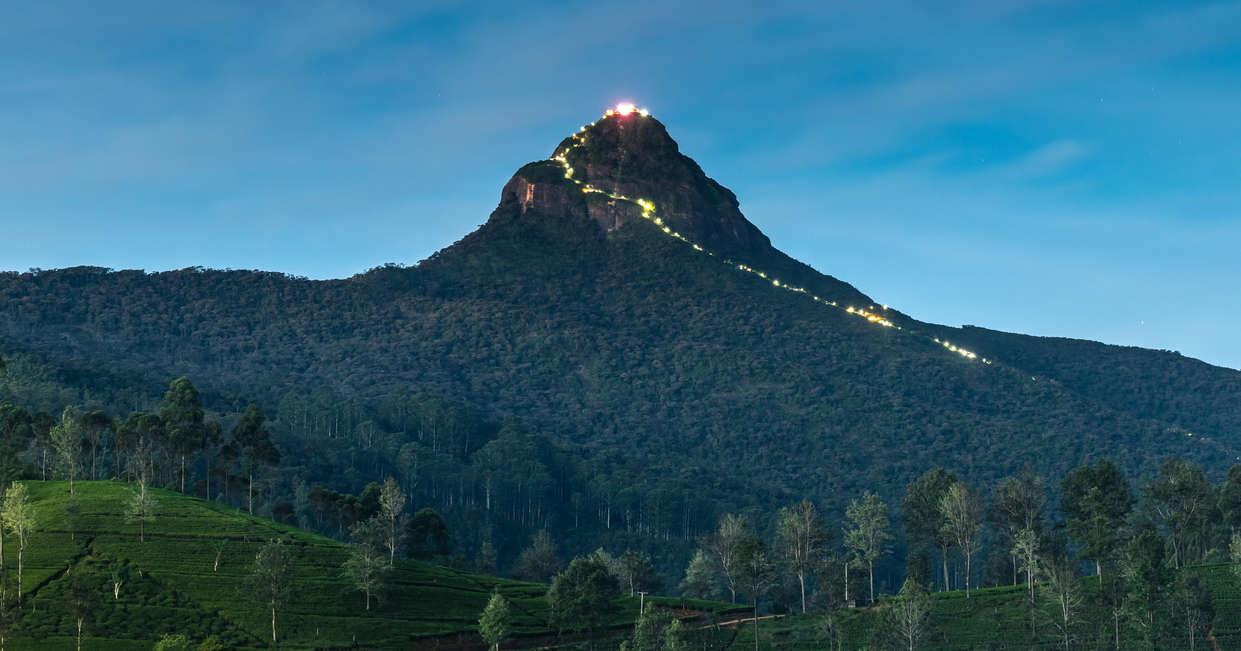 On Foot in Sri Lanka 14 Nights from pp 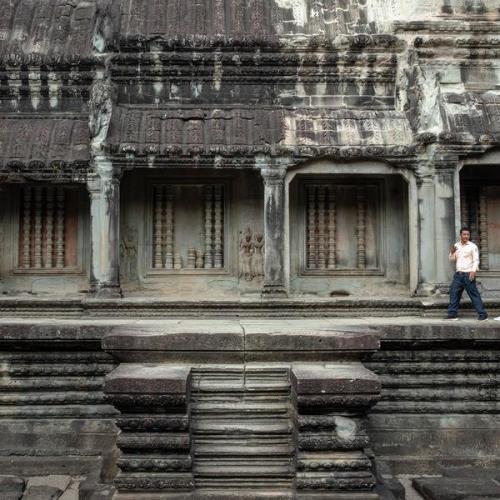 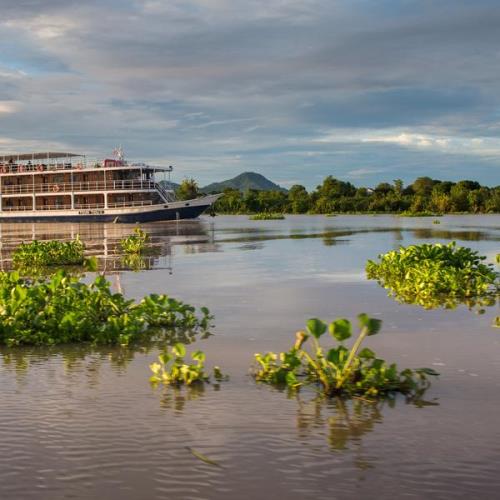 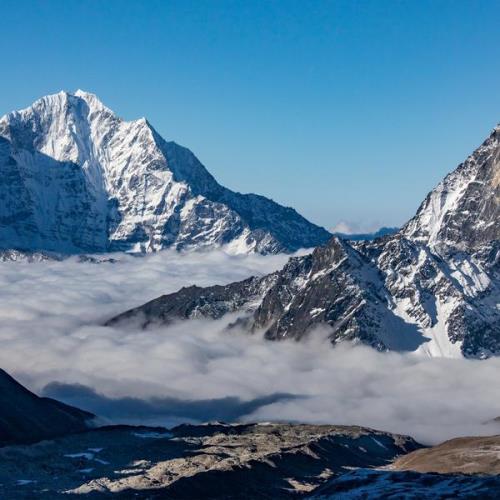 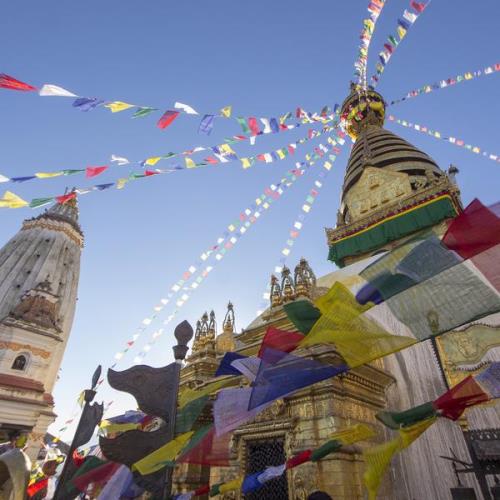 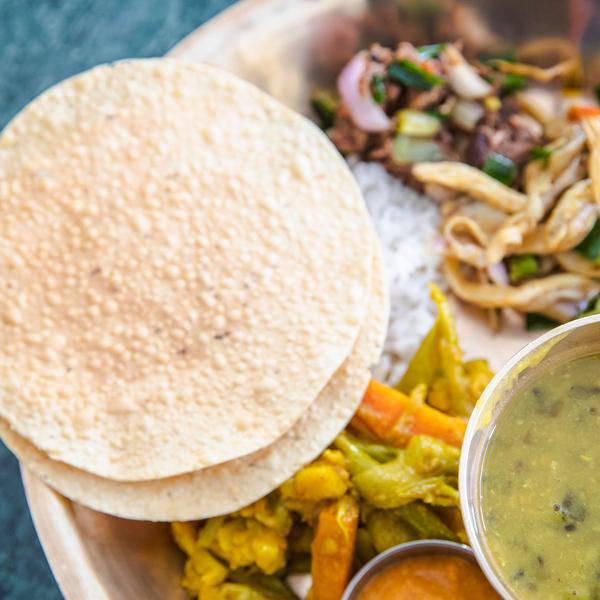 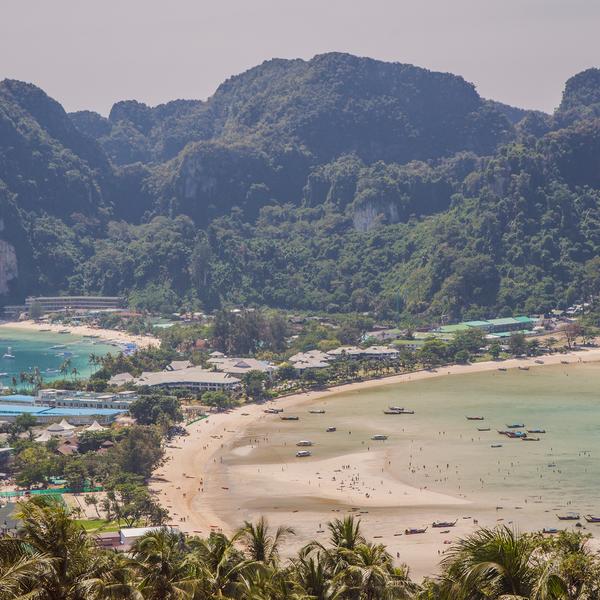 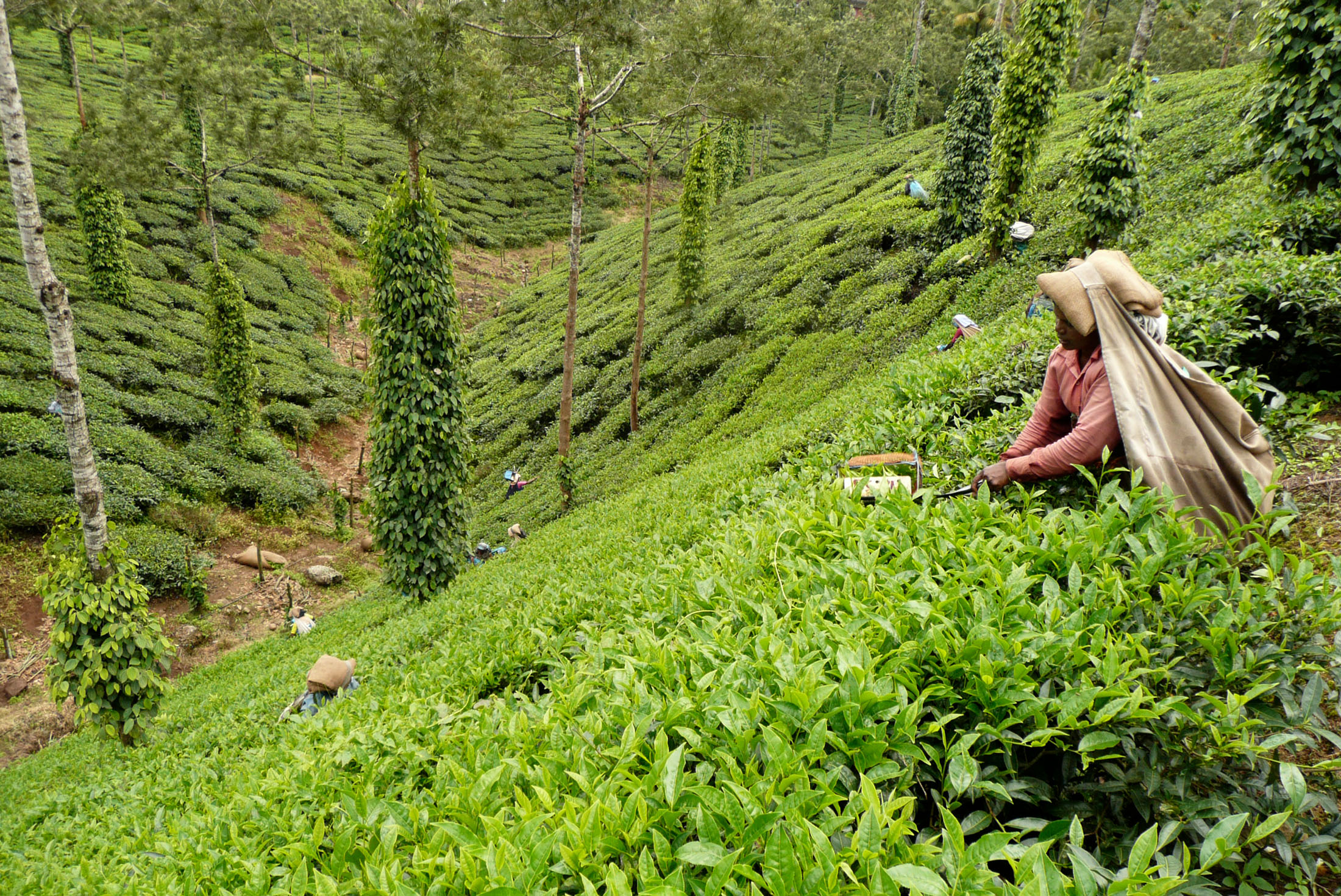