Enjoy a fantastic New Year celebration in Holland based at the 4* Van der Valk Avifauna hotel.  We will enjoy some great included excursions including Amsterdam where you will have some free time to explore all the major sights. We will also visit historical Utrecht before enjoying a stroll round the seaside town of Scheveningen. On New Years Eve we will enjoy a party in our hotel with a welcome drink, selected drinks included and champagne at midnight!

The Hotel Van der Valk Avifauna is situated between Amsterdam and The Hague, on the edge of the Avifauna Bird Park of which hotel guests get free admission. It offers guests a comfortable place to stay in the pretty town of Alphen aan Den Rijn.

As Amsterdam is known for its canals, we’ll be able to enjoy a canal cruise while we’re visiting. This will allow us to explore the city along another avenue, and will also give us a chance to learn more about the city’s history. Alongside this, we’ll also be offered a guided city tour, which will give us an opportunity to find out even more about Amsterdam, as well as to see some of the city’s most famous sights.

Join us as we explore Delft, a beautiful city with a uniquely Dutch atmosphere. Famous for Delftware - the traditional blue pottery produced in the city, as well as for its historical city centre and canals, we’ll be able to enjoy the scenery here.

As Holland’s capital city, Amsterdam is guaranteed to be a fantastic place to visit during our break. The city is famous for its expansive canal system and many bridged islands, for which it’s earned the name ‘Venice of the North’. This vibrant city will be a highlight on our holiday, as it is absolutely packed with things to do.

The Museum Square, or ‘Museumplein’, is home to some of the most significant museums in the city, such as the Rijksmuseum, the Van Gogh Museum, and Stedelijk Museum. All three are well worth touring in our spare time in the city, and there’s also the Anne Frank House and the Civic Guards Gallery, as well as many other exhibits and sights.

Today we enjoy a half day included excursion to the coastal resort of Scheveningen with its cosy boulevard, casino, museums and a renowned pier. Seen as a seaside resort, Scheveningen is the ideal place to relax in, while also enjoying the town’s attractions, which include some small - but no less interesting - museums.

While on holiday we’ll get the chance to go on an excursion to Utrecht city. This city dates from the Stone Age, with many of the city’s historical buildings dating from medieval and Roman times. We’ll spend half a day in Utrecht, and will be able to explore this fascinating city.

Day 2 to 4: Alphen aan Den Rijn
We’ll have a great time, with excursions to historical Utrecht, vibrant Amsterdam and seaside Scheveningen to make the most of. (Breakfast, Dinner) 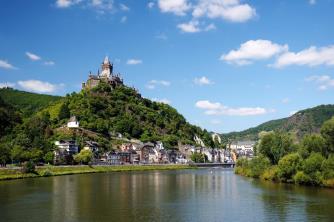