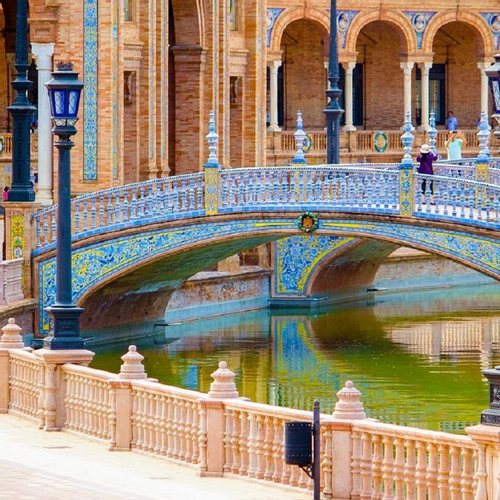 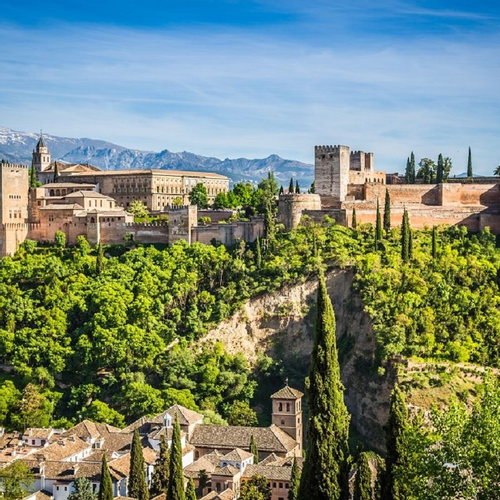 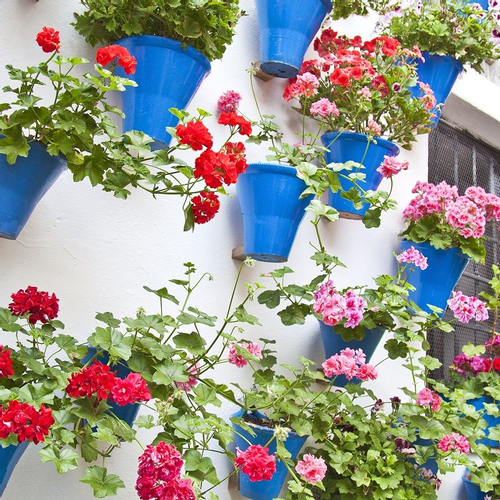 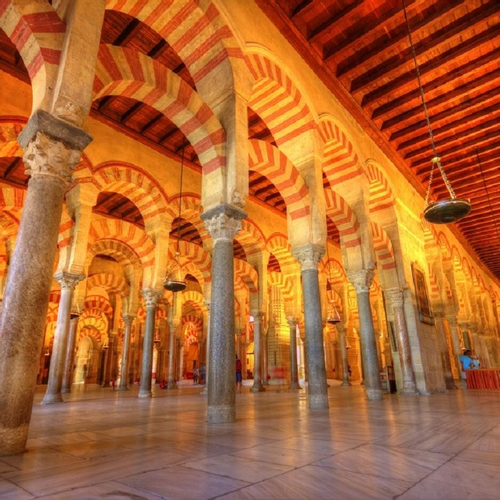 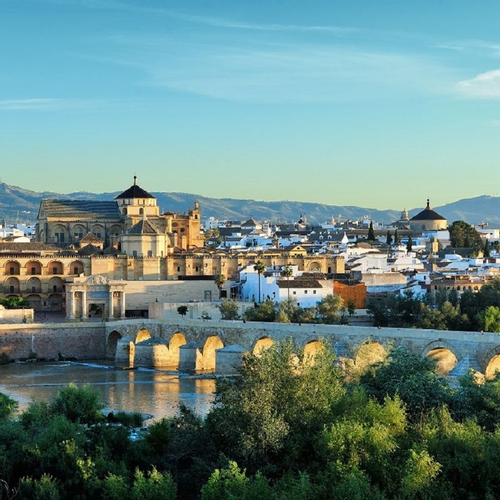 Join us on this memorable tour of Andalusia to see, feel, and understand the passion, romance, mysticism, beauty, and history of Spain, because nowhere are these features more evident than in this ancient southern region. During this fascinating tour, discover the cultural riches of Andalusia, from the inspiring Phoenician times to the Roman, Muslim, Jewish and Christian periods, while visiting spellbinding World Heritage Sites in Seville, Cordoba and Granada.

After landing at Malaga Airport we take our transfer to the hotel in Torremolinos / Costa del Sol where we can spend the rest of our first day exploring our surroundings. You can either venture out into the streets to start discovering the many delights it has to offer at your own pace or simply relax at the hotel while making the most of the available amenities.

After breakfast at our hotel we depart towards Pizarra. There we will stop at a local farm called Juanito Orange, where the charming owner (and the farm’s namesake), Juanito, will teach you all you could ever want to know about organic agriculture, especially regarding his specialty: citrus fruits. At the end of the visit, you’ll have the chance to taste some of the renowned local products, such as a glass of freshly squeezed orange juice or other similar citrus fruits. Then, energised with your vitamin C high, continue on the last leg of the journey towards the legendary city of Seville, where we will check in at our hotel and spend the night.

Wake up to breakfast at the hotel before stepping out into the streets of Seville, capital of Andalusia and one of Spain’s most renowned cities for its authentic Spanish atmosphere and impressive architecture. Set eyes upon all of Seville’s most important sites with a panoramic tour of the city. The tour includes a fun photo stop at the magical Maria Luisa Park, a large lush green space large enough to contain two impressive squares, both of which you will visit. The first one is Plaza de España, and it boasts beautiful ornate tiles, elaborate redbrick towers, bridges and canals. The second square is the Plaza de America, which is flanked by a number of magnificent neo-Gothic and neo-Mudejar palaces. After the tour, the rest of the day is free for you to continue discovering all the things that make Seville special at your own leisure.

After breakfast at the hotel we depart for our next destination: Cordoba. Upon arrival, enjoy some free time to become acquainted with the city at your own pace. This romantic location is known for having been a shining example of coexistence during medieval times, when it was home to Christians, Muslims and Jews who all lived side by side in peace. Cordoba was also the capital of the Moorish caliphate of Al-Andalus during the height of its powers and glory, and nowhere is this wealth more evident than in the magnificent Mezquita (‘Great Mosque’), which is now a Catholic cathedral. Wander through the colonnaded prayer halls, which are decorated with hundreds of marble columns joined by two-tone arches. Admire the mihrab and the side chapels, with their eclectic mix of arabesque and baroque styles, and stroll through the Patio of the Orange Trees, an oasis of peace cooled by the shade of 100 trees. Afterwards, continue to Granada, where we will check in and spend the night.

After breakfast at the hotel we can begin exploring the historical city of Granada while snapping photographs of its greatest treasures. Your day begins with some free time during which you make the rules and design the itinerary for exploring the glorious former capital of the last Muslim state in Spain. Granada still boasts traces of its Moorish past, the most notable one being the stunning Alhambra palace. Then again, the winding streets of the Albaicin Quarter are also a quaint reminder of the days of the emirate, and during the afternoon you will get to tour this mesmerising neighbourhood and learn all about its fascinating history. Lastly, discover the Corral del Carbon, the only caravanserai remaining in Spain.

Today breakfast in the hotel is followed by a trip to Alfarnatejo, a glistening white village lost in Malaga’s sprawling mountain ranges. An essential part of the experience of discovering this tiny town is visiting an ancient olive mill. Don’t miss the chance to set foot inside this building to learn all about the production process. Then top the day off with lunch in a private house, where you will get to taste typical homemade dishes lovingly prepared by the ‘mamas’ of Alfarnatejo (approx. 6-8 people per house). Having eaten, we continue towards our hotel in Torremolinos, back to where our adventure originally started!

Today we can have an leisurely breakfast at our hotel to charge the batteries for a day cleared of plans and schedules; today is for you to relax and enjoy this location at leisure. Put your feet up at our hotel or, if you’re feeling adventurous, go out and discover what this little town nestled between the bay of Malaga and the Mijas mountain range has to offer. Or why not have the best of both worlds: rest in the morning – and why not even enjoy a siesta after lunch, venturing out in the afternoon!

After one last breakfast at our hotel, bid farewell to Andalusia as you hop onto a comfortable transfer to Malaga Airport, where you will catch your flight home.

Compare tour This tour has been added to the comparison list. Cick here to view.
View live deal View live deal Pioneers in creating holidays for the single traveller! 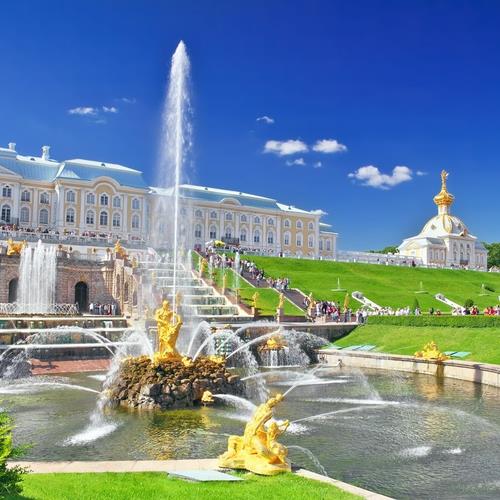