Discover cultural footprints forever present... Over the centuries, the island of Sicily was colonized by the Greeks, Romans, Byzantines, Muslims, Normans and assorted others before becoming part of Spain, then the Bourbon Kingdom, and finally part of Italy. And today... Vestiges of the ancient Greeks and Romans entice in Agrigento and Taormina... the presence of the Normans lingers in Palermo... a distinctive style of Sicilian architecture began in the Baroque Valley centuries ago and flourishes today... Byzantine and Arab art mingle with Italian influences... taste impressive wines from grapes grown in volcanic soil... all for a taste of the authentic Sicily.  Join us for an odyssey through time as you discover a history book of experiences, authentically engaging and always enlightening, as you become a part of Sicily’s extended family.

Discover cultural footprints forever present... Over the centuries, the island of Sicily was colonized by the Greeks, Romans, Byzantines, Muslims, Normans and assorted others before becoming part of Spain, then the Bourbon Kingdom, and finally part of Italy. And today... Vestiges of the ancient Greeks and Romans entice in Agrigento and Taormina... the presence of the Normans lingers in Palermo... a distinctive style of Sicilian architecture began in the Baroque Valley centuries ago and flourishes today... Byzantine and Arab art mingle with Italian influences... taste impressive wines from grapes grown in volcanic soil... all for a taste of the authentic Sicily.  Join us for an odyssey through time as you discover a history book of experiences, authentically engaging and always enlightening, as you become a part of Sicily’s extended family.


Tour begins: 6:00 PM. A transfer is included from Catania – Fontanarossa Airport to the Grand Hotel Ortigia, a century-old landmark hotel ideally located in the historic heart of Siracusa on the island of Ortigia. Join us for a welcome reception and dinner at the hotel tonight.


Walk in the footsteps of ancient Greek explorers who settled on this historic island in 734 BC, building a city of archaeological splendors, economic prosperity and political power that rivaled Athens as the most important city in the world until it fell to the Romans in 212 BC. Your locally guided walking tour today reveals some of its treasured Greek and Roman sites as you explore Neapolis Archaeological Park, including the 16,000-seat Greek Theatre (Teatro Greco), the Ear of Dionysius (Orecchio de Dioniso), and the 3rd-century Roman amphitheatre. Back in Ortigia, visit the Theatre of Apollo, the Baroque Duomo and, schedule permitting, view the Caravaggio painting, The Burial of Saint Lucia, in the Basilica Santa Lucia al Sepolcro. Lunch today is a noble affair when you dine at the family palazzo of the Barone Pietro di Beneventano, and taste wines from the family vineyard. Free time this afternoon offers you an opportunity to see more of the city or walk back to the hotel with your Tauck Director, where the remainder of the day is at leisure.


Drive to the UNESCO World Heritage Site of Noto this morning where a walking tour along the elegant Corso Vittorio Emmanuele promenade showcases the city’s Baroque buildings, golden-hued palazzi and churches among them, rebuilt after a devastating 17th-century earthquake. View from the outside the Basilica di San Salvatore and the Duomo di Noto as well as the ornate Palazzo Nicolaci di Villadorata, before exploring on your own. A tour of a local herb farm later this afternoon introduces you to the freshly picked aromatic spices that add true regional flavor to today’s family-style tasting lunch. Dinner this evening is at the hotel in a choice of two restaurants.


This morning, drive to Ragusa Ibla for a guided walking tour of its ancient labyrinthine lanes and a behind-the-scenes look at the private garden in an inside courtyard, century-old Circolo del Conversazione (Gentlemen’s Club) and intimate Il Piccolo theatre of the Arezzo family, who have lived in their 19th-century palazzo here for more than 200 years. Dinner will be back at your hotel this evening.


The nearby town of Piazza Armerina, a UNESCO World Heritage Site, has been called an “art city” woven into the fabric of Sicily for good reason. The mosaics you will see here are considered among the most beautiful and best preserved of their kind anywhere in the world. Your artful discoveries begin when you step inside the Roman Villa del Casale, dating back to 320 to 350 BC when it was built for a Roman official back in the day. Look down at the floors as you tour the villa; the mosaics, both figurative and geometric, cover the surfaces measuring some 37,674 square feet, telling eloquent tales of Homeric poems and myths, nature and scenes from aristocratic life. You will also discover mosaic murals on the walls and columns, and statues and coins that pay further homage to the glory days of the Roman Empire. Drive back to your resort after lunch for an afternoon at leisure and join us for a private pizza party tonight!

Overnight: Hotel Villa Athena
Meals: B, L, D
Port of Call:
Day 6: Temples of Agrigento and on to Palermo


Drive to Agrigento today for a guided visit of its archaeological treasures at the Valley of the Temples, a UNESCO World Heritage Site built on a hillside facing the sea with a history that dates back to 581 BC. Your exploration starts at the top of the Valley with a visit up a steep hill to see the Temple of Juno up close. From there it is a downhill walk along cobblestone roads to see columned temples and tombs impressively built and remarkably awe-inspiring today. After lunch, drive to your Palermo hotel for a two-night stay and enjoy dinner at leisure.


Start your day with a guided visit to the Palazzo dei Normanni, the seat of the kings of Sicily during the reign of the Normans and the main seat of power for Sicilian rulers for centuries. A UNESCO World Heritage Site together with the Palatine Chapel in the heart of the palace, the palazzo dates back to the 9th century and boasts multicultural touches that were added later. These include the spectacular mosaics of precious stones, many glittering in gold, you will see in the royal apartments and chapel, which also features inlaid carved marble floors and a painted wooden ceiling. A walking tour of historic Palermo is followed by lunch and a guided visit to Teatro Massimo, the largest opera house in Italy and the setting where the final scenes of the movie, Godfather Part III, were filmed. After free time this afternoon, join the son of a baroness for an exclusive private dinner and tour of his family’s art collection in their historic city-center villa, designed by Ernesto Basile, the architect of Teatro Massimo.


Journey to Cefalù for a guided tour of its Norman cathedral, considered one of the jewels in Sicily’s Norman-Arab crown that includes the magnificent cathedral of Monreale and Palermo’s Palatine Chapel. View its soaring twin pyramid towers outside and elaborate Byzantine mosaics inside before driving into the Madonie Mountains. Then, it’s on to Taormina this afternoon on a scenic drive that offers picturesque views of the Aeolian Islands dotting the seascapes. Arrive at your hotel late afternoon and enjoy an evening at leisure.


A guided walking tour of Taormina this morning takes you up hilly lanes to the Teatro Greco built in 3 BC by the Greeks and remodeled by the Romans. The views from here are worth the climb! Enjoy time to explore the sights on your own for the remainder of the day. If you wish to experience an active adventure today, join us for a 4x4 Range Rover adventure up Mount Etna for a hike on its moon-like lava surfaces, followed by lunch and a tasting at a family-owned winery. Join us for a farewell reception and dinner tonight at the hotel.


Tour ends: Taormina. Fly home anytime. A transfer is included from the Belmond Grand Hotel Timeo to Catania – Fontanarossa Airport (a 45-60 minute drive). Allow a minimum of three hours for flight check-in at the airport.

Compare tour This tour has been added to the comparison list. Cick here to view.
Visit website Enquire Book between now and the 31st December for travel in 2020 & receive an additional hotel night free pre or post tour! 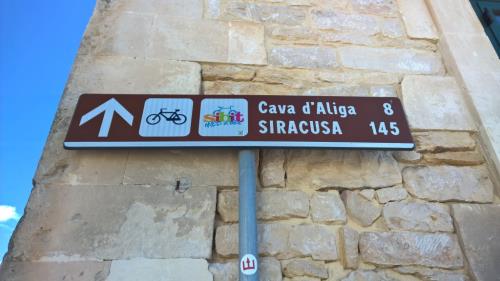