Passionate, picturesque, complex Spain defies description in its wealth of diverse landscapes, cityscapes, cuisines and cultures, ancient and modern... and in just one week... From the startling, whimsical architecture of Gaudí in Barcelona to the Moorish opulence of The Alhambra in Granada... the Baroque, operatic settings of Seville... the colorful history and seaside beauty of Málaga, Picasso's hometown... medieval Córdoba, rich in stunning architecture and history, once the greatest center of learning in Europe... modern Madrid and the masterpieces of The Prado. Barrios, cathedrals, ornate palaces, vibrant metropolises and sun-kissed, whitewashed villages all wait to share their visual splendors, stories and unexpected treasures.

Passionate, picturesque, complex Spain defies description in its wealth of diverse landscapes, cityscapes, cuisines and cultures, ancient and modern... and in just one week... From the startling, whimsical architecture of Gaudí in Barcelona to the Moorish opulence of The Alhambra in Granada... the Baroque, operatic settings of Seville... the colorful history and seaside beauty of Málaga, Picasso's hometown... medieval Córdoba, rich in stunning architecture and history, once the greatest center of learning in Europe... modern Madrid and the masterpieces of The Prado. Barrios, cathedrals, ornate palaces, vibrant metropolises and sun-kissed, whitewashed villages all wait to share their visual splendors, stories and unexpected treasures.

Tour begins: 6:00 pm, The One Barcelona, Spain. A transfer from Barcelona Airport or the Barcelona Franca train station is included to your hotel, The One Barcelona, ideally situated minutes by foot from luxurious Passeig de Gracia and landmarks by Antoni Gaudi. Meet the traveling companions who will experience Tauck's one-week Spain vacation with you at a welcome cocktail reception and dinner tonight.

Location: The One Barcelona

Barcelona is an exceptional city overflowing with history, art and culture. Walk with your local guide along famous Las Ramblas to the Plaça del Pi; explore the Gothic Quarter (Barri Gotic) to get a good look at the 13th-to-15th-century architecture. Drive to seaside Montjuic, site of the 1992 Olympics, and visit la Sagrada Família, the fanciful, unfinished cathedral designed by Antoni Gaudí I Cornet. For lunch, sample local tapas on an included tasting tour through several of Barcelona's iconic tapas restaurants; discover more of the city as you please for the remainder of the day and evening.

Location: The One Barcelona

Day 3: Málaga, then on to Granada

From Barcelona, take an included morning flight to the seaside city of Málaga on the Costa del Sol, hometown of the artist Pablo Picasso. Upon arrival, begin your discoveries with a panoramic tour and walking tour of this historic Andalusian city, one of the oldest continuously inhabited cities on Earth, chronicling some 3,000 years of civilization. After time for lunch as you please, if you wish, visit the Museo Picasso Málaga – a modern museum opened in 2003, displaying nearly 300 works by native son Picasso, converted from a former 16th-century palace and other historic buildings just a few hundred meters from the artist’s actual birthplace. Continue overland to Granada, a jewel of the Sierra Nevada foothills in southern Spain, where you'll enjoy dinner with wine at your palace hotel tonight.

Day 4: From Granada's Alhambra through Andalucía and on to Seville

Join us for an insider tour of the 14th-century Moorish castle fortress and gardens at the famed Alhambra this morning. Explore the massive Renaissance palace of Charles V and the lush fountain-filled gardens of the Generalife. After lunch it's on to Seville via Andalucía, a melting pot of different cultures sometimes referred to as the bridge between two continents; journey through Andalucía's rolling hills and view charming villages with whitewashed houses clinging to the hillsides. Arrive in romantic Seville, where your two-night stay in the heart of the city at the Hotel Alfonso XIII – enjoying a reputation as one of the world's finest hotels – kicks off this evening with a private performance of flamenco dancing followed by dinner.

No Spain vacation would be complete without a visit to charming Seville; get your bearings on an orientation tour of this spectacular city dating back nearly 2,000 years. A horse and carriage ride transports you through Maria Luisa Park, before a walking tour of the Barrio de Santa Cruz and the maze of old streets in the former Jewish Quarter. Enjoy a guided tour of Seville Cathedral, the third-largest Roman Catholic church in the world; tour the Cathedral, containing the final resting place of Christopher Columbus and home to the famed Giralda Bell Tower. The remainder of the day is free for you to pursue what interests you most in Seville.

Day 6: Córdoba & on to Madrid by rail

A panoramic tour of the charming Moorish-influenced city of Córdoba with your local guide leads to a walking tour through the historic former Jewish Quarter and a visit to the ornate 8th-century La Mezquita, once one of the world's largest mosques, and now a Roman Catholic cathedral. Board the high-speed AVE train and have lunch as you travel in Preferente class to Madrid for a two-night stay in Spain's marvelous capital city, which you'll enjoy as you please this evening.

Your day in magnificent Madrid kicks off with a guided tour of the famed Museo Nacional del Prado, one of the finest art museums in the world. Later, a city sightseeing tour takes you to highlights including Palacio de Oriente, the ornate Royal Palace built in the 18th century; grand avenues such as Gran Via and Castellana, and El Parque del Buen Retiro. The afternoon is free to explore and have lunch as you please in Madrid. Enjoy typical Castilian entertainment at our farewell cocktail reception and dinner this evening... a fitting finale to your weeklong travels through Spain.

Compare tour This tour has been added to the comparison list. Cick here to view.
Enquire Book between now and the 31st December for travel in 2020 & receive an additional hotel night free pre or post tour! 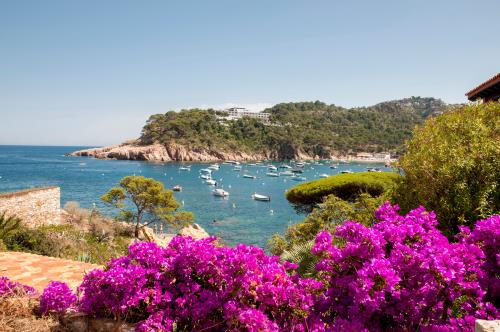 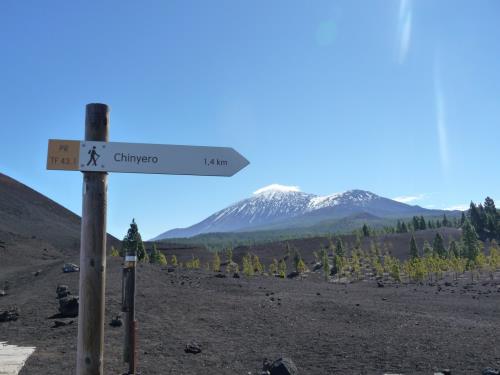