Balkans off the Beaten Track

Unlock the beauty of the Balkans as you make your way through the dramatic landscapes and culture-rich communities of Albania and North Macedonia. Relatively undiscovered by UK visitors, you’ll be veering off the well-worn tourist trail - and your reward will be spectacular national parks, World Heritage Sites and centuries-old mosques, churches and monasteries. We’ll tick off the two capital cities and meander through unspoilt countryside. In North Macedonia, we’ll base ourselves in Ohrid - a lakeside resort with a church-filled old town.

Titan’s VIP door-to-door travel service collects you from home, for your flight to Tirana. On arrival our coach transfers you to our hotel.

We begin with a guided tour of Tirana, Albania’s vibrant capital and a destination just emerging on the city-break scene. Ambling along the main boulevard, we pass the Presidential Palace and National Arts Gallery, before continuing to Skanderbeg Square, home to the 18th-century Et’hem Bey Mosque, the Palace of Culture and the National History Museum.

You’ve got the afternoon to explore on your own - perhaps take the cable car up to Mount Dajti National Park for forest walks and spectacular city views.

Today we make our way to Shkodra, stopping off in the city of Lezha for a visit to the Memorial Museum of Skanderbeg, a national hero. Settled on the shores of its namesake lake, Shkodra has history and culture in spades - founded in the 4th century BC, it’s one of the oldest cities in Albania and the country’s centre of Catholicism.

After calling in at the cathedral and a photography museum, we stop by the lake, before touring the hilltop Rozafa Fortress.

The riverside city of Berat is on the agenda today. It has a fairly chequered history, with everyone from the Ancient Greeks to the Byzantines to the Romans leaving their cultural stamp. But it’s the Ottoman architecture that you’ll notice the most these days - and it’s what helped the city win UNESCO World Heritage Status in 2008.

Explore the hillside houses and grand mosques, and tour the Byzantine churches hidden inside the walls of Berat’s castle. We make our way back to Tirana via a local winery, for the chance to sample Albanian whites and reds.

The medieval town of Kruja is our first destination today. We get a great insight into Albanian culture at the History and Ethnographic Museum (housed in a 5th-century castle), before ducking into the old bazaar to browse traditional crafts, silver filigree and colourful kilim rugs. Souvenirs sorted, we’ll return to the hotel.

Bid farewell to Albania as we journey east into North Macedonia, making our way to the lakeside town of Ohrid, where we stay for six nights. Ohrid is one of the country’s prettiest places. We spend today visiting a number of its churches, including the photogenic Church of St Jovan Kaneo, perched on a clifftop overlooking the lake’s glassy waters. We also get a glimpse at the Icon Gallery - Ohrid’s collection of Byzantine icons is one of the most important in the world, and one of the reasons the area holds World Heritage Site status.

A scenic boat ride takes us south along the forest-edged shores of Lake Ohrid to the Byzantine monastery of St Naum. We pass the villages of Pestani, Trpejca and Ljubanista, and stop off at the ‘Bay of the Bones’, a reconstruction of an ancient pile-dwelling settlement. After a visit to the monastery - which houses frescoes and iconostases dating back to the 16th century - you have some time at leisure. Perhaps enjoy lunch with a lake view or wander down to one of the two beaches beside the monastery for a paddle or swim.

Today is devoted to North Macedonia’s capital, Skopje - a city destroyed by an earthquake in 1963, then rebuilt to its former glory. A guided tour in the morning leads us around some of the city’s old and new highlights, including the Old Skopje Bazaar and Macedonia Square.

Once the tour wraps up, there is time to explore Skopje on your own. Perhaps take the opportunity to visit one of the many galleries or museums, or find a café for a strong, thick Turkish coffee and a feta-stuffed burek pastry.

Today is free to explore Ohrid at your own pace. The old town is a jumble of frescoed churches and basilicas, with narrow, cobbled streets winding down a hillside to the lake and a delight to just wander.

More stunning scenery is on the cards today as we travel around Mavrovo National Park. It’s home to the country’s highest mountains, as well as winding rivers, herb-scented meadows and dramatic gorges. Our route takes us past a trio of artificial lakes, including the spectacular Movrovo Lake - surrounded by forested hills and snow-dusted peaks. We also stop for a peek inside the monasteries of St Jovan Bigorski and St Georgi Pobedonosec.

Today is another free day. Go for a wander through the small bazaar, watch a demonstration at a traditional paper-making workshop, or browse the exhibitions at Cultura 365 gallery and cultural centre. 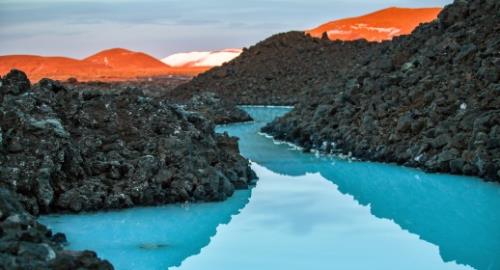