Picture this: venturing through the vast plains of Tanzania’s mighty National Parks, spotting wildlife you’d otherwise only see in guidebooks. Sound too good to be true? Trust us, this once-in-a-lifetime Kenya & Tanzania Adventure is oh-so-real. On this trip you’ll experience the history and culture of two of Africa’s most intriguing regions before stretching out on the pristine beaches of postcard-worthy Zanzibar. Now that’s what we call an adventure!

Welcome to Nairobi! Pro tip: try to arrive the day before the trip’s scheduled departure date in order to relax (and combat any jet lag). That way, you can join us for our pre-departure meeting. On day one, we’ll kick-start our adventure by travelling to the Maasai Mara National Reserve, Kenya’s best-known game park. Looking for the real Africa? This is it! We’ll spend two nights camping here, with plenty of time to explore the park and meet the locals on morning and afternoon game drives. Keep your eyes peeled for some (if not all) of Africa's 'Big Five' (elephant, lion, rhino, buffalo and leopard) and a whole bunch of other wildlife, too.

Yes! You’ve got another day to soak up the Mara’s rolling grasslands and broad horizons (heart eyes emoji). Watch out for wildebeest and zebras!

Leaving the incredible natural wonderland of the Maasai Mara behind us, today we’ll hit the road back to the chaotic city of Nairobi, where we’ll stay overnight.

After crossing the border into Tanzania, we’ll arrive at our next destination: Arusha. This place is Tanzania’s ‘safari capital’ – a bustling city with colourful markets, nestling in the shadow of Mt Meru. If we have time, we’ll take a guided walk in a Maasai village to learn about the local culture before heading to our camp (if not, we’ll do it on day seven). But first: anyone for an optional camel ride?

Today we’ll switch to smaller 4x4 vehicles as we head west to Serengeti National Park. Don your khaki greens, ‘cos we’re going all-out safari mode! Exciting. Passing into the park, we’ll drive around the crater rim and down onto the Serengeti plains, which are home to an huge variety of grazing animals and birdlife. Flatter and larger than the Maasai Mara, the Serengeti certainly lives up to its nickname: ‘the place where the land moves on forever'.

Rise and shine! This morning we’re heading out on a game drive beyond the plains – and after lunch, we’ll ascend the outer wall of the awesome Ngorongoro Crater. Tonight, we’ll stay on the rim of the crater (read: pack your warmest jacket).

Today, we’re headed inside the Ngorongoro Crater for a morning of game driving and wildlife spotting. It’s a tough life. Then: it’s back to Arusha. If we didn’t already do it on day four, we’ll visit a Maasai village this afternoon.

Next stop, Bagamoyo. If we’re lucky with the weather, we might even get to see an ah-mazing snow-capped Mount Kilimanjaro (Africa’s highest peak) on the way.

Today we’re hitting the road south to Dar es Salaam, which is hot, humid and full of high rises, colourful markets and Arab-influenced architecture. Tonight we’ll set up camp on the beach (OMG). Feel that balmy sea breeze yet?

Hop on the ferry – we’ve got a beautiful palm-fringed island to get to! Fact: Zanzibar was once a major trading centre of spices. Did we mention this place has heaps of amazing optionals? We’re talking spice tours, visits to the Old Fort and more. Please note: As we leave the truck on the mainland, basic safari lodge/hotel accommodation and breakfast on Zanzibar is included. However, you will need to arrange your own lunches and dinners. We usually divide our nights in Zanzibar between accommodation in Stone Town and accommodation on one of the northern beaches, but there are no set activities – the time is entirely yours to do as you please.

After breakfast, why not head out on foot to explore Stone Town? You’re sure to find a whole bunch of souvenirs here. Wanna get aquatic? Then an optional snorkelling or scuba diving session has your name on it.

If it's white sand, sparkling sea and hot sun you're after, you’ve come to the right place! Later, indulge in some de-LISH seafood or simply relax beneath a coconut palm with a cocktail and a good book. #Bliss

Nooooooo – after one last breakfast as a group, it’s time to jump on the ferry back to Dar es Salaam. Our trip ends here. Facebook friends, anyone? 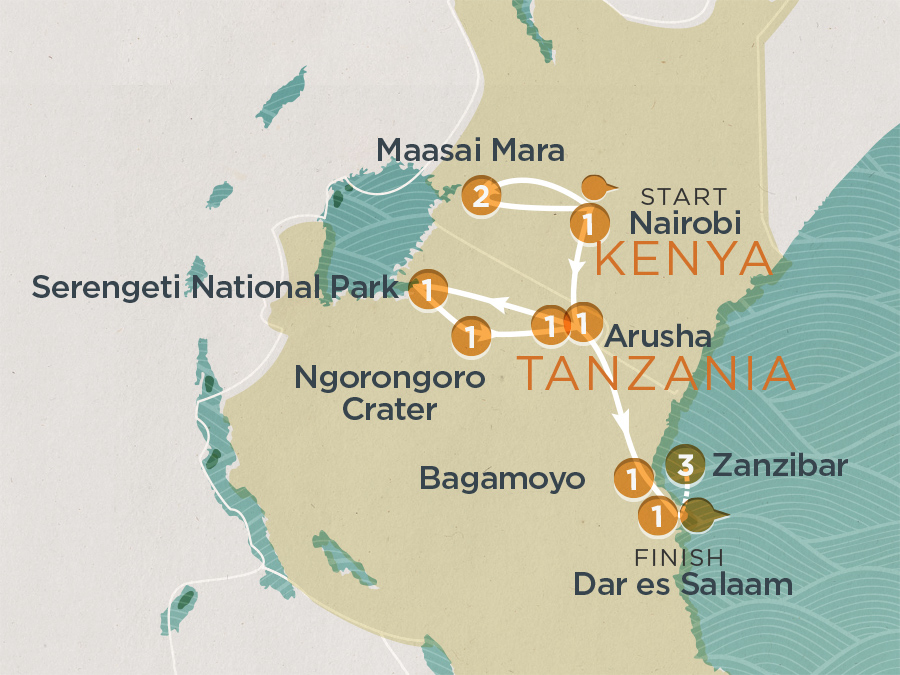 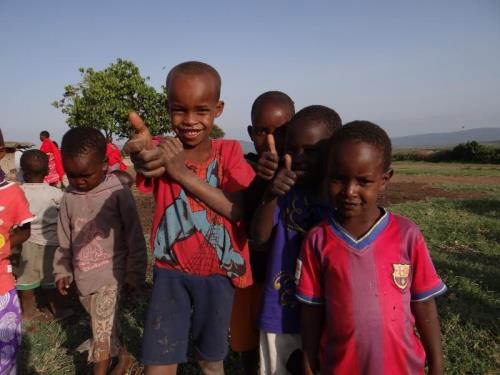 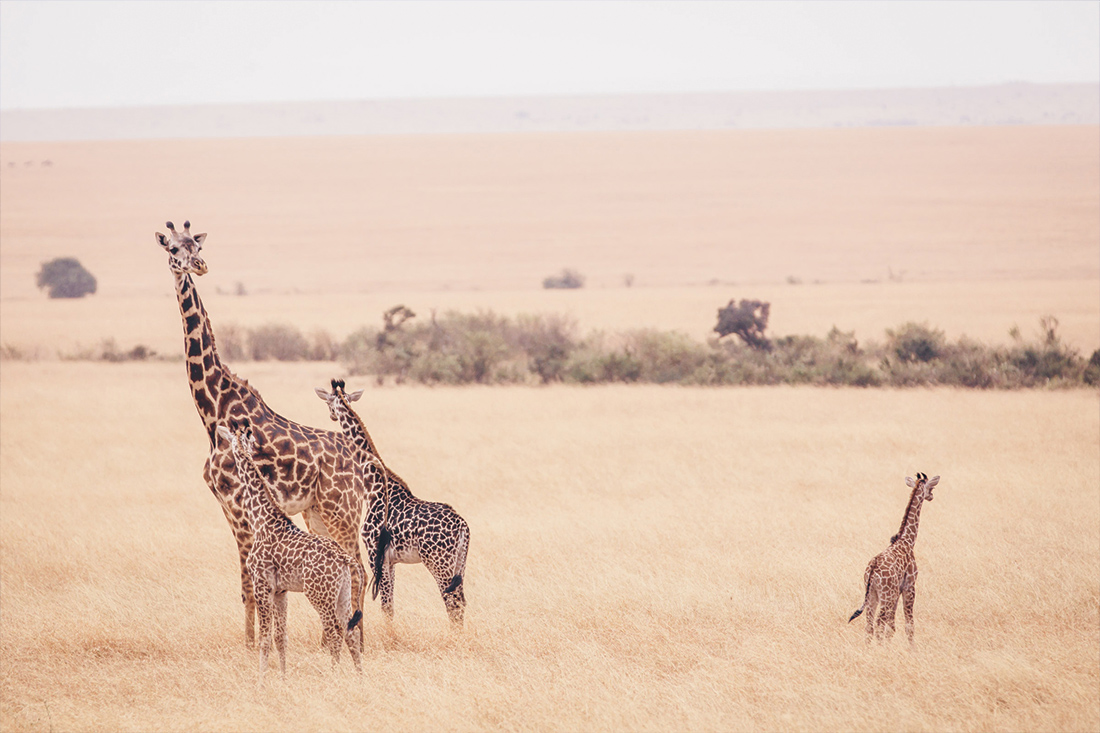 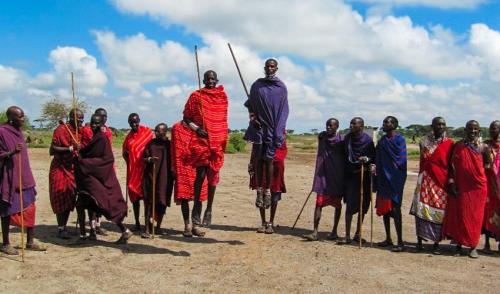 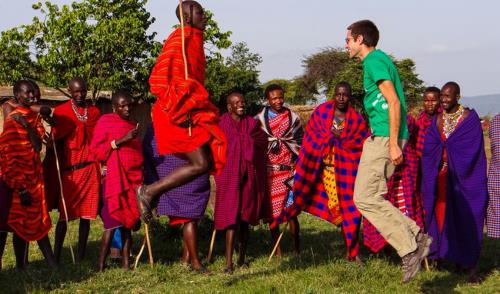 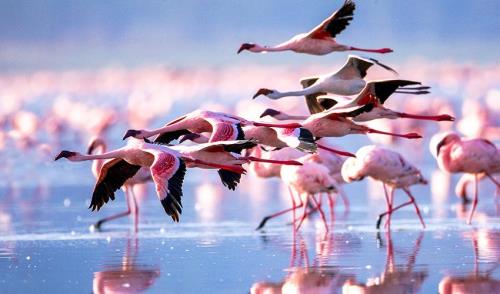