How does the idea of blue waters, picturesque islands the rugged Balkan coastline sound? Amazing? We agree - so come join us and explore the beautiful Adriatic. On this adventure you'll also experience romantic Paris, the stunning Swiss Alps and all the artistic splendour of Italy. And if that wasn't enough, how does three magical days sailing in glorious Greece grab you for an ending?

All good things start with Paris. Meet the crew, grab some supplies and hit the road early in the morning as we jump across the English Channel. Pinch yourself and Instagram your first selfie before we kick off the trip with a driving tour and picnic next to the Eiffel Tower. Home to Coco Chanel, the Pompidou Centre and the Mona Lisa, Paris more than deserves its reputation as the European capital for all things culture, fashion and food. Now’s your chance to find out why.

This morning: free time en Français. From the Louvre and the Musée d'Orsay to the Arc de Triomphe and the Champs Elysées, you'll be sure to make a solid dent in your bucket list. Later on, you can stretch those legs on an optional bike tour of Paris, or simply roam the streets on your own. End your day with an optional Seine River cruise or a #throwback bohemian cabaret show.

Trade in Parisian streets for snowy peaks. Home to the highest point in Europe, 72 waterfalls and one of the largest nature conservations in Switzerland, Lauterbrunnen is where we'll be spending the night. Upon arrival, chow down on fondue and hit the bar for a nightcap.

Scenic hikes and jaw-dropping views are high on today's agenda. Go low key with a mountain walk or hop on board the Jungfraubahn railway for an optional visit to the Jungfrau Mountain summit. Expect fairytale villages en route and skydiving out of a helicopter upon arrival (if heights don't scare you). Another feast awaits your return, regardless of how you make your way back down.

Trade in your gruezi for bonjour as we follow in Napoleon's footsteps down to the glamorous French Riviera. Try your hand at celeb spotting as you explore the world's most lavish waterfront property.

Hit the beach with the paparazzi posse, or go wild in the designer boutiques in Nice's Old Town. Later: roll with the jet set on a guided tour and see how the 1% live (hint: it involves Ferraris and bathing in caviar). Feeling lucky? Hit the tables at the Monte Carlo Casino and make it rain (or not). Also today: visit a traditional French perfumery.

Today it’s up and onwards to the renaissance romance of Florence – but first, we’ve got a couple of pit stops. Have a look around a traditional French perfumery, then take THAT shot at the Leaning Tower of Pisa before trucking on to the Tuscan hills outside Florence. Ready to eat, sleep, repeat in the foodie capital of the world?

Time to give that bucket list a workout – after a walking tour of Florence, we’re off to Rome! Make like Caesar (the emperor, not the salad) and work up a ‘colossus’ hunger as you pass by the Pantheon, throw your two cents in the Trevi Fountain, sit on the Spanish Steps and visit ancient history's version of the Hunger Games set at the Colosseum. Tonight, you're in Disneyland for foodies. Have fun.

Create the ultimate Roman Holiday in one day with a whirlwind of Vespas, espresso, two-cheek kisses and pizza the way it's supposed to taste. Count your blessings on an optional tour of the Vatican City, then play 'I-spy' with two-and-a-half millennia worth of history. Want more? Then you could always shop till you drop on Via Condotti, head to Capitoline Hill for awesome views of the Roman Forum and Colosseum or just kick back in Piazza Navona for some dolce far niente (delicious idleness).

Day 10: Rome to Sailing in Greece

A short drive along the Greek coastline, then it’s on to our flotilla of yachts for three days of sun, sand and sailing on the Ionian Sea. By night, flaunt those European tan lines as we drop anchor and hop between authentic Greek tavernas for a hat-trick of feasting, table dancing and ouzo. You know the saying ‘too much of a good thing’? Neither do we.

What happens when you paint a former communist capital in vivid colours? According to Tirana's artist-turned-mayor-turned-TED speaker Edi Rama, people start paying taxes and crime rates plummet. True story. We'll kick things off with a driving tour and a group dinner before we let you loose into the night.

Press your nose to the window and soak up all the stunning views that race past the coach window as we head up Montenegro’s coast on our way to the most famous walled city in Europe (stopping at Budva on the way). Later, we’ll take a wander around Dubrovnik's tiny cobblestoned streets and explore a few hidden cafés and shops before grabbing dinner and checking out the glitzy nightlife.

Today we’ll listen to the ocean play an instrument in Zadar. Yep, you read that right. The Sea Organ is a quirky art installation nested within the city’s eclectic mix of Roman ruins and public art. More cool facts await you on an orientation tour with your brainy Trip Leader.

First up today: an optional round of stalagmite spotting at the beautiful (not to mention huge) Postojna Cave. This all-natural maze of tunnels and caverns was hollowed out by the Pivka River two million years ago. True story. Then, it’s time to say ciao to Venice. After checking into our accommodation, we’ll have an Eat Pray Love-worthy relationship with an irresistible Italian (meal) and get pumped for living out our own version of The Italian Job tomorrow.

You know it as The Floating City, but this place is actually sinking (slowly). Today we’ll check out a who's who of Venice's usual suspects on a guided walking tour (ticking off the likes of St Mark's Square and Accademia Bridge), then jump on a vaporetto to explore the Grand Canal. If that’s not enough, you can also hop on an optional gondola ride. Throw away your map in the afternoon and try to find the world's most epic little bookshop, Libreria Acqua Alta, or just go on a mission to find the perfect gelato.

Share those incredible stories one last time over breakfast, then we’re outta here. See you on the flipside! 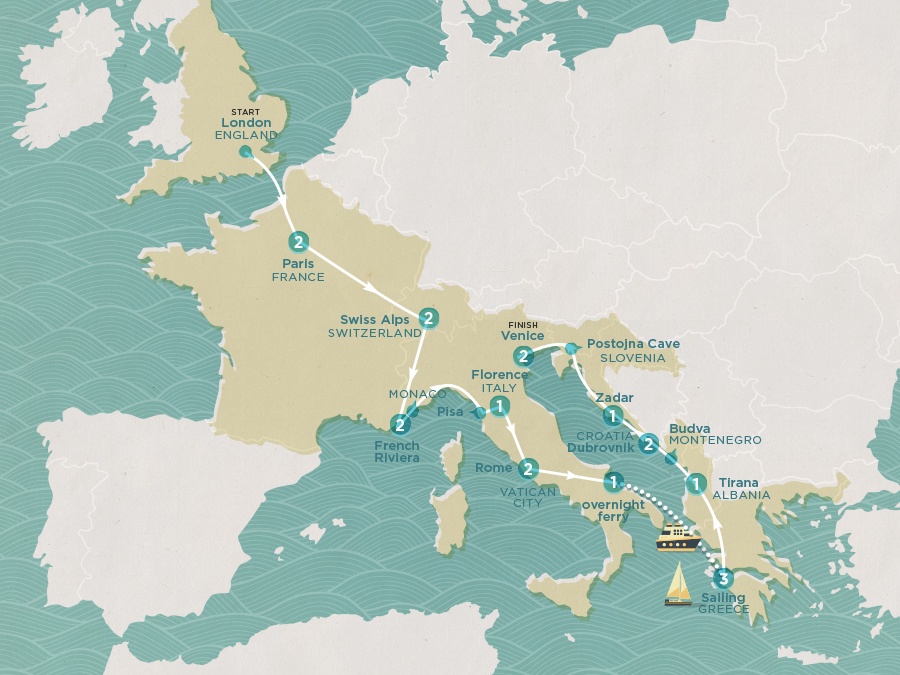 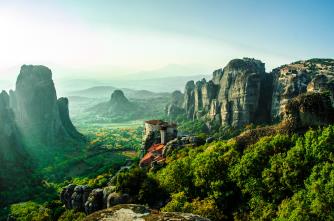 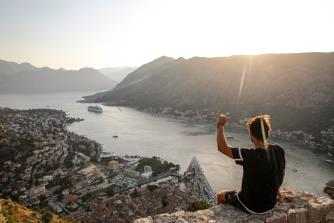 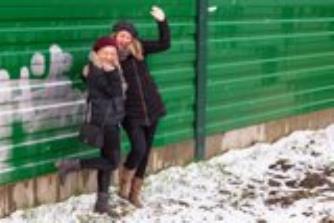 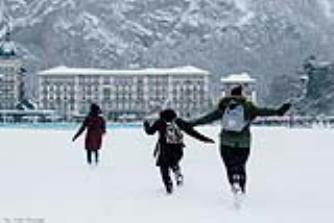 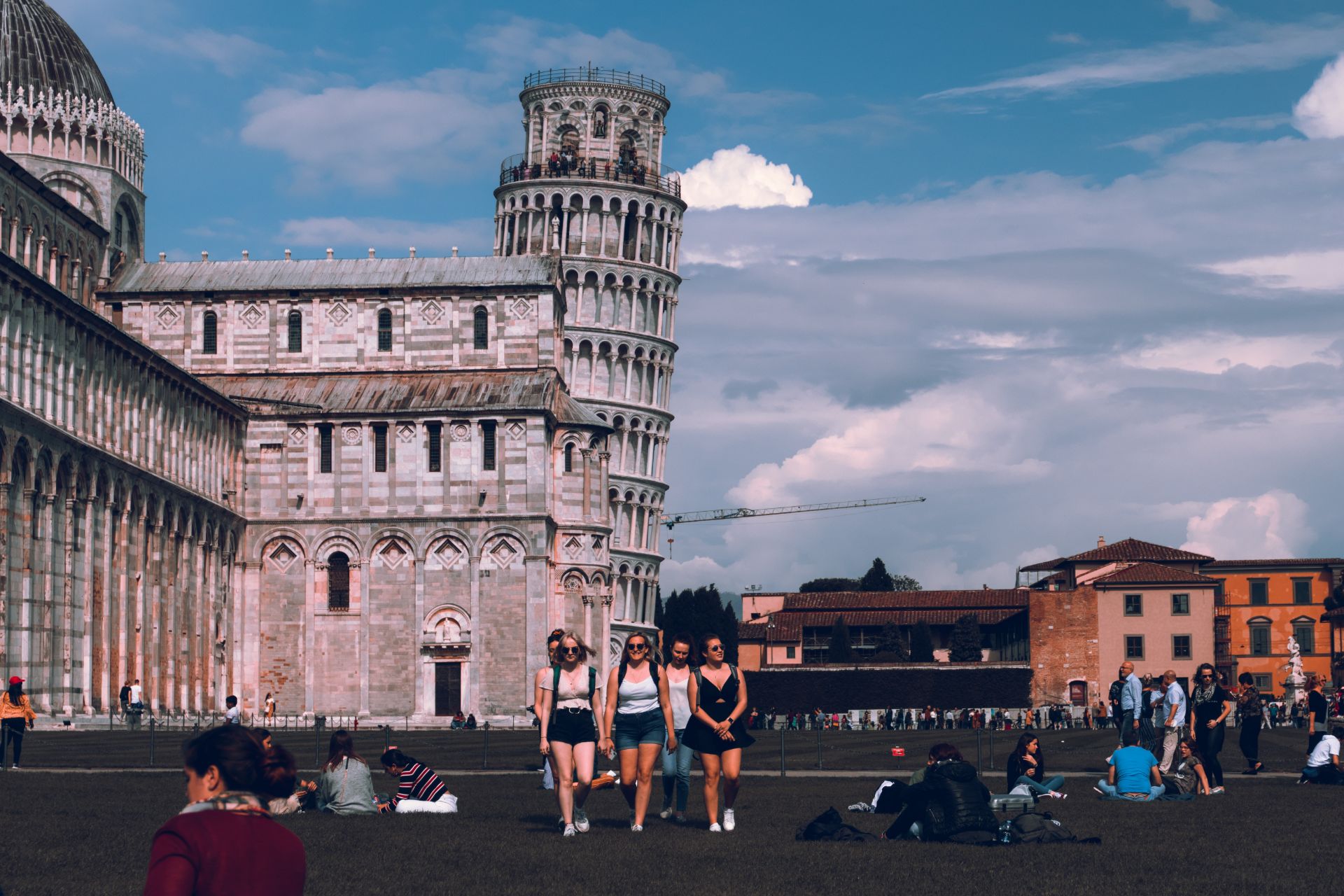 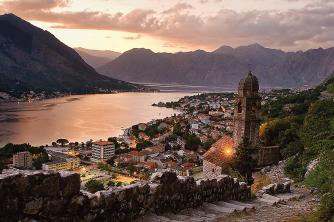 Dubrovnik and the Highlights of Montenegro 7 Nights from pp

Flavours of Europe 8 Nights from pp