Dubrovnik: Jay Z and Beyoncé rate it, and so should you! After meeting with the group, we’ll take a wander around the city’s tiny cobblestoned streets and explore a few hidden cafés and shops. Later, we’ll get out there and check out the glitzy nightlife. It’s gonna be an amazing eight days!

Hands up who needs more beach in their life? Well, you’re on the right trip! Today we’re hitting the road to Budva – the ‘Miami of Montenegro’. Whether you choose to laze on the sand and roll into bed or hit the clubs and party till dawn, you can’t lose!

Part beach paradise, part walled medieval wonder-city, Budva's got plenty to keep you occupied. After breakfast, the city is your oyster. And... go!

Today we’ll listen to the ocean play an instrument in Zadar. Yep, you read that right. The Sea Organ is a quirky art installation nestled within the city’s eclectic mix of Roman ruins and public art. More cool facts await you on an orientation tour with your brainy Trip Leader.

Next up: bliss and waterfalls at Plitvice Lakes National Park.

Today is brought to you by Mother Nature! Made up of 16 lakes connected by streams and waterfalls, and surrounded by 300 square kilometres of national park, Plitvice Lakes didn’t make it onto the UNESCO World Heritage list for nothing. Hike up to see the tallest waterfall in Croatia or glide across the crystal blue lakes in a rowboat. Mindfulness just got a whole new meaning.

Today we’ll take on Slovenia’s capital: Ljubljana. Ljubljana Castle and Old Town have been waiting for you since Celtic times, so it’d be rude not to check them out. Tonight, hit up the strip for a tea or vino with a side of live music.

Our final destination is Budapest, where this trip wraps up. Go hunt down some tasty goulash, quirky ruin bars and a fiendish Rubik's cube before heading home. See you next time! 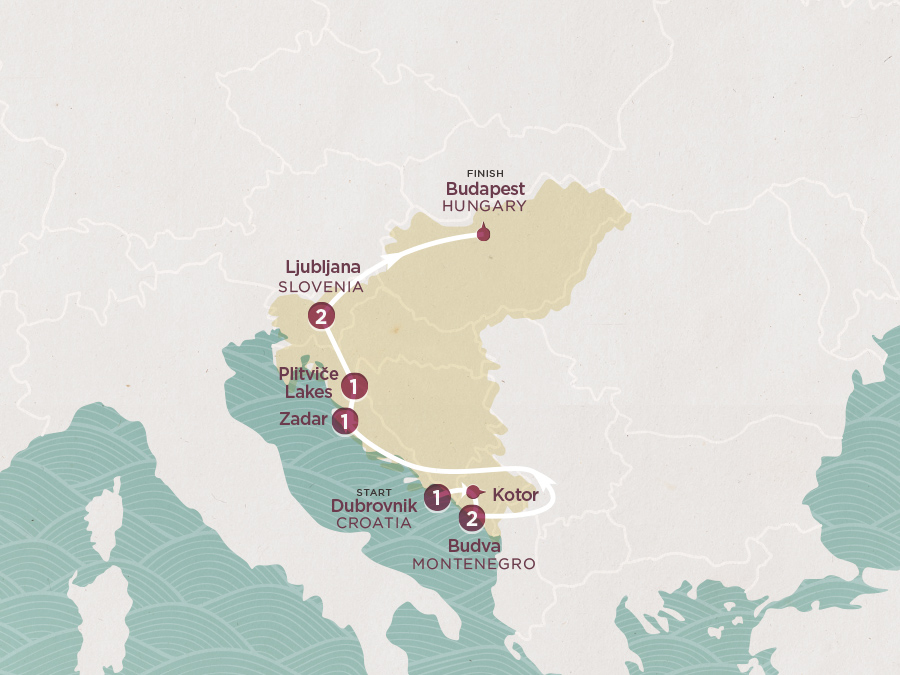 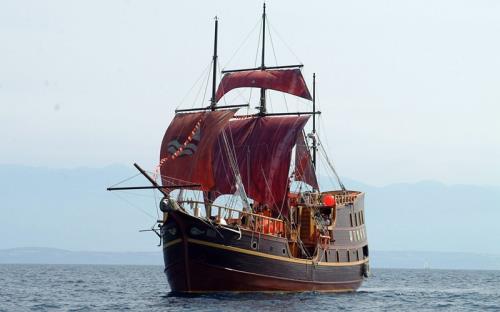