This is California calling, travellers. Begin this epic west coast wander in La La Land before moving on to San Diego for three days of staying classy. Next up? We go big in the Grand Canyon and Las Vegas. There's one more stop at Yosemite National Park before we end the adventure in San Fran with flowers in our hair.

Topdeckers, assemble! After rounding up the troops in LA, we'll hit the road to San Diego. Get your bearings on a drive around the city, then we'll take you for a Mexican dinner that's nothing short of delicioso. When you've got your bearings, you might want to head off on an optional nightlife tour.

Today's optionals will knock your socks off. Don't believe us? Two words: zoo trip. Try to keep your cool as you check out the giant pandas, elephants, leopards and koalas. Or, if aircraft carriers float your boat, there's also an optional trip to the USS Midway to get on board with.

After breakfast, it’s time to wave bye-bye to ‘America’s Finest City’ as we roll on to Prescott and its ah-mazing scenery. We’re talking towering mountains, Victorian buildings and the famous Whiskey Row. Raise a glass in one of the saloons tonight.

Can you sense the once-in-a-lifetime vibes? There’s magic in the air as we prepare to take on the Grand Canyon tomorrow. Bonus: there’s a tasty BBQ dinner to look forward to tonight.

First: the grandest of canyons. Then: ready to find out what happens in Vegas? We’ll show you around on a driving tour of The Strip, then it’s time to crank things up a notch: cue party bus antics. After popping corks in the limo, it’s over to you to decide whether you’re game to hit up of Vegas’ hottest clubs (optional).

You’ve got a free day in Vegas, so make it count. Feed your adrenaline cravings with our optionals: become a high-flier with a heli-tour over The Strip, or take a spin on the High Roller Observation Wheel for a different perspective. Whatever you do, it’d be a crime not to round things off with some serious casino action tonight.

Lost track of time last night? Swap stories of your Vegas shenanigans as we drive from the desert to the Sierra Nevada Mountains: our gateway to Yosemite National Park. Tomorrow we’ll be seeing the great outdoors in all its glory, so get pumped.

There aren’t enough flowery adjectives to describe the beauty of Yosemite Valley. Here, you can choose from a bunch of different hikes – or, if you’d rather see the amazing views without putting in the legwork, you could take the free shuttle to get around. Don’t forget to keep your eyes peeled for bears, coyotes and golden eagles!

Before you leave Yosemite, make sure to find a flower for your hair – we’re off to our final stop, San Francisco. When we get there, we’ll check out the sights on a driving tour before hitting up North Beach with a Local Legend.

It’s your last full day in San Fran, so enjoy it while you can! From the Golden Gate Bridge and Fisherman’s Wharf to Alcatraz, there’s plenty here to keep you occupied. Later, why not jump on a sunset catamaran cruise for maximum feels?

Time to hug it out and send those friend requests! After breakfast, it’s home time. 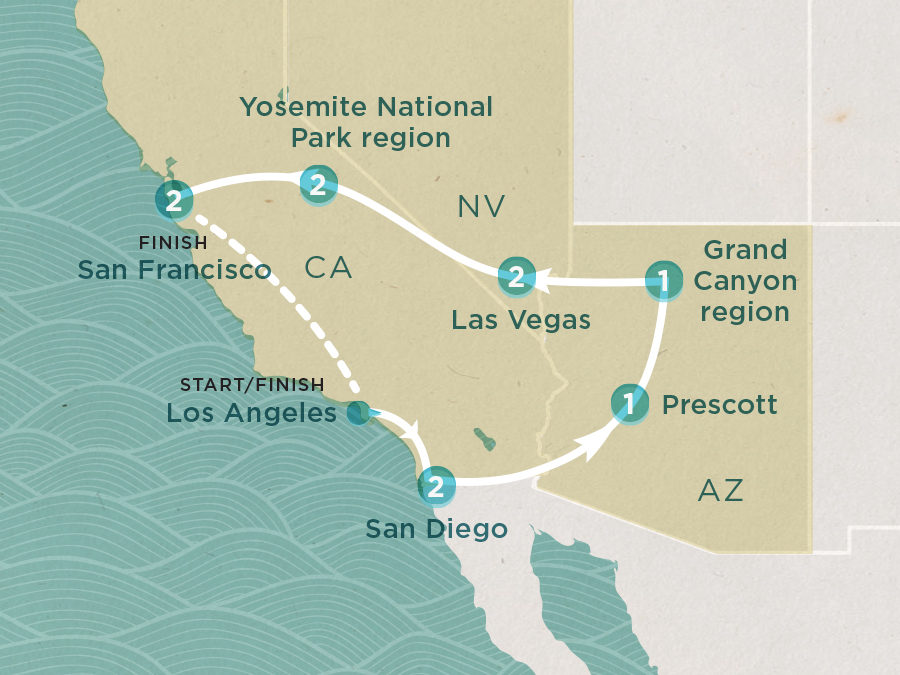 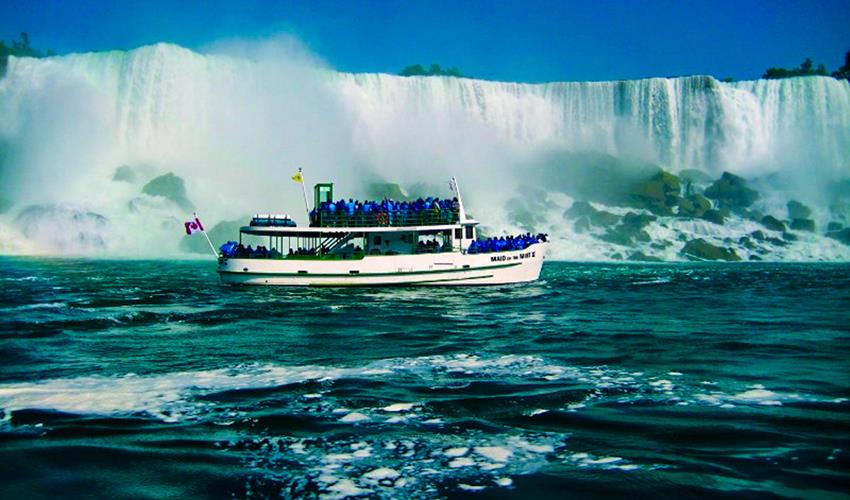