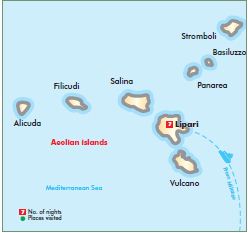 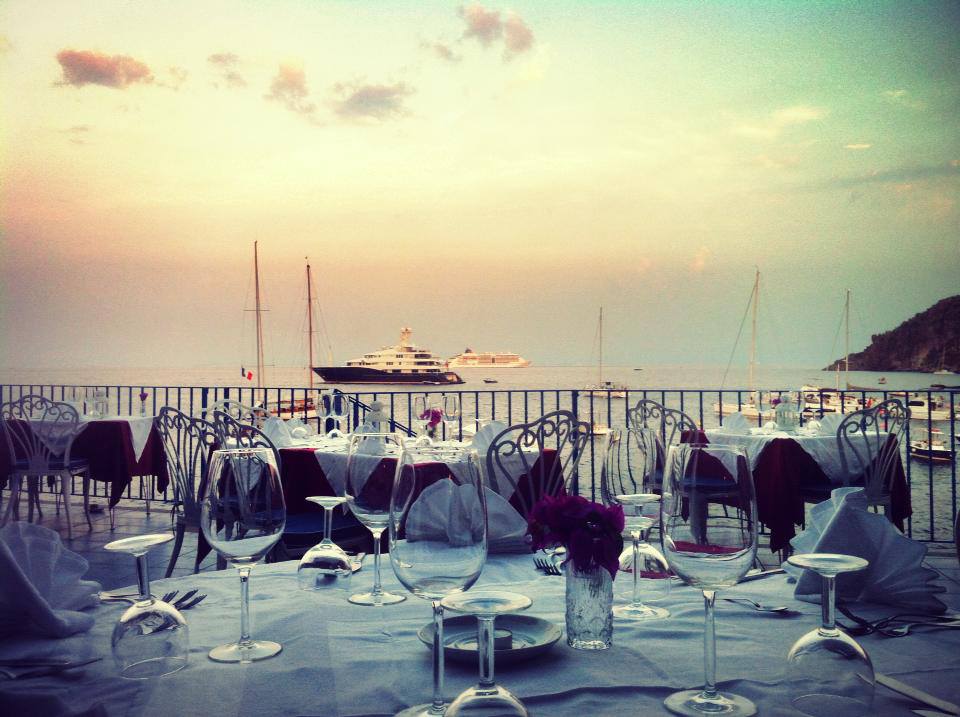 The seven Aeolian islands off the north coast of Sicily comprise an area of 1,216km squared and make up one of the most traditional regions of Italy, with a pace and way of life little altered for centuries. Unsurprisingly it was chosen as the location of the charming film Il Postino. The Aeolian archipelago is of important volcanic origin having fascinated volcanologists and tourists alike for years. The island of Stromboli contains one of the most active volcanoes in the world and presents an almost-daily show of red hot rocks. The archipelago's importance is evident from the life that has existed on the island since the Neolithic age, while approximately 900 plant species have been recorded on the islands, including four endemic species.

The largest island of this UNESCO World Heritage Site is Lipari, and this is where you will be based. You will stay at the Rocce Azzurre Hotel, which commands a panoramic position and a sea-view terrace restaurant overlooking the Mediterranean, and is walking distance from the town centre and main harbour. The hotel boasts free Wi-Fi and a private sun deck that practically floats on the sea, plus there is also a public beach next to the hotel.

Your days are free to either explore independently or join one of the reasonably priced local tours, which our representative can arrange for you. This is a fasinating, unique region of Italy, just waiting to be discovered.

The Rocce Azzurre Hotel
The friendly, family-run three-star Rocce Azzurre Hotel enjoys a wonderful location overlooking the sea yet only a few minutes pleasant walk from the charming old town of Lipari. The walk is about 400 metres up a slight hill and there is no other way to get from the port to the hotel (though baggage is taken in a minivan). This walk has to be undertaken to join all the excursions to other islands.

Facilities at this typically Sicilian hotel include terrace and restaurant with spectacular sea views, attractive and charming public areas including bar and indoor dining area and sunbathing/swimming platform. Rooms are comfortable and spotlessly maintained with private shower, TV and telephone. Many have sea-view and/or balcony, bookable at a reasonable supplement. The hotel is a pleasant 10-15 minute walk from the port - downhill one way and up the other and there is no other way to get from the port to the hotel as the lane is not suitable for traffic.

OUR VIEW ON THE HOTEL
We have been sending clients here for more than a decade and Adriano and his staff consistently offer a very warm, friendly welcome. The bar terrace and restaurant directly overlook the sea and offer a lovely Mediterranean atmosphere. Rooms are well maintained and comfortable and many offer a sea view and/or balcony which is worth the upgrade.

Lipari
Despite being the largest of the Aeolian Islands, Lipari has a population of only 9,000! The town of Lipari has some notable buildings including the churches of Anime del Purgatorio, Saint Antonio, the Immaculate, Addolorata and 11th century Cathedral, impressive castle and city walls. Other sights include the Neolithic Village and Greek-Roman necropolis at Contrada Diana and the excellent Aeolian Archaeological Museum. The charming town also has a range of shops, cafes, restaurants and bars centred round the attractive port, about 5 -10 minutes walk from your hotel.

Vulcano
As its name suggests, the island has a volcanic history and an exceptional landscape as a result, including two craters. Volcanic activity has been reported since ancient times with the last report in the late 19th century. It is still evident with the boiling sea-water phenomenon caused by underwater jets of gas bubbling up through the sea, which is now considered to be therapeutic as are the mud-baths. The island is also characterised by caves, black beaches, old lighthouse and dramatic mountain scenery.

Stromboli
Almost entirely mountainous and the most active volcanically of the islands, Stromboli is best observed at sunset from the safety of a boat. Almost daily, and best viewed in the evening, the volcano issues a spectacular light and fire display, with stones and ashes thrown high into the sky. Evidence of ancient civilisations are to be found here, too, together with the charming villages of more recent times.

Salina
The second largest of the islands, Salina is the most cultivated and has a landscape characterised by vineyards and olive groves - the island boasts a unique wine, the aromatic malvasia. Evidence of ancient civilisations has been unearthed here as is the case elsewhere on the Aeolian Islands, offering a fascinating glimpse into the past, whilst the present settlements of Santa Marina, Rinella and Malfa have changed little over the past two or three hundred years.

Filicudi
Consisting of three extinct volcanoes, Filicudi (once know as Phoenicusa - the island of ferns), is famed for its stunning coastline of high, jagged cliffs and beautiful grottoes, including the Bue Marino (sea ox). It also boasts a picturesque harbour and delightful Capo Graxiano peninsular where a Bronze Age settlement has been unearthed.

Alicudi
The most westerly of the islands, Alicudi is the least-populated (150 inhabitants) and has a total area of 5.2 square kilometres. Its ancient name was Ericusa, because of the abundance of wild heather that grows there and a settlement dating from the 16th century BC has been discovered near the port. The west of the island is totally uninhabited with a dramatic coastline of enormous sheer rocks rising to an extinct volcanic peak.

Panarea
The tiny island of Panarea, at just 3.4 square kilometres, is the smallest Aeolian island, but attracts the Italian jetset including prime minister Berlusconi who has a villa here. Its attraction lies in its unspoilt natural beauty and picturesque white-washed houses, whilst there is also fascinating evidence of past occupants dating back to the Neolithic Age. There is also evidence of Roman occupation at the islet of Basiluzzo where ruins of Roman houses have been discovered along with mosaics.

FLIGHTS
Please note that all flight times are provisional and subject to airline schedules and changes.

HEALTH & INSURANCE – EHIC CARD
Please note that EHIC (European Health Insurance Card) only allows access to the same state-provided healthcare as a resident of the EU country they are temporarily visiting. It is NOT an alternative to travel insurance and will not provide the same level of cover as a travel insurance policy. The EHIC will not cover any private medical healthcare or the cost of things such as repatriation to the UK or lost or stolen property. It is also important to note that each country’s healthcare system is slightly different, so the EHIC might not cover everything that would be generally free on the NHS. On the EHIC application website,  there is a section called Access to Healthcare Abroad which clarifies all the conditions and inclusions.

Day 1: Fly from London Gatwick to Catania. On arrival, transfer by coach to Milazzo (approx. 2 hours) and onwards by ferry to Lipari (approx. 1 hour 30 mins) before a short steep walk to the Rocce Azzurre Hotel.

Days 2 – 7: These days are free for you to spend as you wish, whether it’s exploring the islands on local excursions (these are optional extras to add to your tour, payable locally) or relaxing at the hotel. There are plenty of excursions (payable locally) available to the other Aeolian Islands.

Day 8: Transfer from the islands to Catania Airport. Fly from Catania to London Gatwick.

Please note the maximum group size on this tour is 30 passengers.

Offering a wide range of extended tours and cultural short breaks for the discerning traveller, Travel Editions was established in 1994 and is now one of the leading specialist independent escorted tour operators in the UK. The company started with the idea of creating itineraries that were not readily available on the high street, and the team still remains focused on offering escorted tours that appeal to travellers rather than tourists.

Over the years, Travel Editions has developed and diversified its range of escorted tours to include rail tours, air tours, history tours, Christmas tours and even specialist interest tours that have specific appeal for walkers, foodies, art lovers, music addicts and flower enthusiasts. From enjoying wonderful walks and tasty local cuisine in Crete to visiting the art nouveau buildings of Milan and exploring the architectural gems of the Netherlands, Travel Editions creates amazing tours to suit every budget and interest.

As rail transport is one of the most environmentally friendly ways to travel, the company has carefully developed nearly 30 exciting escorted rail tours that include trips to France, Spain, Brussels, Arnhem, Luxembourg and the Italian Riviera. Travel Editions believes that the journey becomes part of the holiday, and is why this specialist tour operator also offers a range of tours by air, such as Delphi and Mount Pelion in Greece, the beautiful Italian city of Florence, and Paphos, Nicosia and the Troodos Mountains in Cyprus. Whatever the escorted tour or the destination, Travel Editions provides holidays that are packed full of cultural and historic treasures, as well as plenty of free time to relax and soak up the local atmosphere and the regional food and wine.

One of the best things about Travel Editions is that the team can tailor-make all tours to your group’s budget and specification, be it shopping till you drop in New York or tasting the most delicious gastronomic delights of Sicily. Not only can the activities be tailored to meet your requirements but so can the travel options, hotel selection (three, four or five-star hotel) and the whole itinerary. Alternatively, you can simply pick one of the many carefully curated escorted tours listed on the Travel Editions website.

In almost all cases, daily excursions are included in the price of a trip, and all excursions are taken by private coach. The size of the group varies depending on the escorted tour, and Travel Editions limits some holidays to lower numbers to suit the nature of the specific holiday. Walking, culinary and special interest tours are limited to approximately 20-30 passengers, and the Europe by Rail and Europe by Air holidays are limited to a maximum of 35 passengers. Then there’s the UK British Heritage Tours with a maximum capacity of 49, however, some are much less than this. No matter which tours you choose, you will never feel as though you are in a big group.

Travel Editions is passionate about delivering a personal service every step of the way, and its team of experts will arrange your holiday with minimum fuss and maximum effort. Customer service and attention to detail are at the heart of everything they do, plus you will always be treated as an individual and get the benefit of affordable prices by travelling as a group. Another bonus is that Travel Editions is ABTA and ATOL protected, which means your money and your holiday will be protected from the moment you book.

In addition to offering extended tours and cultural short breaks, Travel Editions offers a large range of special events in the UK that bring the culture and history of the United Kingdom to life. These events can be found in the Art & History Abroad programme and include expert speakers, entertaining concerts and impressive dinners in historic locations. 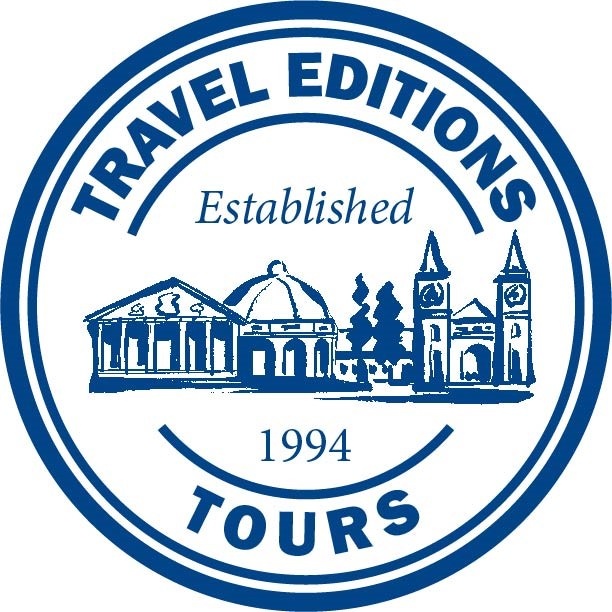 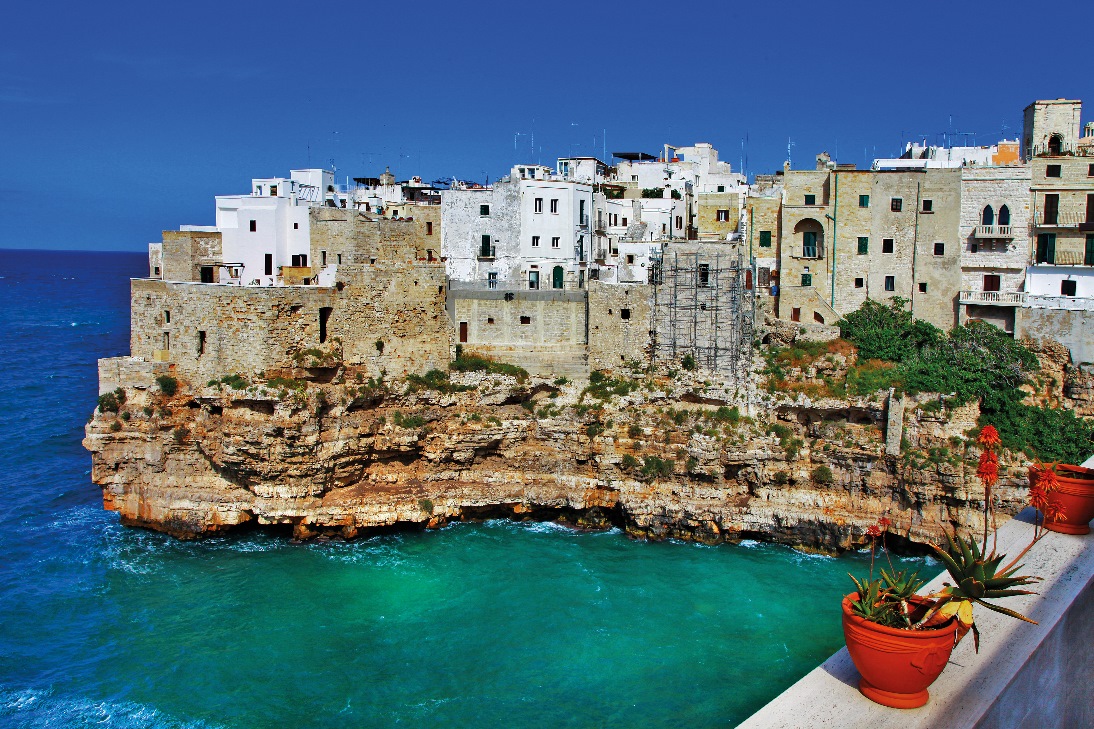 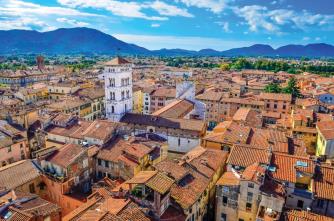 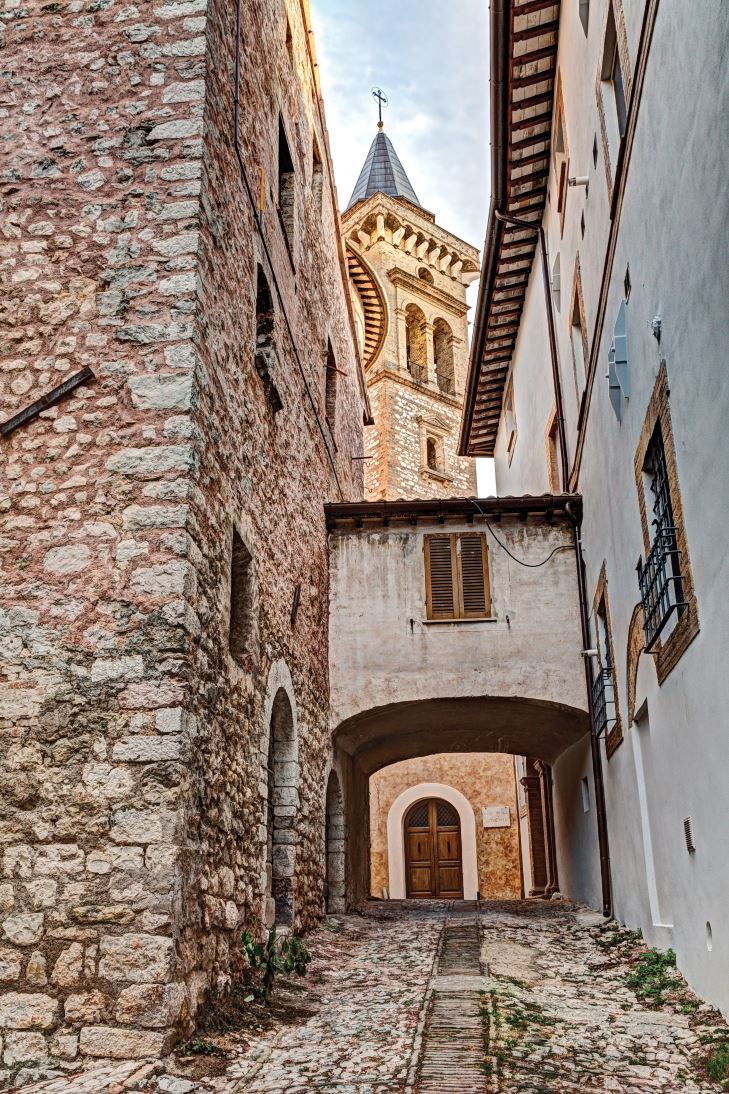