It’s that time of year when the nights begin to draw in and the golden days of summer start to take on a more autumnal hue. And with talk of yet another election here in the UK, you’re probably ready for a holiday!

Having a trip to look forward to is the best way to ward off the onset of the winter blues, and now is a great time to lock in your 2020 escape, before any further currency volatility forces tour operators to put up their prices. So instead of fretting over what the next few months have in store in Westminster, why not make 2020 extra special and tick some of those once-in-a-lifetime experiences off your bucket list. Here are 10 trips that have caught our eye...

All eyes will be on Japan in 2020 as Tokyo hosts the Olympics, and while availability is scarce during the Games themselves, there are still spaces on some fantastic tours next year. APT’s 14-night Best of Japan itinerary includes the electrifying cities of Tokyo and Osaka, the temples of Kyoto, the fascinating geisha districts of Kanazawa and Hiroshima’s moving Peace Memorial Park.

Cast your mind back four years and it was Rio de Janeiro hosting the Olympics, a very different city to Tokyo. Brazil’s pulsating coastal metropolis is just one of the many highlights on Exodus’ Discover Uruguay, Argentina and Brazil tour, which takes you from the tango halls of Buenos Aires to the sultry sands of Ipanema and Copacabana. You’ll also spend time in Uruguay’s friendly capital, Montevideo, explore the cobbled streets of charming Colonia del Sacramento, and visit spectacular Iguazu Falls, a true natural wonder of the world.

Explore by ocean and river

Have you always dreamed of jetting off to Hawaii, but never been quite sure how to plan that perfect trip? A small ship cruise is a great way to island-hop around the archipelago, and Discover The World’s 7-night  Cruise the Hawaiian Islands itinerary is an appealing option. You’ll snorkel amongst spectacular coral reefs, learn about Hawaii’s rich Polynesian heritage, and visit the spot on Kealakekua Bay where Captain Cook met his grisly end.

Closer to home, northern Portugal’s beautiful Douro Valley is a destination to watch in 2020, with ever more travellers lured by the promise of idyllic countryside, sleepy villages and fantastic food and wine. Saga’s 7-night Delights of Oporto and the Douro Valley tour covers all bases, combining stays in characterful hotels with a historic railway ride and a cruise along the Douro river.

An escorted tour doesn’t mean you have to compromise on luxury and comfort, and there are some fabulous trips out there for those who enjoy travelling in style. Riviera Travel’s The Heart of India by Luxury Train combines one of the world’s most intoxicating destinations with the romance of rail travel, taking in the highlights of the famous ‘Golden Triangle’ on board the luxurious Deccan Odyssey train. You’ll explore the stunning ‘Pink City’ of Jaipur, head out on a tiger safari in Ranthambore National Park and marvel at the magnificent Taj Mahal, as well as spending time in the dizzying cities of Delhi and Mumbai.

If the exotic East doesn’t appeal, how about the Wild West? Insight Vacations’ 14-night Great Western American Adventure covers four different US states - California, Arizona, Utah and Nevada - and encompasses everything from the dramatic landscapes of the Grand Canyon and Yosemite National Park to the bright lights of Las Vegas and San Francisco. You’ll also be staying in some superb properties along the way, including the lovely Fairmont Sonoma Mission Inn and Spa, in the heart of California’s wine country.

What could be more exciting than the prospect of travelling down the river Nile, exploring the ruins of one of the ancient world’s great civilisations? Egypt is a particularly appealing destination for curious kids, with its enigmatic pyramids and spine-tingling stories of mummies and curses. Explore!’s Family Egyptian Adventure is packed full of fun activities like camel rides, a 2-day felucca cruise down the Nile and snorkelling in the Red Sea.

If you have a little more time on your hands then Sundowners Overland’s epic 29-night Grand Trans Siberian Railway tour is the quintessential bucket list adventure. Starting in Tokyo, you’ll explore some of Japan’s highlights before boarding the ferry to Vladivostok to begin your rail odyssey across Asia. En route you’ll camp in a ger with Mongolian nomads, stroll the shores of remote Lake Baikal and visit the fascinating Tatar city of Kazan, before ending on a high with the magnificent cities of Moscow and St Petersburg.

Sports fans have all sorts of reasons to be excited about 2020, from the Tokyo Olympics to football’s European Championships. This could also be the year that you finally attend that sporting event you’ve always wanted to see live. Coach tour specialist Shearings have a couple of great options: for petrolheads, why not combine the thrill of Formula One racing with the glamour of the Riviera on their 9-night Monaco Grand Prix tour?

Alternatively, how about a short break in Paris in July to see the final stage of the world’s most famous cycle race, with a 3-night Tour de France Finale trip across the Channel. As well as the race, your itinerary includes a memorable cruise on the river Seine and an evening ‘illuminations tour’ of the City of Lights. 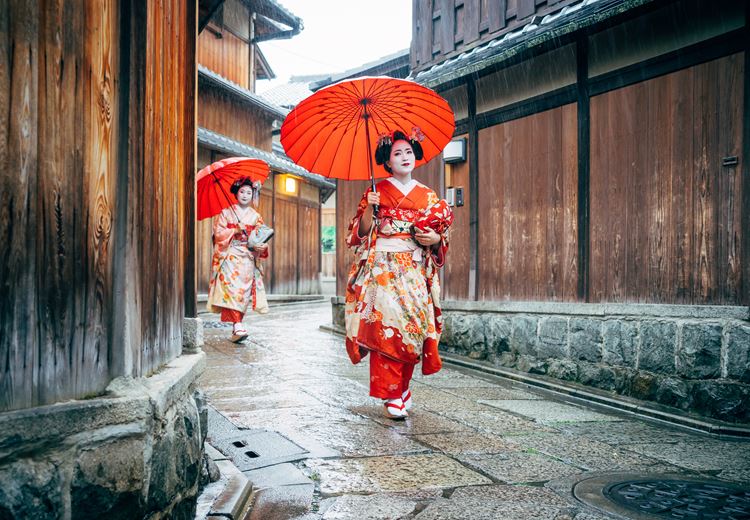