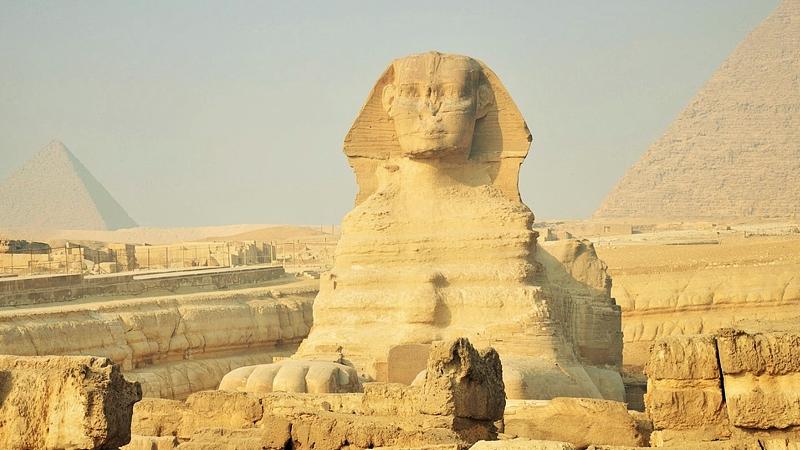 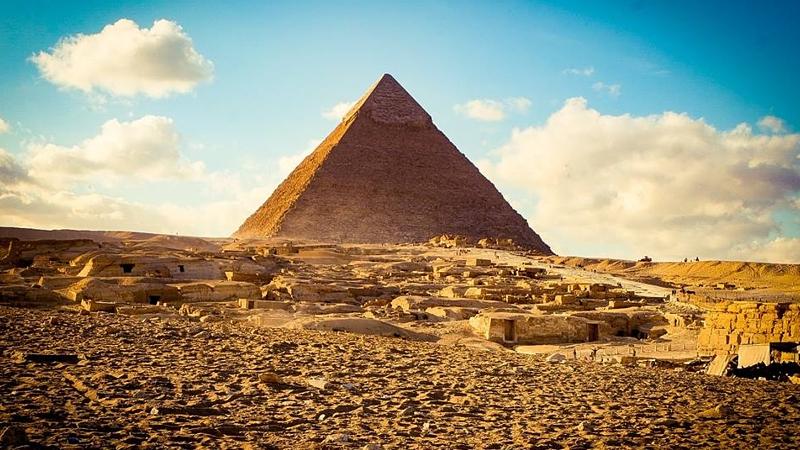 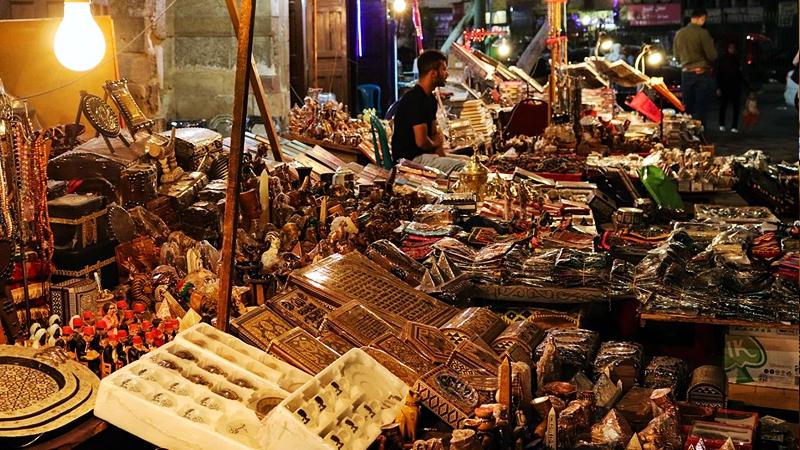 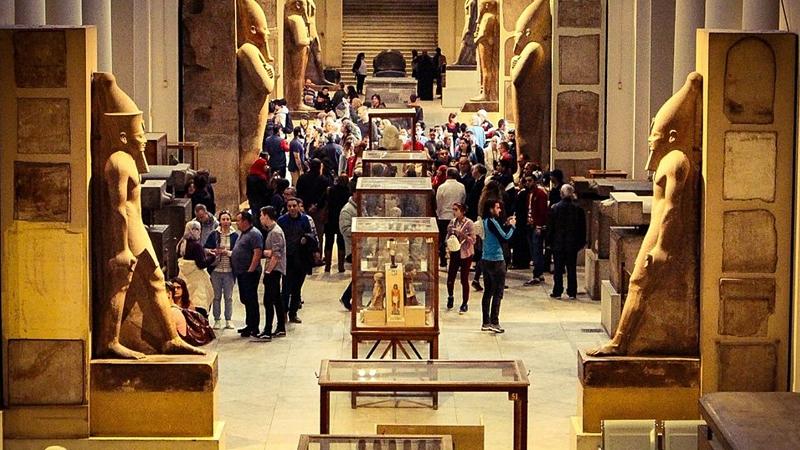 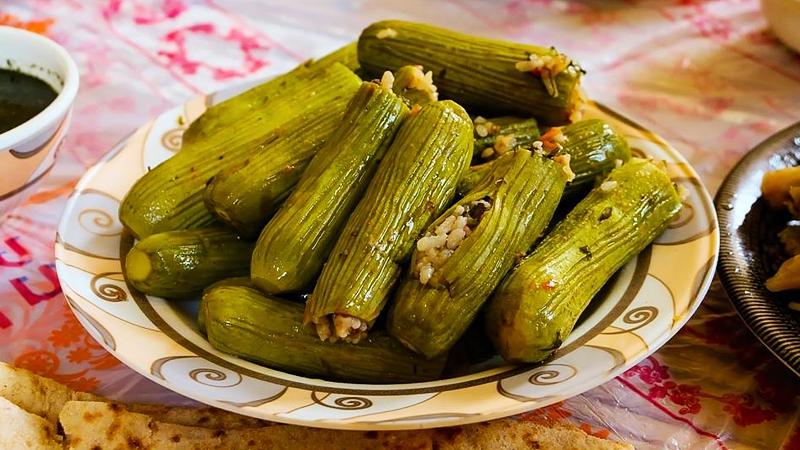 This luxury city break tour spends 3 nights in a 5-star hotel in Cairo and includes a full day tour of the Pyramids and Sphinx at Giza and the famous Egyptian Museum. Further optional tours are also available during your free time or explore independently

Visit the Pyramids, Sphinx and Egyptian Musuem with its famous King Tutunkhamun display

There is no city in the world like Cairo. It has been the largest city in Africa and the Middle East for 750 years and has been attractive to tourists throughout the ages. This short tour gives you a taste of Egypt's bustling capital city and home to the Pyramids, Sphinx and Egyptian Museum, and is ideal for those short of time or who may have visited other parts of Egypt already. The tour begins with a guided sightseeing tour to Egypt's most well-known landmark - the Great Pyramids of Giza and the enigmatic Sphinx and learn about the history and evolution of pyramid building. Next we explore the sprawling Egyptian Museum of antiquities with it's famous Tutunkhamun display. Your next day is then free to explore independently, relax in your hotel or take an additional tour. These include a city tour to the Citadel, Coptic Cairo and the Khan-el-Khalili bazaar, a day trip to the colonial Mediterranean city of Alexandria, or a tour to see more pyramids at Dashour, Saqqara and Memphis. Dinner cruise and felucca trips on the Nile are also available.

You arrive at Cairo airport where we greet you, assist with visa formalities and in collecting your luggage, and then transfer you to your 5-star hotel. Our local rep. will help you check in and settle in and outline the plan for the next few days.<br />

After breakfast we have a brief pre-tour briefing before we take you on a tour of Gisa and Saqqara. Gisa was built around 4600 years ago as a necropolis (cemetery) for the pharaoh Khufu (Cheops). The successor of Sneferu, Khufu was known as a tyrant and in his arrogance decided to have built a tomb that was bigger and better than all others. Standing 500 feet high and 750 feet at its base the Pyramid of Khufu is an awesome man-made structure constructed of giant blocks of stone covered in a hard limestone casing. The casing has, over the years, been stripped away to leave exposed the inner block structure. Together with the smaller pyramids of Khafre (Chephern) and Menkaure (Mycerinus), the majestic sight of these enormous structures rising out of the desert is a breathtaking spectacle. Here you have the chance to climb inside one of the pyramids (there are a limited number of tickets available, so we cannot guarantee this), and also to take a camel ride (approx. GBP 2-5 p/p for around 30mins). Close by, the mysterious Sphinx stands guard, as it has done so for thousands of years. You have another guided tour around the sphinx and some free time to walk around and take photos.<br />We'll then head into the city and visit the Egyptian Museum (which houses a vast collection of artefacts from Egypt's past, including the famous King Tutunkhamun display)<br />

While the ancient Pharaohs had important settlements here, what can be considered the city of Cairo today was founded in 969 AD by Gohar, a Fatimid army leader, and El Kahera (Cairo) soon became the capital of Egypt. Subsequent additions like the El Azhar mosque, the Islamic University, and defensive walls and a citadel, built by Saladin in 1179, have helped Cairo remain Egypt's principal city. The 16-year reign of Ismail (1830-1895) ushered in a new period of expansion and modernisation in Cairo. Areas like Heliopolis, Dokki and Roda were added, while gardens, Opera houses, large hotels and wide, tree lined avenues were built. Further post revolutionary, urban expansion has left Cairo as one of the world's largest cities. Today it is a bustling metropolis of over 20 million people, a strange mix of modern and old, a unique blend of diverse cultures and a gateway to Egypt's past.<br />You have a free day in the city today to either relax in your hotel, explore independently or take an optional tour. <br />Tours available include:<br />- a day trip to the colonial city of Alexandria on the Mediterranean coast, around 2 1/2 hours drive away. Here you'll see Pompey's Pillar, the Catacombs,Fort Qaitbey (which is built on the site of the ancient Pharos), the modern library, and enjoy a seafood lunch at one of the city's many fish restaurants<br />- a half day tour in Cairo to the Citadel (a collection of mosques and palaces, with a great view over the city), the narrow streets and churches of Coptic Cairo, and the Khan al Khalili bazaar (a mazy market that offers a window to the past and a guaranteed souvenir).<br />- a half day tour in Cairo to learn more about the history of Pyramid building, visiting pyramids and other ancient sites at Saqqara, Memphis and Dashour<br />- a dinner cruise on the River Nile, with a multi-course buffet meal accompanied by Sufi dancers and belly dancers<br />- a spectacular Sound and Light show at the Pyramids in the evening. <br />These tours may all be either booked in advance or arranged while you are in Cairo. <br />

Day 4: Transfer to the airport for departure

Your tour ends today and your time is free until we transfer you back to Cairo airport for your flight home. If you are booking this tour privately or joining a group date then we can still be flexible with the tour itinerary and extra nights in Cairo can be added as well as further day trips and tours. <br /> 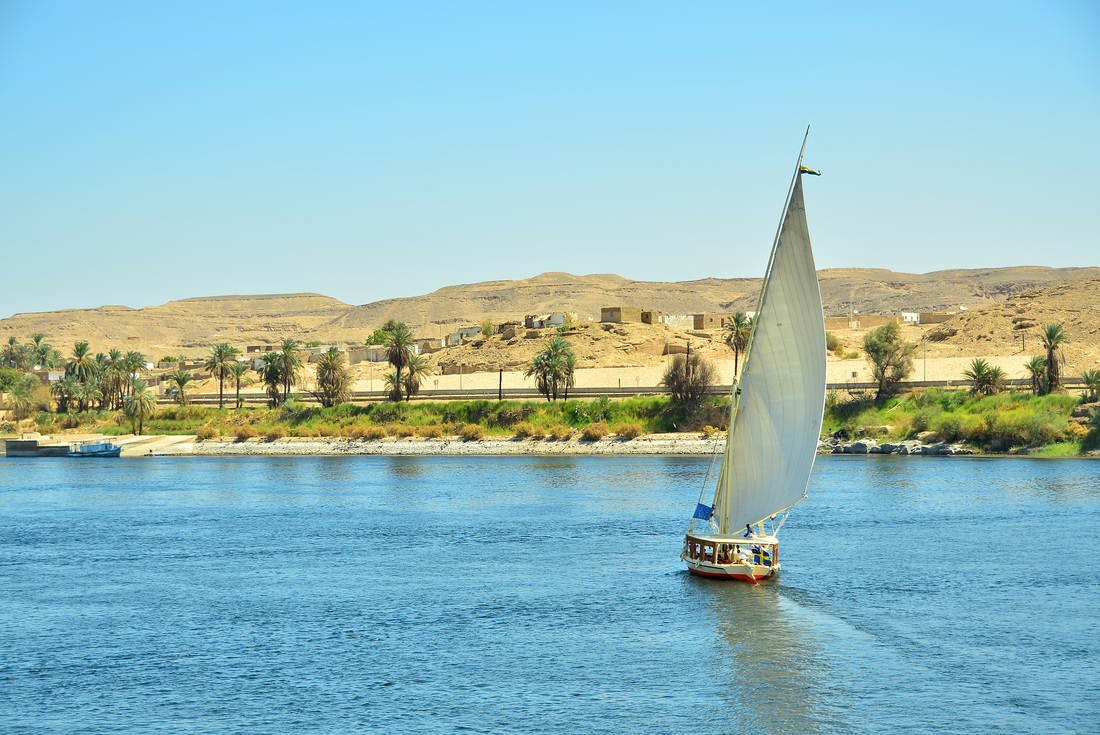 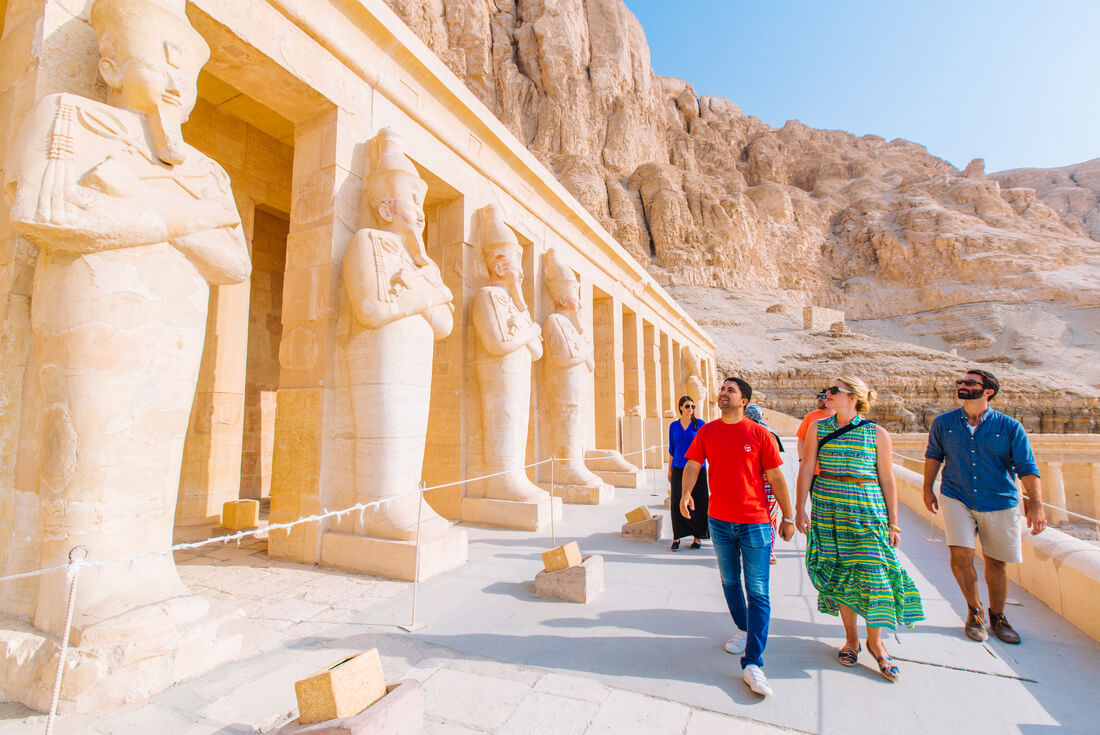 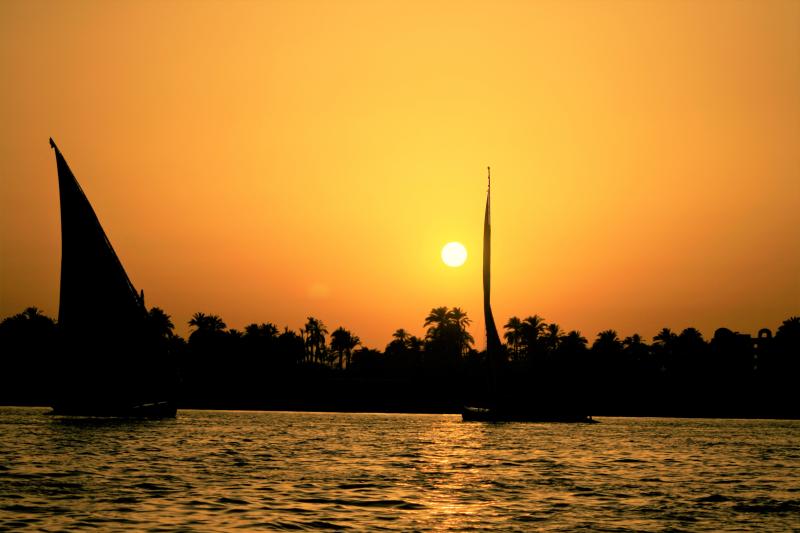 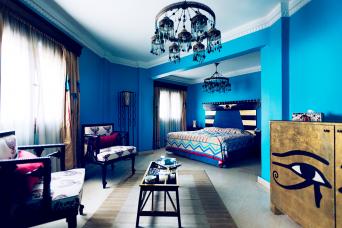 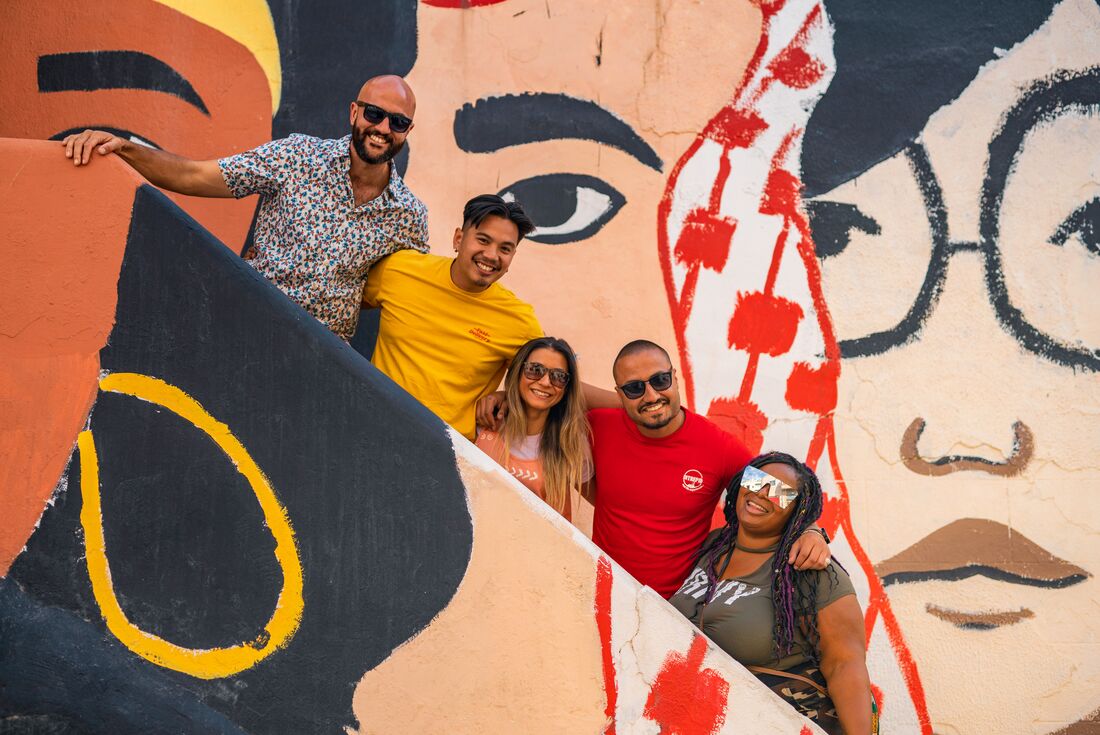 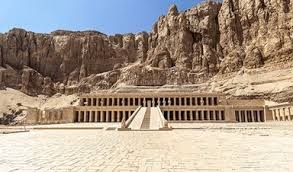 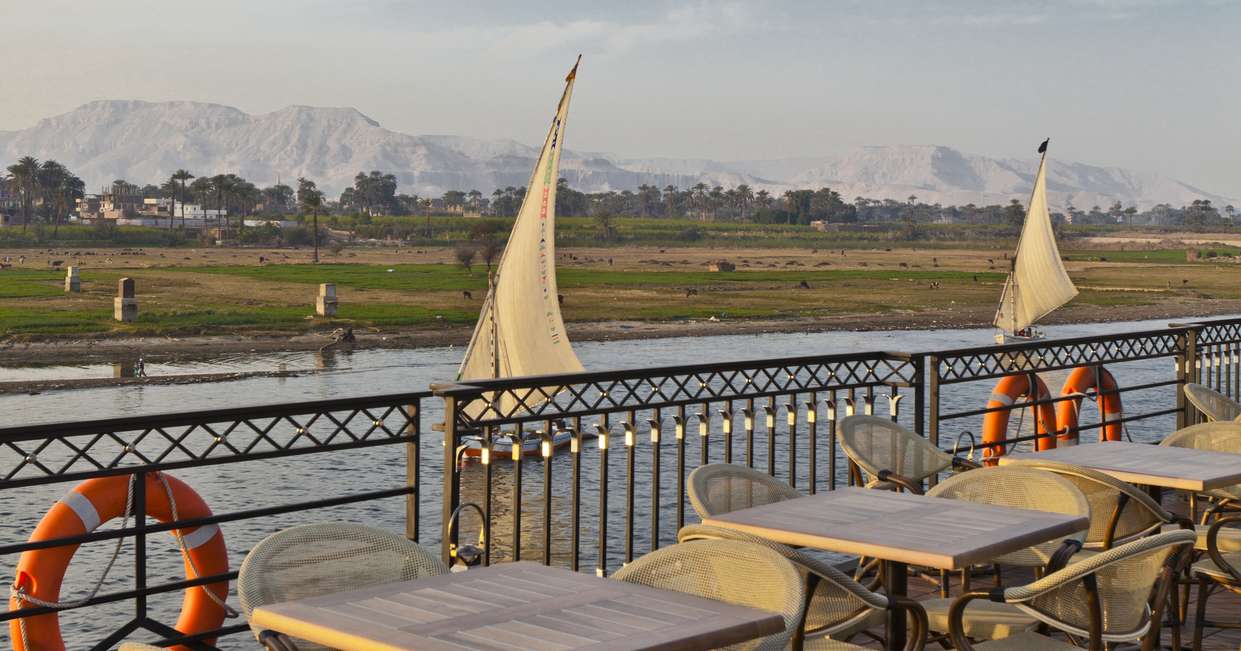 Nile Cruise and the Red Sea 12 Nights from pp 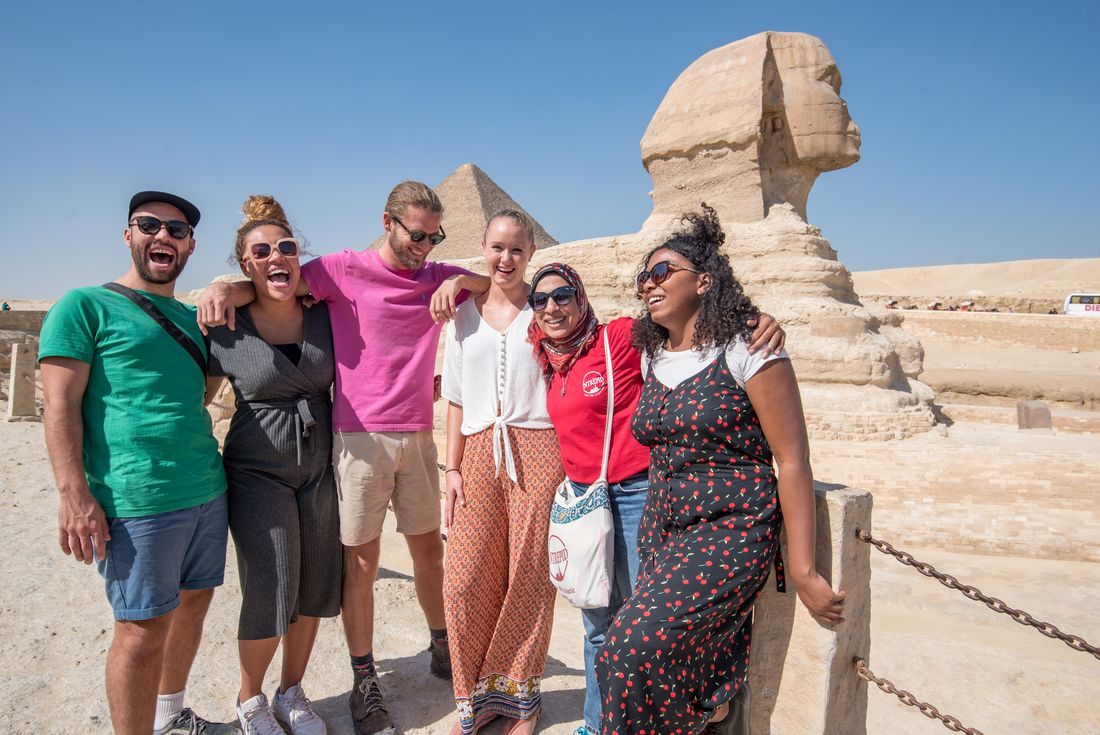 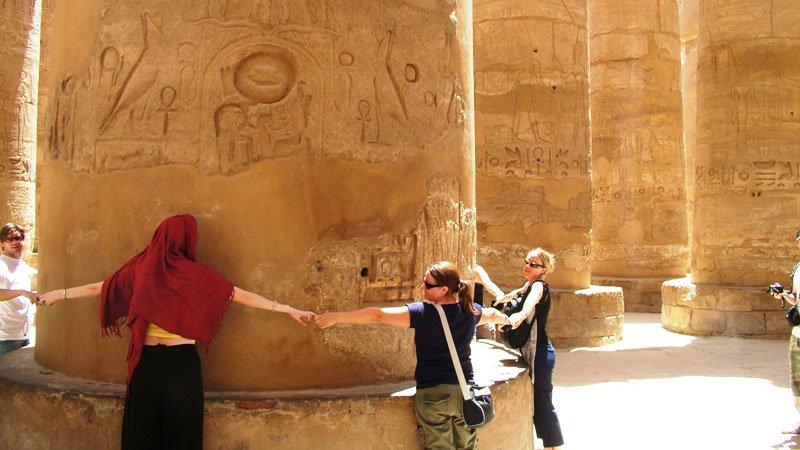