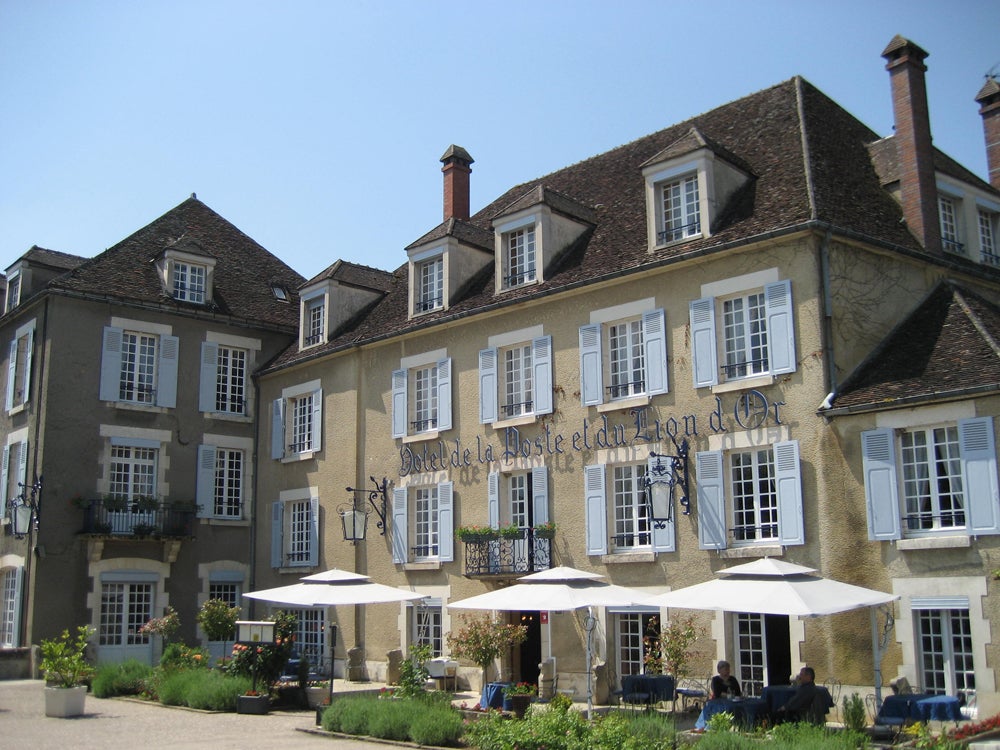 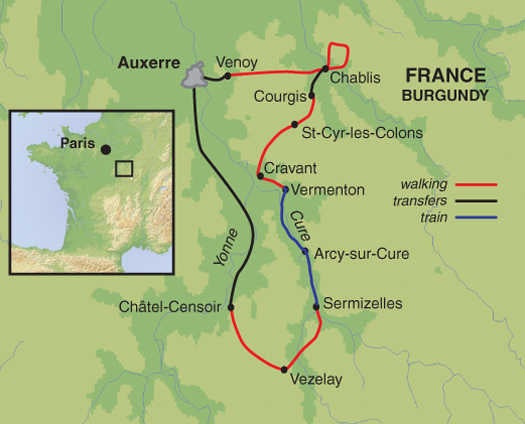 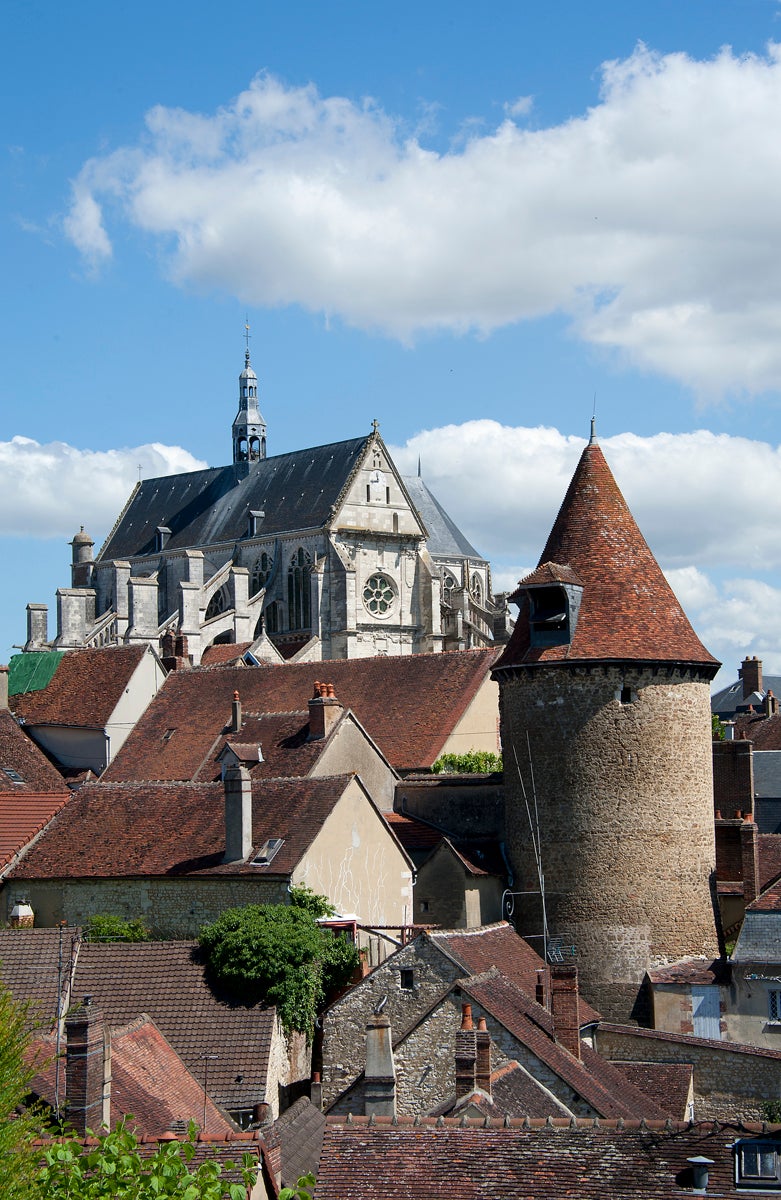 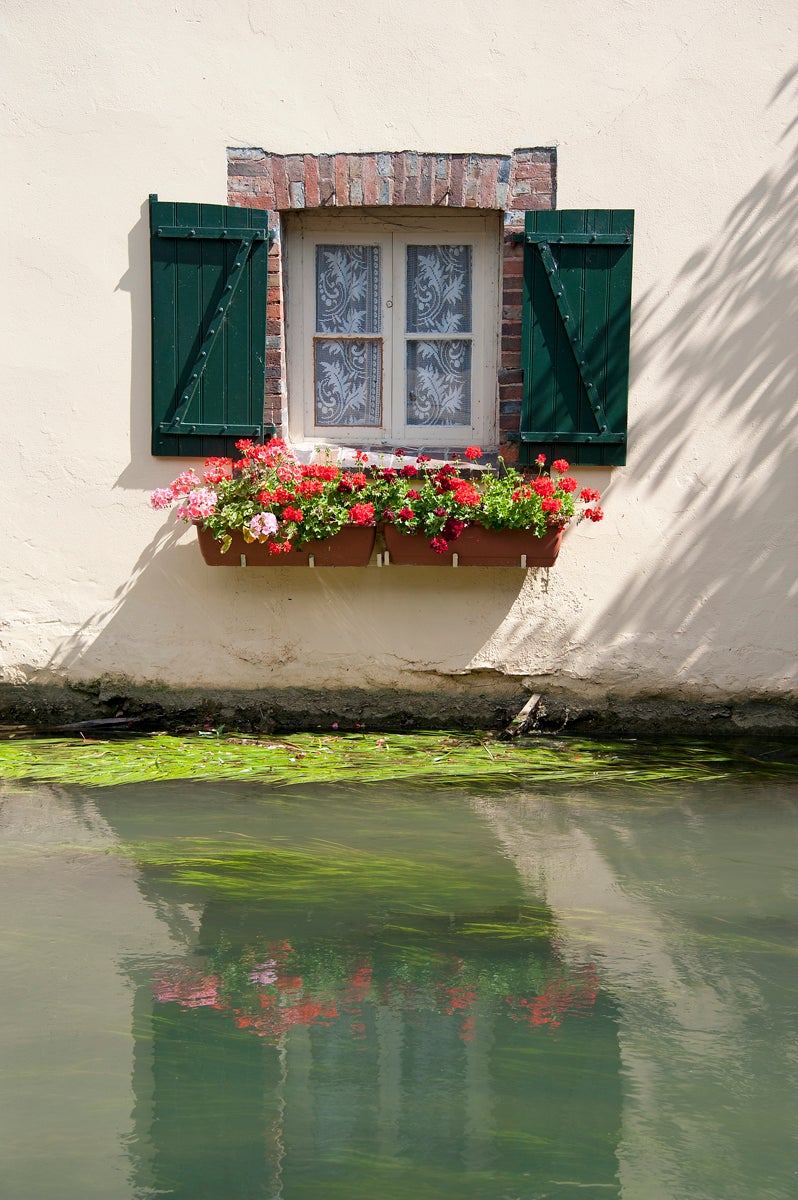 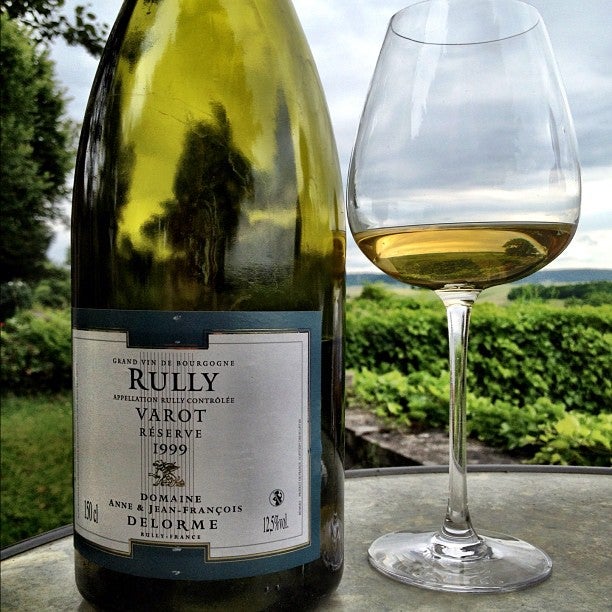 Starting in medieval Auxerre, one of the prettiest riverside cities in France, this gentle-paced ramble takes you through picture-postcard Burgundy. You'll walk along towpaths, river valleys and wheat fields alive with bright red poppies, as you head via the wine capital of Chablis, to the fortified medieval town of Vezelay, an important stopping-off point for pilgrims on their way to Santiago de Compostela. Vespers are still held here daily at the UNESCO World Heritage Site of the Basilica of Mary Magdalene. En route, you'll pass through world-famous vineyards with plenty of /degustation/ opportunities and flower-filled hillsides crowned with woods and pretty riverside villages. .......read more

“La Bourgogne est bien dans son assiette”. This is very much cuisine du terroir, a traditional gastronomy with its roots deep in the soil. The fantastic wines of the region play an important part in many dishes: boeuf bourguignon, coq au vin, saupiquet de jambon, oeufs sauce meurette, smelly wine washed cheeses like the popular Epoisses - the list could go on indefinitely! St Florentin, Soumaintrain, Chaource and Crottin de Chavignol are the other main Burgundian cheeses. Before dinner, you may also try the typical Kir drink, made with white Bourgogne Aligoté and the regional Crême de Cassis. The Auxerre vineyards have been renowned since the Middle Ages, when the wine was transported to Paris and beyond along the River Yonne. At the end of 19th century the Yonne had more vineyards than all of Burgundy and Beaujolais together but sadly, like all of Europe’s vineyards, these were ravaged by phylloxera.

Compare tour This tour has been added to the comparison list. Cick here to view.
Enquire Exodus is where Adventure begins!