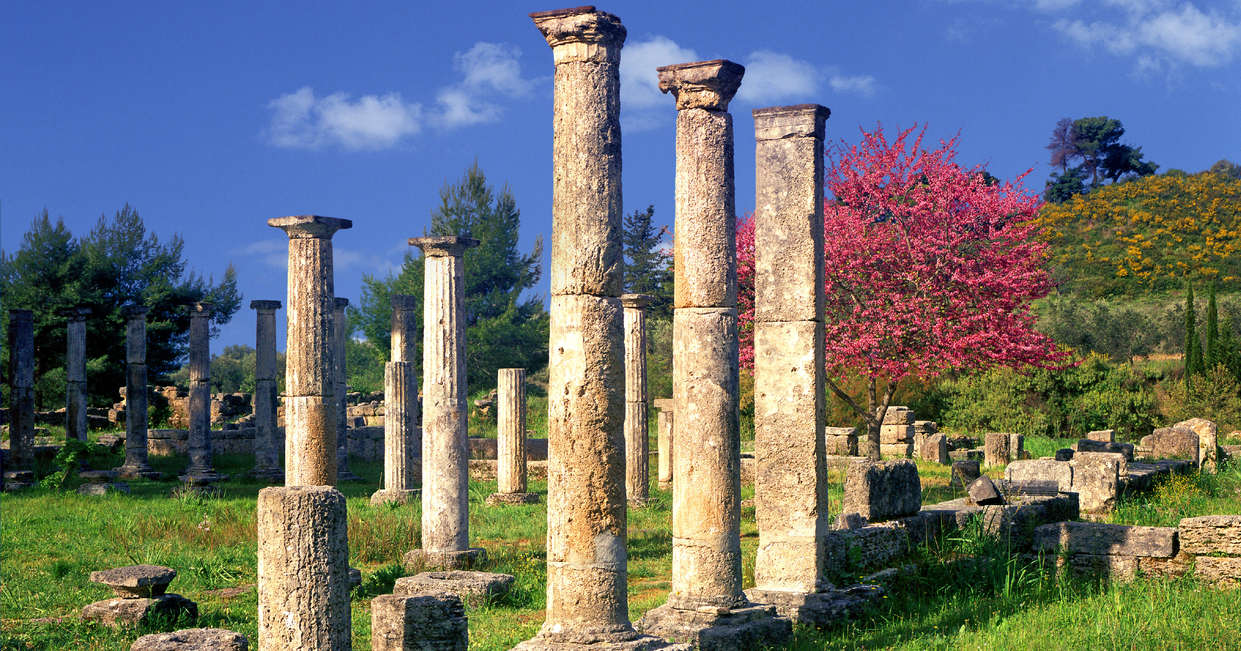 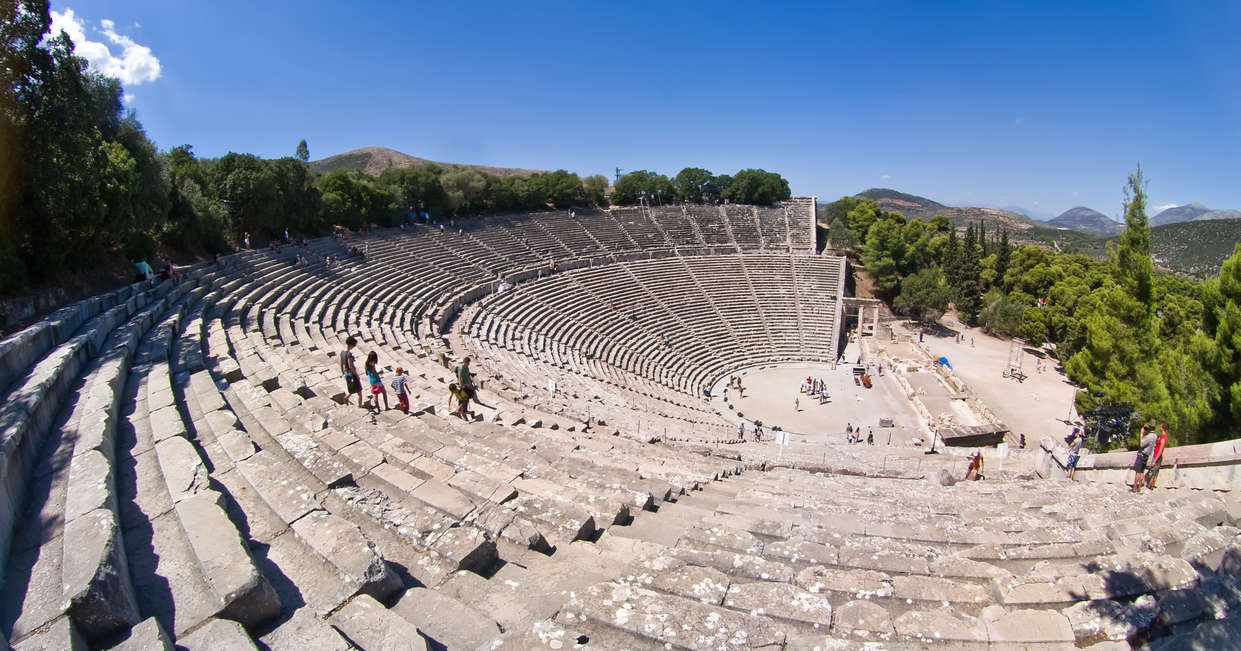 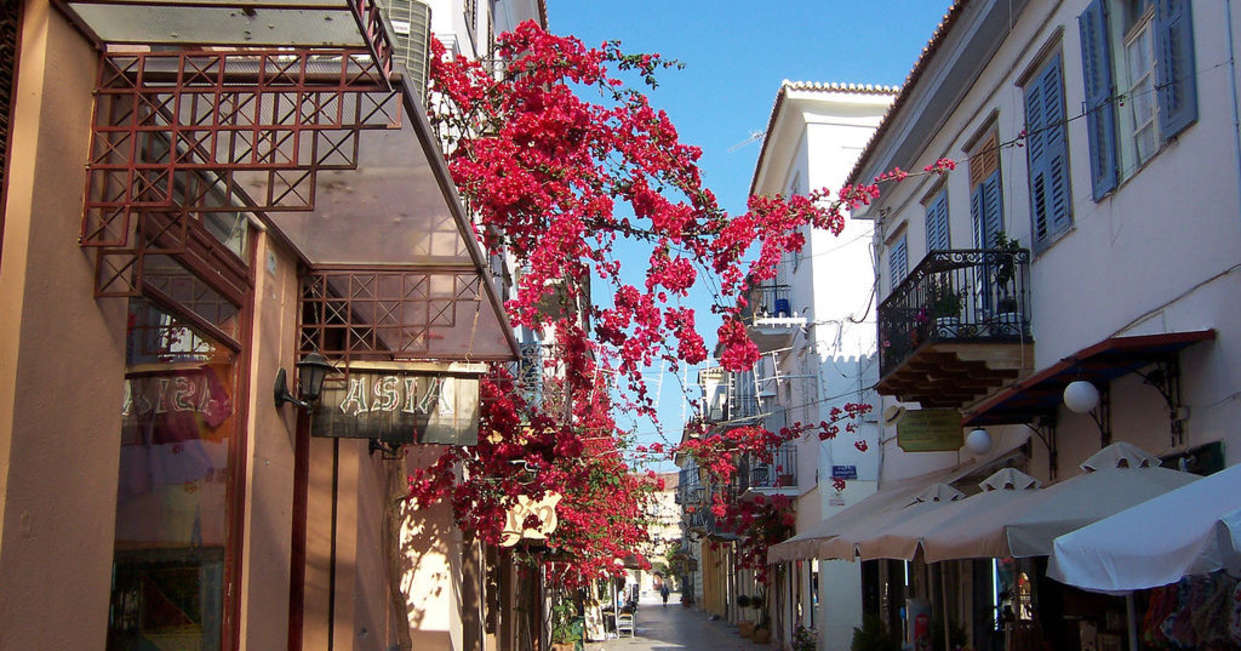 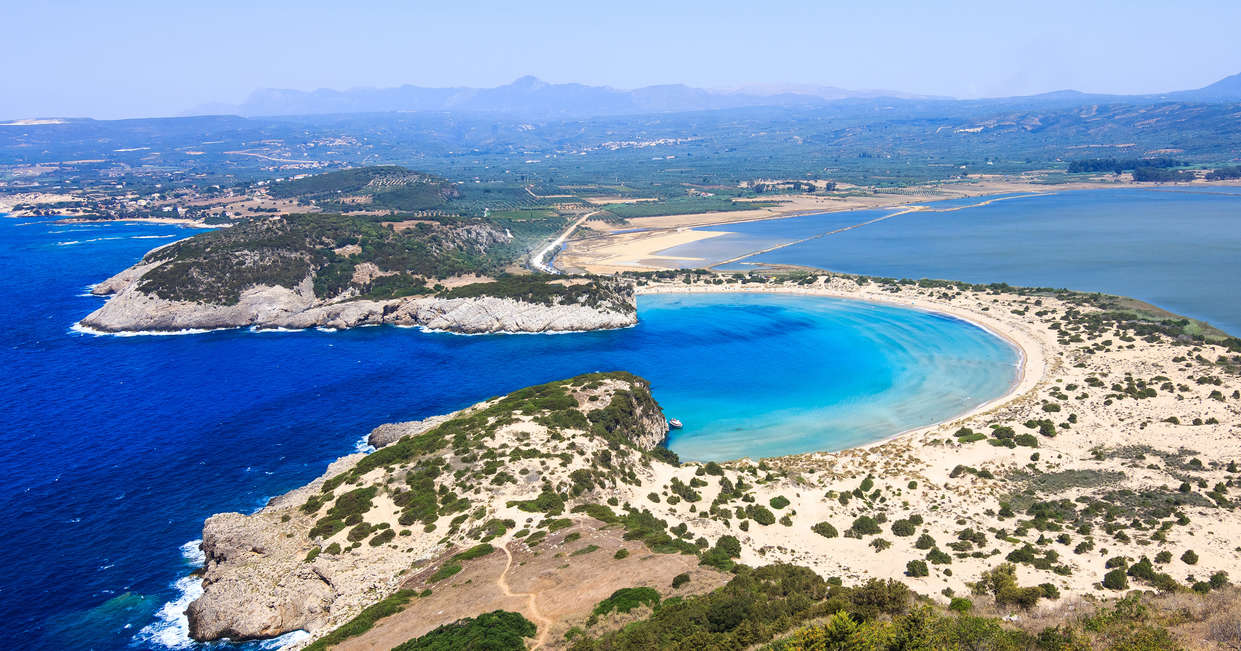 Discover the many historical sites in Greece's Peloponnese region.

Discover the many historical sites in Greece's Peloponnese region, which is steeped in myths and legends. Explore the wild landscapes of the Mani Peninsula, at the southern tip of mainland Greece, with its fantastic sea views.

Day 1: Join tour in Athens
Join tour in Athens and check-in to our hotel. Athens is a heady mix of the ancient and the modern. It has been the capital of Greece for less than 200 years, but has grown rapidly in size in this time.

Day 2: Walking tour of Athens including a visit to the Acropolis
This morning we take an orientation walking tour which will take us past the Parliament buildings, through Syntagma Square and into the Plaka, to soak up the
atmosphere of this old town. You'll notice the contrast between the modern capital and the old city - the well-heeled inhabitants of Kolonaki on the one hand, and the
vibrant Plaka quarter on the other. In the afternoon we head for a guided tour of the Acropolis, a particular favourite. Here are the majestic ruins of the Athens of Pericles - the Propylaea (or marble entrance hall), the Parthenon (built by Ictinos 2500 years ago), the Temple of Athena Nike (the Wingless Victory), and - the monument most venerated by the ancient Athenians themselves - the Erechtheion. Tradition relates that gods Athena and Poseidon quarrelled here. The sea-god struck the rock with his trident, causing salt water to gush out, while Athena struck it with her spear and brought forth an olive tree. As olives were deemed to be more useful, the other gods let her take the city under her protection. Please note that the Acropolis Museum is closed on Mondays.

Day 3: Bus to Nafplion with an orientation walk on arrival
Leaving Athens after an early breakfast, we travel to Nafplion - the first capital of modern Greece and one of the most beautiful coastal towns in the Peloponnese. After checking-in to our centrally located hotel, we will take to the streets with an orientation walking tour of this charming town including the first Greek parliament and fine examples of Byzantine and Venetian churches and buildings. We complete the day with an optional walk around the headland following the coastal path to a beach. The evening is free for further exploration at your leisure.

Day 4: Walk to Palamidi Fortress and an excursion to Epidavros
Today we ascend to the Palamidi Fortress for great views. The Palamidi is actually comprised of three separate fortresses walled together. It was built in 1714 by the Venetians, taken by the Turks the following year, and held until they surrendered it to Kolokotronis after a 15 month seige during the War of Independence. After we make the 850- step ascent to the fortress (taxis are available!) We then travel south east of Nafplion to Epidavros. Dedicated to Asclepius, the healing god and legendary son of Apollo, the sanctuary here was one of the most important of the ancient world, and it remained a site of pilgrimage from the sixth century BC to Roman times. Epidavros is home to one of the greatest and best preserved of all ancient Greek theatres. With its backdrop of rolling hills, this 14,000-seat arena merges perfectly into the landscape, so much so that it was rediscovered and unearthed only in the last century. The acoustics of the amphitheatre are so incredible, it's said that even those sat on the highest tier will hear a coin drop on stage! After exploring the site, we will return by bus to Nafplion to enjoy an evening promenade and maybe dinner at one of the many
harbourfront restaurants.

Day 5: Drive to Areopolis via the ancient ruins at Mycenae
Leaving Nafplion behind us, we first travel north to visit the mighty ruins of ancient Mycenae then south towards the heart of the mani Peninsula. Perched on a hilltop overlooking the modern city, Mycenae is connected to the legend of King Agamemnon who commanded the 10-year long expedition against Troy. The site was unearthed by the archaeologist Schliemann in the 1870's and is prized for its Lion Gate and Royal Tombs. Equally impressive are the 'beehive tombs' which include the Treasury of Atreus: the lintel over the monumental Atreus door weighs over 120 tons! Inside, the structure is awesome: the principal chamber dates from about 1350 BC and emulates the grandeur of the Egyptian pharaohs. Homer's epithets of 'well-built Mycenae, rich in gold; are well born out in the superbly crafted gold and architecture of the tombs found here which can be seen at the museum. This afternoon, we move on to the city of Areopolis, our base for the next few days.

Day 6: Free day in Areopolis with the option to join a trip to Monemvasia
Areopolis is the main town (really a large village) on the Mani Peninsula. It lies some three miles from the sea, quite high up and well located for walks. Today has been left free to soak up the atmosphere of Areopolis, or alternatively take a trip to nearby town of Monemvasia - 'Greece's Gibraltar'. This 13th century Byzantine fortress town occupies a steep, rocky islet which is connected to the coast by a bridge, and it was amongst the first of the Peloponnese fortified towns to be liberated by the Greeks in 1821.

Day 7: Excursion to the Mani Peninsula including Vathia fortified village
The Mani is a naturally isolated and traditionally independent area and the people who inhabit its wild landscape have always resisted change and clung to their ancient traditions. In addition to its interesting history of piracy, the feudal society which developed around the 14th century has left a unique architectural legacy in the form of many marble-roofed towerhouses, once used as a defence against enemy clans and as a sign of family prestige. Today we charter a bus to discover this fascinating region, visiting Cape Tenaro; the southern-most point of mainland Greece, Girolimenas and Vathia fortified village.

Day 8: Drive to the harbour town of Pylos via the ruins of Medieval Mystras
Leaving the Mani, we head north to the abandoned medieval town of Mystras. Clinging to a steep flank of the Taygetos range, some 150 m above the plain, Mystras is silent and ruined today but nevertheless evocative of the people who once lived here and made it prosperous. We wander the cobbled alleyways, exploring the various sun-bleached palaces and houses along the way. Although only ruins remain, the architectural styles and artistic excellence of many wall paintings, mosaics and decorative sculptures are worthy of close inspection. In the Upper Town is the vast arched hall of the Palace of the Despots, with its two standing towers. The beautiful
Pantanassa Church, still used by a few smiling nuns, combines both Byzantine and Gothic elements and has some rather fine frescoes. Crowning the summit is the original Frankish Castle (Kastro) with its breathtaking overview of the plain of Sparta. Walking through this phantom city with its scattered ruins is like taking a journey back through time. Later we continue to the delightful little harbour town of Pylos.

Day 9: Free day in Pylos; chance to visit the Venetian fortress at Methoni
We spend the day in this picturesque place set amid olive trees, rocky meadows and offshore islands. The area around Pylos is ideal for personal explorations, on foot or by local transport. In Pylos the well-preserved Venetian fortress (Neo Kastro) is worth a visit. Alternatively, you could make the journey by local bus to Methoni (10 km to the south), possibly the most beautiful Venetian stronghold in Greece and home to an imposing 15th century castle. Another option is a walk along Gialova Lagoon to a medieval
castle, and on to Nestor's Cave, finishing at a beautiful horseshoe-shaped white sand beach.

Day 10: Visit to Nestor's Palace and tour of the famed sights of Olympia
Driving north,we stop briefly at Nestor's Palace. Nestor, King of Pylos was one of the strongest and richest leaders of the Greeks during the Trojan War and built this once lavishly decorated palace in around 1500 BC. This afternoon we travel to the ruined monuments of ancient Olympia, birthplace of the Olympic games and one of Greece's most renowned historical sites, for a guided tour. The site lies in an enchanting valley setting close to the modern day town of Nea Olympia. The first monuments to be constructed were in the Altis, or sacred grove, and date back to the 10th - 9th century BC. Estimates indicate the games first began in 776 BC, after the worship of Zeus was established. Initially all the principal Greek cities took part in the Olympiads (which were held every four years). As well as wandering through the remains of the gymnasium, wrestling school, stadium and the Temple of Zeus, you could visit the excellent Archaeological Museum (optional) which has many remarkable exhibits on view.

Day 11: Tour of Delphi including the Temple of Apollo
From Olympia, we head north. A scenic drive takes us through the largest olive grove in Greece to reach Delphi, where we have a guided tour. Perched on the rocky slopes of sacred Mount Parnassos (2459 m), Delphi was the perfect setting for mystery and religious prophecy. Here the god Apollo spoke through the medium of a priestess called the Pythia. After drinking the waters of the nearby Castalian Spring, said to echo with the prophetic voices of Apollo's muses, she swooned over intoxicating fumes emitted from a crack in the ground and uttered strange gabblings, which the priests then translated into verse and gave to the faithful. The answers were always so ambiguous that whatever happened they were bound to come true. The site's famous antiquities, including the Temple of Apollo, theatre, stadium and Marmaria Sanctuary are wonderfully picturesque, and the museum contains the much admired 'charioteer'.

Day 12: Drive to Athens for your final evening
This morning there's a chance to take an optional walk to the temple of Athena to stretch your legs before we take the bus back to the capital. Free afternoon in Athens.

Day 13: Tour ends in Athens
Our tour ends this morning in Athens. 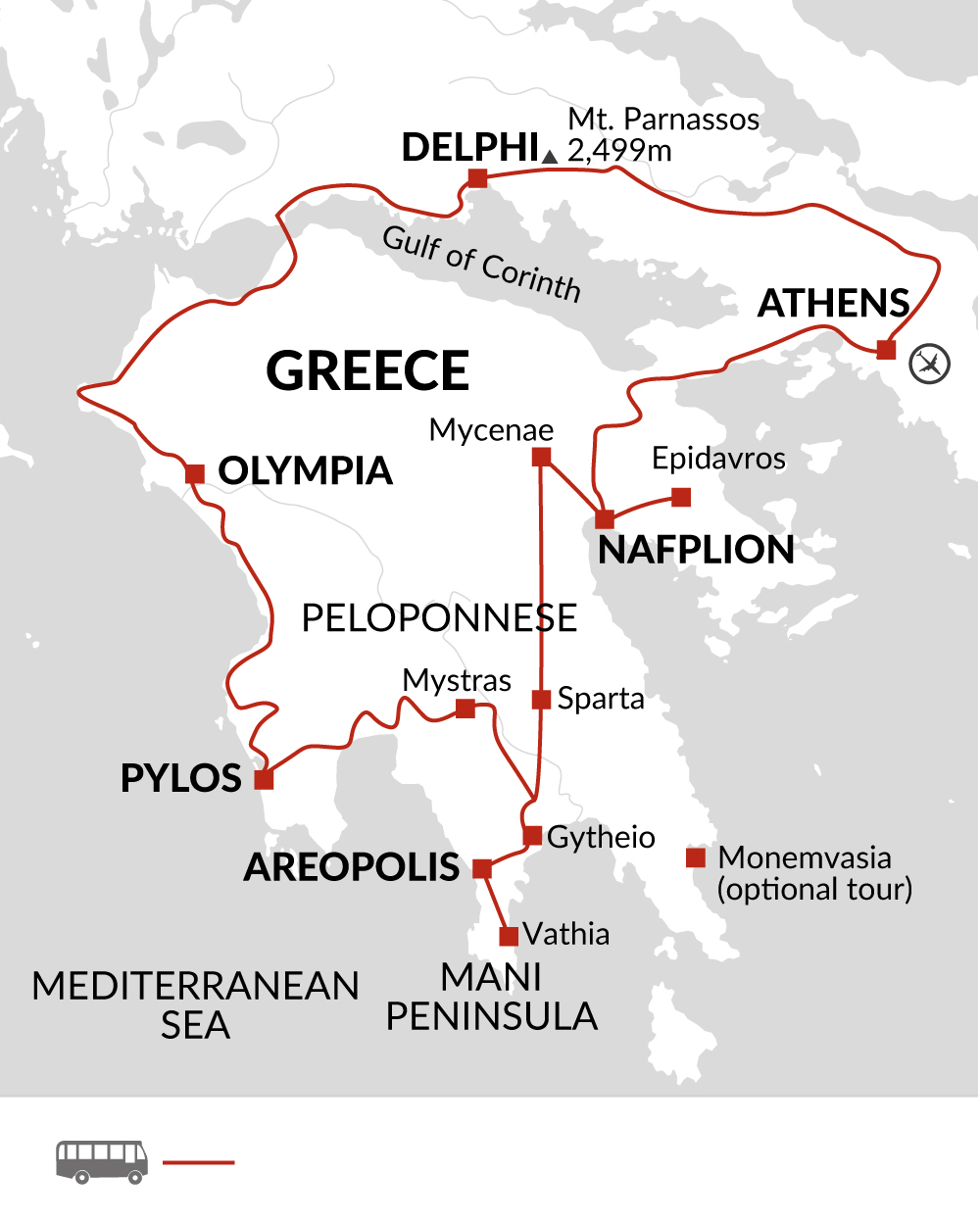 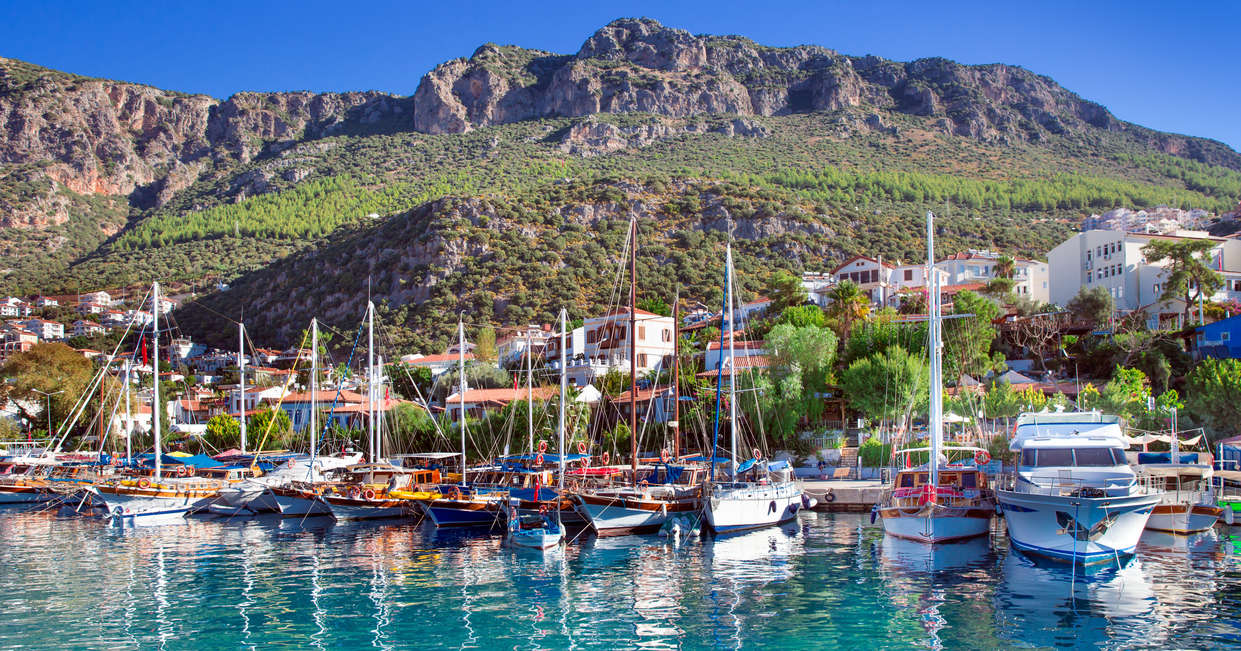 Turkey in Depth 14 Nights from pp 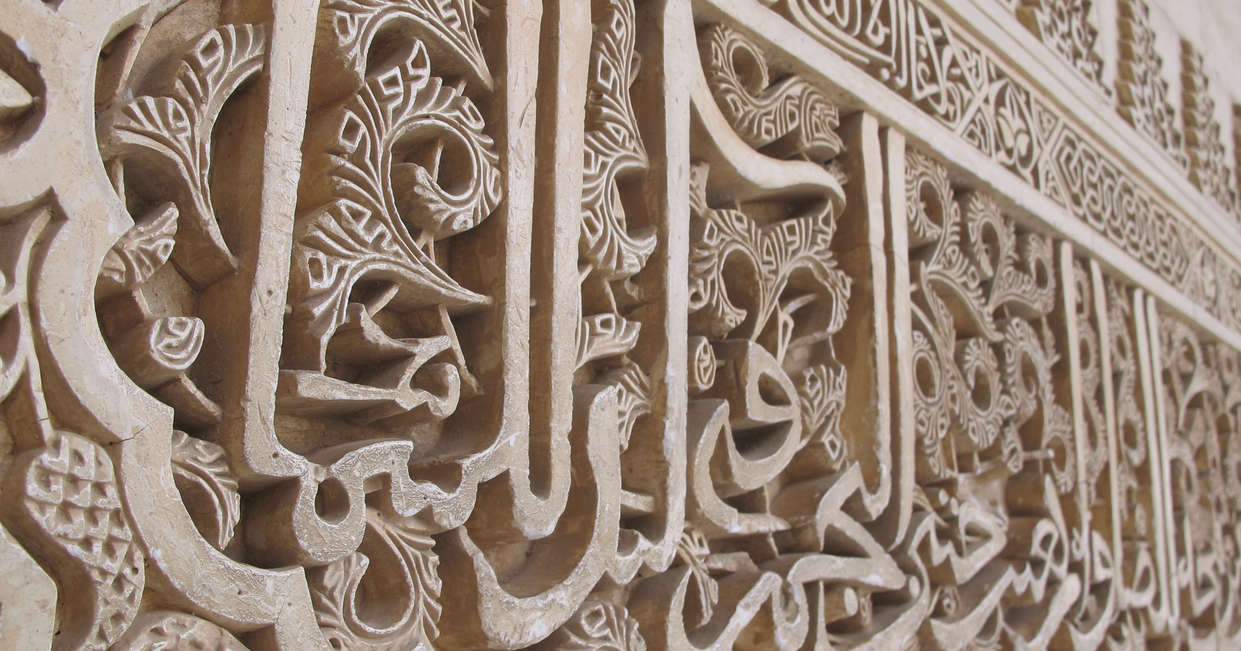 Highlights of Andalucia 7 Nights from pp 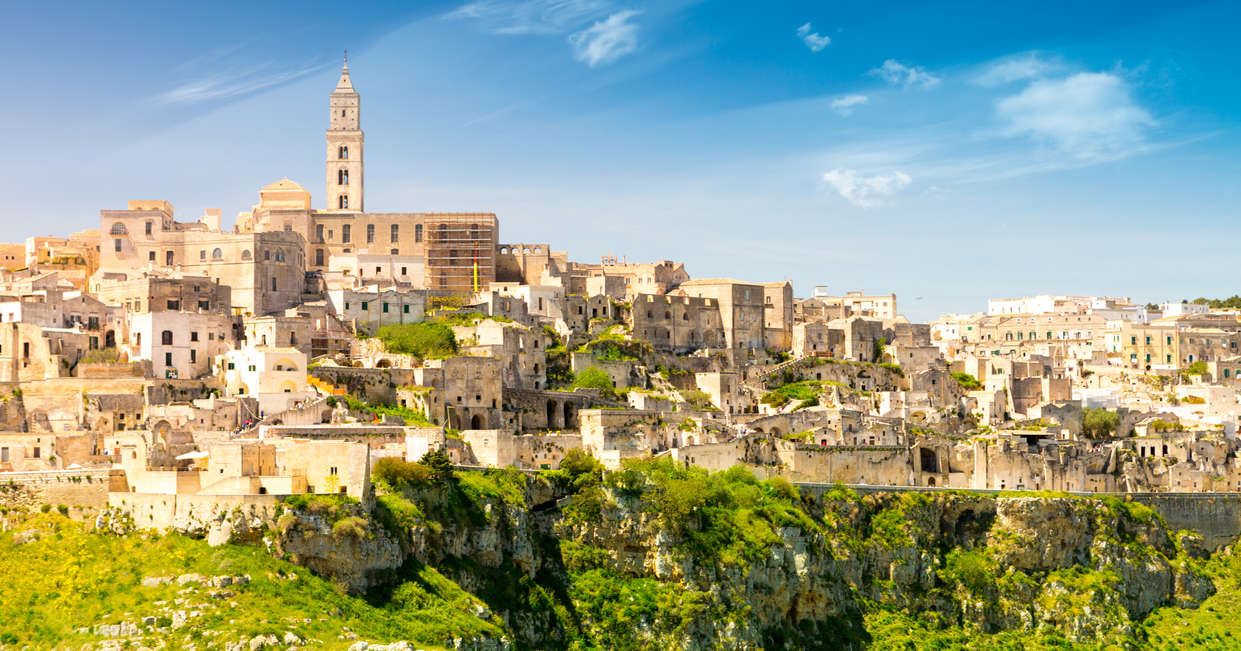 A Taste of Puglia 7 Nights from pp 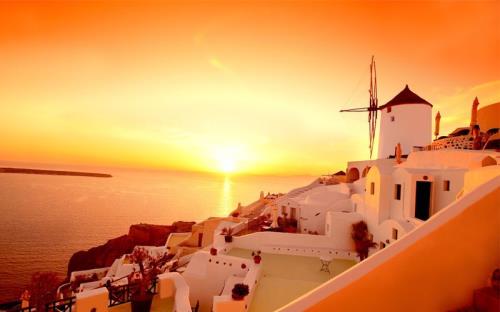 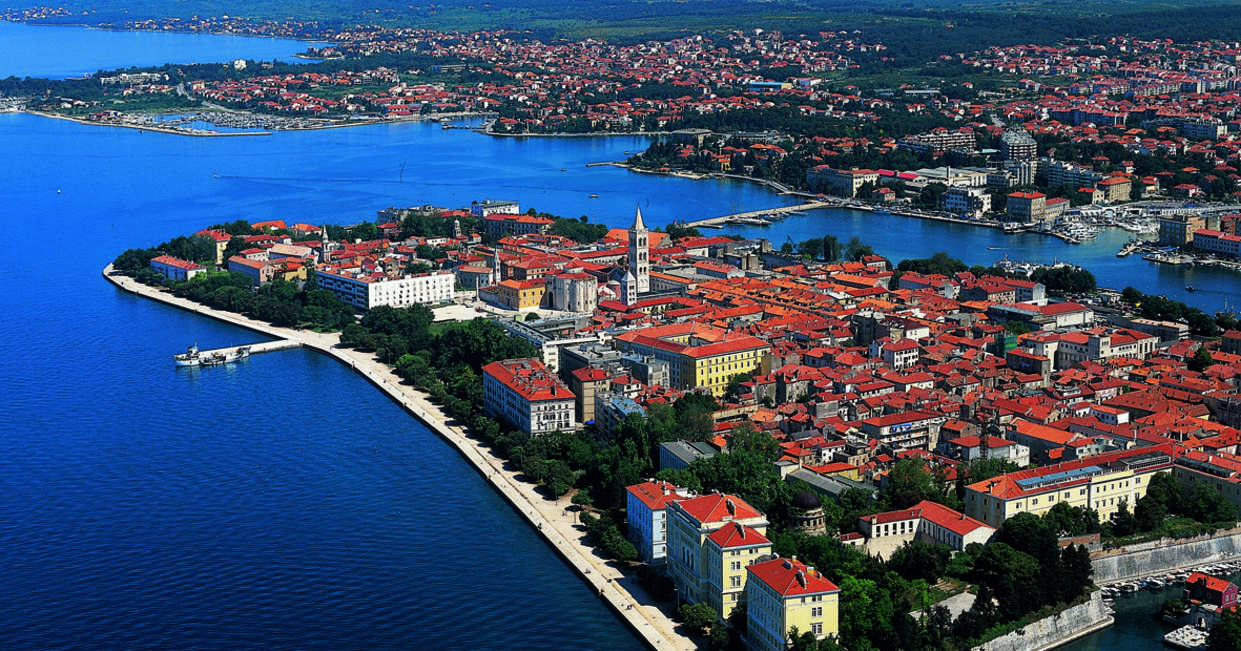 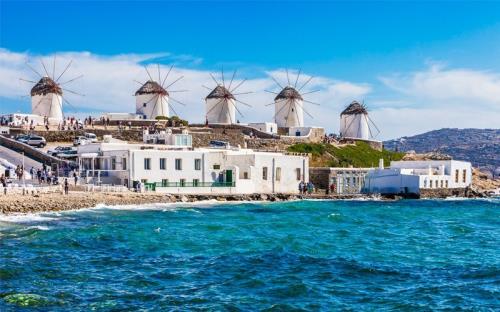